Trump tells police officers: "Don't be too nice" to suspects in custody

In a speech to law enforcement officers on Friday, the president embraced physicality against suspects in custody 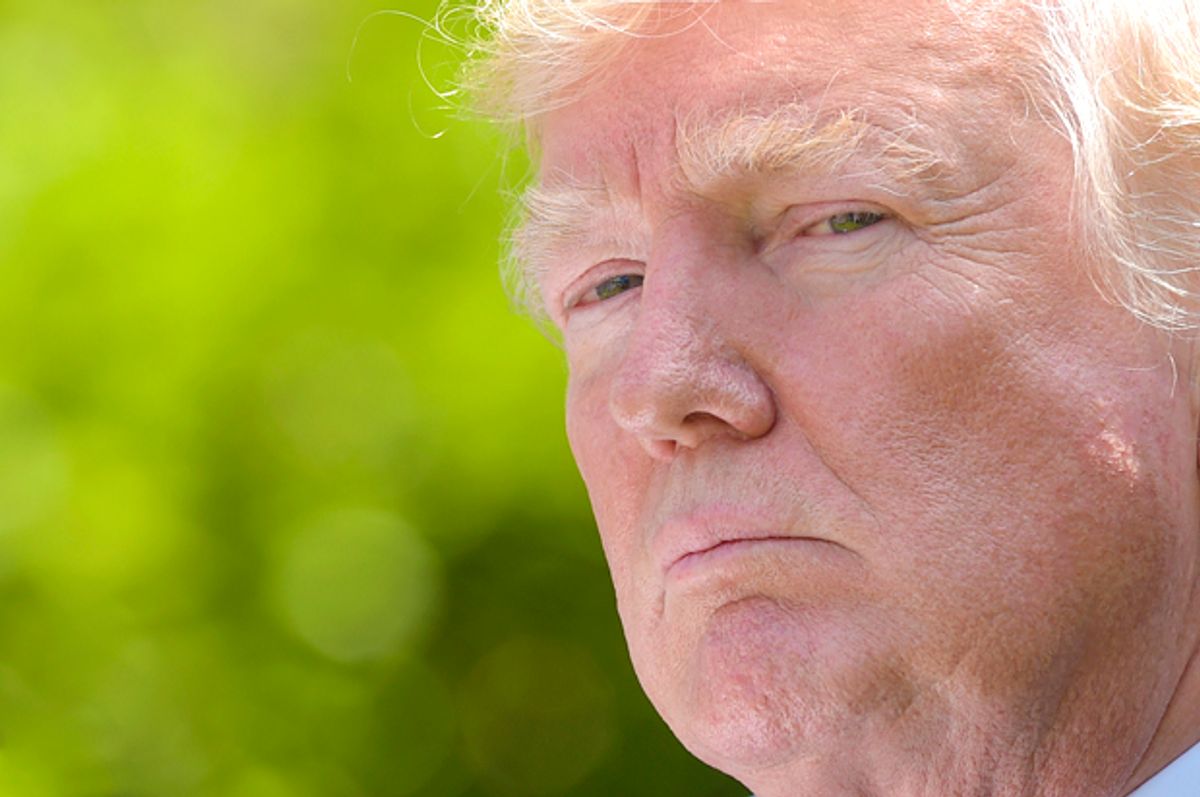 On Friday night President Donald Trump delivered a speech to law enforcement officers on Long Island, New York, in which he advocated for the use of force against suspects in police custody, according to the Washington Post.

Most of the speech was primarily focused on his administration's efforts to combat the violent gang MS-13, but in campaign-like fashion the president also commented on policing in Chicago, health care, immigration and openly embraced physicality towards suspects arrested by law enforcement, according to the Post.

Trump was discussing his plan to enroll an additional 10,000 Immigration and Customs Enforcement (ICE) officers, and said that it was "essential" for Congress to pass the proper funds. Then he discussed how law enforcement officers should handle suspects in custody.

"And when you see these towns and when you see these thugs being thrown into the back of a paddy wagon — you just see them thrown in, rough — I said, please don’t be too nice," the president said. "Like when you guys put somebody in the car and you’re protecting their head, you know, the way you put their hand over? Like, don’t hit their head and they’ve just killed somebody — don’t hit their head. I said, you can take the hand away, okay?" he added, as he was greeted with applause and laughter.

"If you do something wrong, you’re in more jeopardy than they are. These laws are stacked against you. We’re changing those laws," the president added.

The American Civil Liberties Union immediately condemned the president's statements in a series of tweets, and later released a full statement.

"By encouraging police to dole out extra pain at will, the president is urging a kind of lawlessness that already imperils the health and lives of people of color at shameful rates," said Jeffery Robinson, deputy legal director at the American Civil Liberties Union and director of the ACLU’s Trone Center for Justice and Equality.

"And if the police happen to make a mistake and arrest an innocent person? Well, the pain and humiliation they endure is just a small price to pay for our return to being tough on crime. Just remember which communities will pay," he added.

The U.S. has long struggled with combatting excessive, and abusive force from law enforcement. For the third straight year, police are currently on pace to fatally shoot 1,000 people, despite minimal accountability for officers involved in controversial killings. While the president has recently criticized his Attorney General Jeff Sessions for recusing himself from the ongoing Russia investigation, Sessions and the Trump administration have made their policies on handling criminal activity as clear as possible with their efforts to ramp up the war on drugs, and impose harsher prison sentences. All of which has already had a devastating impact on many innocent lives — and disproportionately affected people of color.