Fight for your right to fix your own iPhone 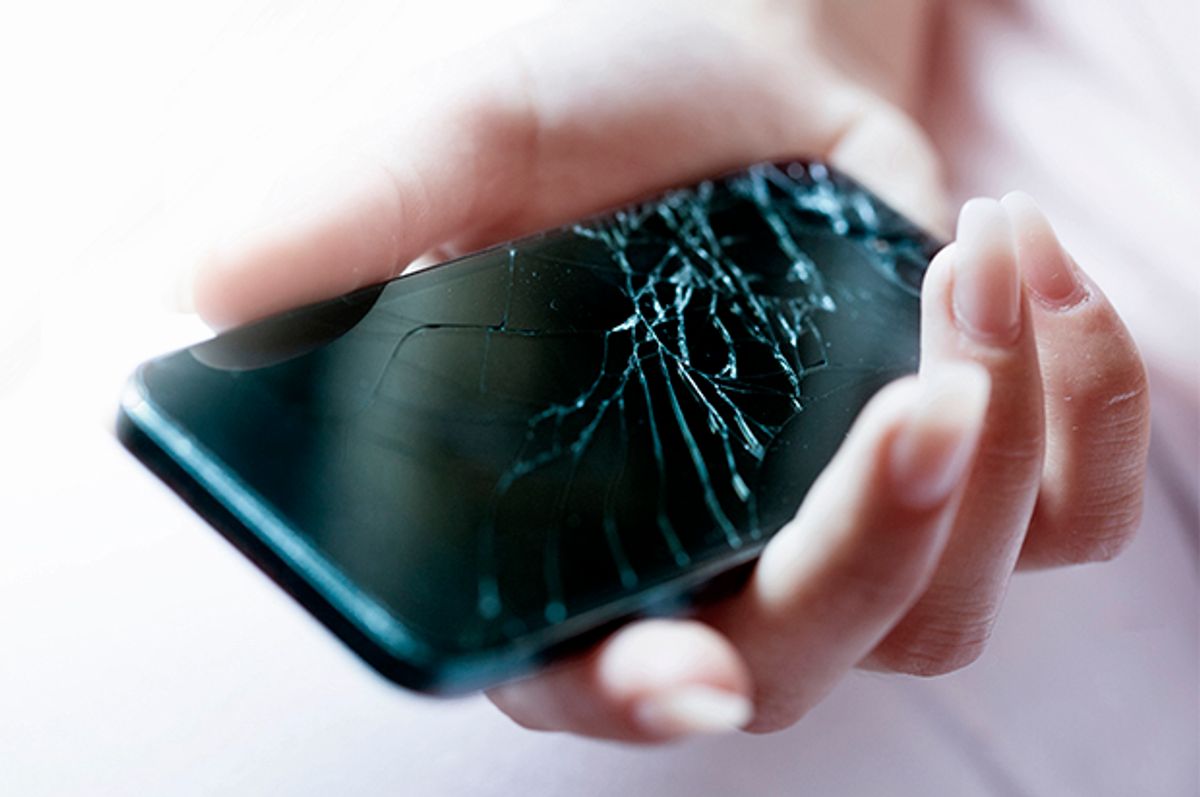 Planned obsolescence has long been a consumer expense and irritation. Now brand-name profiteers are pushing a new abuse: Repair prevention. This treacherous corporate scheme does more than gouge buyers on the original purchase. Using both legal ruses and digital lockdowns, major manufacturers are quietly attempting to outlaw the natural instinct of us humanoids to fiddle with and improve the material things we own in order to charge us to fix it. Indeed, the absurdity and arrogance of their overreach is even more basic: They're out to corporatize the very idea of "owning."

Chances are you've bought an Apple iPad, Chevy Malibu, Amazon Kindle, Samsung TV, GE Frigidaire or some other brand-name consumer product equipped with a dazzling array of digital doodads. And in doing so, you unwittingly consented to the corporation's repair-prevention "gotcha" tucked into its license agreement. But in addition to deceiving and/or intimidating buyers into believing they're legally required to trek to the high-dollar Corporate Tech Genius Store for routine maintenance, powerhouse corporate marketers are increasingly forcing customers to bring all their repair business to them.

Such an attack on individual and independent fixers is unprecedented -- with cabals in industry after industry asserting their ownership control far after sales. This explosive, defining issue of the people's democratic authority over corporate behavior has received little media coverage, is not on the radar of either major political party, and it is not widely understood -- even by people who rely on the repair economy. But that lack of public awareness is about to change. Consumer advocates, small businesses, farm groups, computer activists and environmentalists are coming together in a unified, bipartisan, full-throated rebellion: The "Right-to-Repair" Movement.

This challenge to the collective might of many of the richest corporations on the globe has a solid chance of succeeding because in addition to anger, this corporate overreach stirs a visceral reaction: The profiteers are not merely messing with our "stuff," but with us -- our sense of ourselves as self-reliant, in-charge people.

This year, the grassroots groups got lawmakers in 11 state legislatures to introduce and begin pushing various versions of "Fair Repair" bills. This show of strength has startled the likes of Apple, Deere and IBM, flushing their policies from the shadows and leading the companies to mount public, lobbying campaigns to protect their greed.

The manufacturers' influence peddlers have killed this year's right-to-repair bills in Minnesota and Nebraska, and punted Tennessee's into the 2018 legislative session. But efforts are still alive in Illinois, Iowa, Kansas, Massachusetts, Missouri, New York, North Carolina and Wyoming. Each attempt is a terrific organizing tool to expand the coalition, raise public awareness, extend the effort into other states, and come back stronger next year.

Populist mavericks are now joyously disobeying the corporate order, teaching the rest of us how to become hands-on disrupters of the repair monopoly. One very helpful group is iFixit, a jack-of-all trades wiki that demystifies technology and repair tasks. iFixit obtains and posts repair manuals for every Apple product made in the last decade. It also publishes step-by-step repair guides for thousands of products, from trucks to toasters; invites skilled people to help write open-source repair manuals; shows novices hacks like using a guitar pick as a cheap, effective tool for fixing electronics; hooks people up with local "bike kitchens" and repair collectives; and promotes the fix-it-yourself culture through such means as "repair fairs," with kids joining in the fun of taking apart broken items and making them work again.

People have been fixing stuff ever since stuff  was invented. Tinkering is a natural expression of the human spirit -- and it is folly (not to mention insulting) for corporate executives to think that even their enormous monopoly power will be enough to crush that spirit. As awareness of this attempt by manufacturers to steal such a basic right spreads across grassroots America, so will people's understanding of the rapacious nature of the unrestrained corporate beast -- and that knowledge will fuel the people's determination to rein the beast in. The corporatists' narcissistic arrogance could explode in their faces.