CBS gets grilled on diversity by reporters, but there may be hope for it yet

CBS is ready to expand its palette. But the only color that can inspire its dedication to inclusivity is green 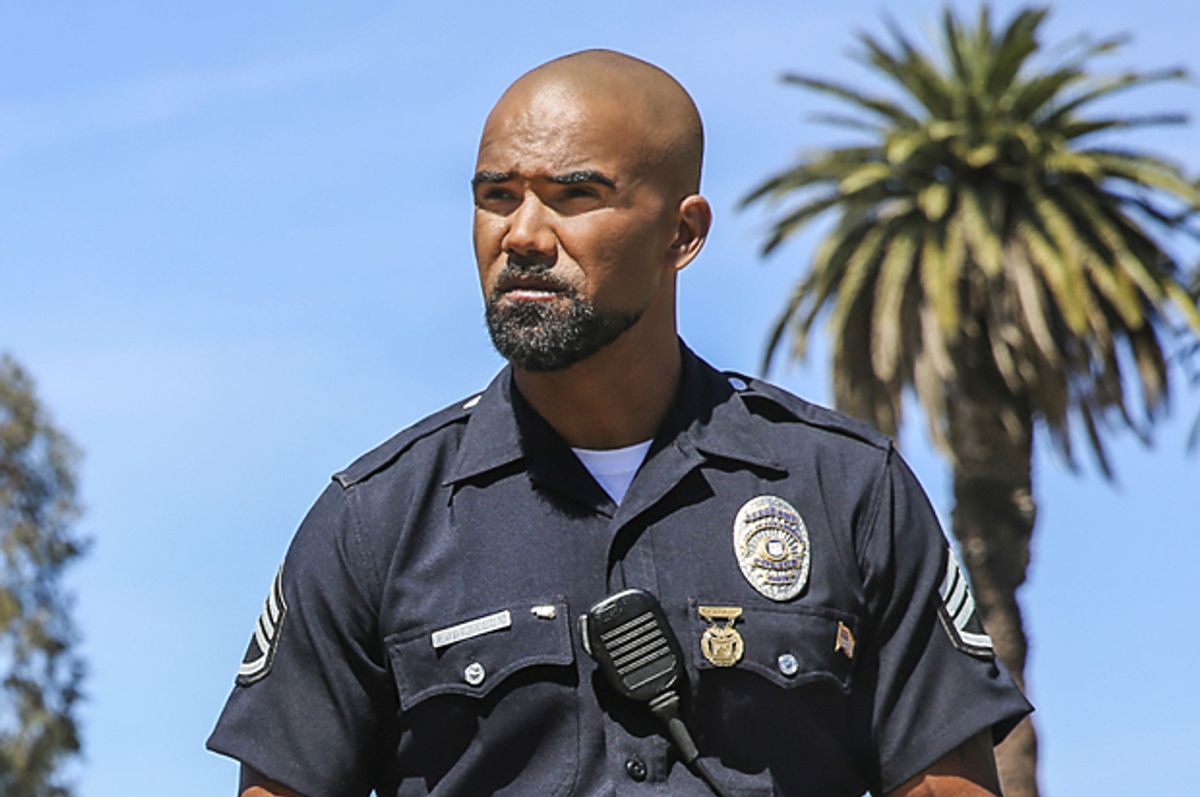 Despite the recent negative press regarding CBS’ track record with diversity, the latest in a string of coverage about this very topic extending back to 2016 and well before that, today I come to praise CBS. And, well, to sort of bury it.

The previous sentence was written mostly in jest; CBS is a giant among broadcasters, the most watched network in the U.S. in addition to the home of the world’s most popular series, “NCIS.” There’s no entombing a behemoth.

But it must be said that for all of its success, CBS seems peculiarly ignorant of the way the world is changing around it. The U.S. census confirms that the American population is steadily becoming more racially diverse. Cable channels and, to a certain degree, CBS’ broadcast competition are beginning to meet this demographic shift by programming their schedules with comedies and dramas led by performers of color.

Yet when CBS executives Kelly Kahl and Thom Sherman appeared before the assembled members of the Television Critics Association for its summer Press Tour, currently underway in Los Angeles, they could only assure reporters that the network is devoted to enacting change without offering much in the way of substantive evidence.

Sherman, the network’s senior executive vice president of programming, told reporters that the network is interested in "expanding the palette of what we do."

"Last week we took our development teams out to the talent agencies for some old fashioned meet and greets and face time," he told reporters. "And we said to them, 'Please tell your clients, Don’t censor yourselves. Don’t assume you know what a CBS show is. Bring us your passion projects. Bring us everything. Bring us all different genres, and let us decide if it fits our mandate going forward.'"

Once the floor opened up for questions, however, it became apparent that the executives weren't ready to talk in depth about other elements of the network's planned palette expansion.

As I pointed out in a previous piece about CBS’s diversity track record, the network’s East coast and West coast casting offices are entirely staffed by white people. And for years, the network has built its brand on series with white male leads, including dramas such as “NCIS,” “Criminal Minds,” last year’s hit “Bull” and “Hawaii Five-0.”

On Tuesday Kahl, the network's entertainment president, pointed out that “if you look at the number of diverse series regulars, that’s up almost 60 percent. The number of writers we have from diverse backgrounds is up over the last few years, as are directors.”

Note the word used to talk about talent viewers see in front of the camera — "regulars.”

In the series mentioned above, the top characters are surrounded by non-white co-stars. If those series regulars exit, they may be replaced by other actors of color — none of whom, as the “Hawaii Five-0” coverage revealed, make nearly as much as a series lead. “Hawaii Five-O” is just one of many shows in which casting minorities in supporting roles acts as a shield whenever reporters call out CBS on this problem.

This is what has passed as casting diversity at CBS for many years.

And this is just what viewers see.

What most people aren’t aware of is that CBS also has recast roles that were originally written to feature minorities with white actors. In a story that The Wrap broke in March, CBS picked up a sci fi pilot called “Mission Control,” whose female lead was written as a bilingual Spanish speaker, partnered with an African American man whose name was supposed to be Malik.

Its midseason series “By the Book,” executive produced in part by “The Big Bang Theory” star Johnny Galecki, cast Camryn Manheim in a role that was originally meant for an African American man. According to an April report in Uproxx, the hope was that making Manheim’s character a lesbian would deflect any criticisms about its decision to reshape the part.

When a reporter asked executives to posit whether a lack of diversity in its casting department might be a root cause for these issues, Kahl replied, “I personally don’t think that has anything do with it. Peter [Golden, executive vice president of talent and casting] and his team have been at this for a long time, and they’re fantastic at what they do. They have cast all the roles I spoke about on CBS, including many, many diverse roles.”

Sherman said, “They’ve been together for a long time. That’s how that’s been,” before adding that the network is “cognizant of the issue and we are looking to expand the casting department.”

It’s important to note that CBS has been taken to task on this very issue, in previous versions of this forum, for many years and by many more people that just yours truly. Last summer The Hollywood Reporter’s Tim Goodman did a fairly solid count of leads of color featured in CBS series stretching all the way back to its 2000 line-up, and let’s just say the list did not take up many inches of copy. Back then, CBS took heat for rolling out a fall 2016 line-up comprised of series led entirely by white male actors.

“Look at CBS' history here,” Goodman wrote. “Look at its audience. Look at how well it has been doing. And then ask yourself if you think the channel is going to change that and if it's going to change that in a hurry. It might push the needle in the very short term, sure. But significantly change? History says no. Because diversity is not the brand.”

On Tuesday morning Kahl and Sherman pointed out that this fall it has improved its track record from 2016 with two new series — one brand new, the other “like new” — featuring minority leads. Those would be “Superior Donuts” (which received a second season despite very low ratings) and “S.W.A.T.”, which stars Shemar Moore.

Here’s where I stop tossing dirt at the woolly mammoth, because “S.W.A.T.”, which is executive produced by Shawn Ryan (“The Unit,” “The Shield”) and Aaron Rahsaan Thomas, is actually a highly enjoyable action series. Is it a formulaic, by-the-numbers procedural? Absolutely. But that’s also very much on-brand for CBS, which is a good thing because it’s the type of show the network knows how to promote and schedule effectively.

Should it find success domestically and internationally — especially internationally – “S.W.A.T.” could open the door another inch for CBS to welcome in more series written with minorities in mind and, perhaps even cast with lead actors of color. Maybe.

You see, chastising CBS about their longstanding inclusivity failures achieves nothing if there isn’t a property to which people can point that generates green, and that’s the network’s favorite color. If Moore, an actor who has spent more than two decades as part of CBS’s star-making system, becomes one of the faces of the network overseas, that’s a positive development for other black, Latino, Asian and Native American actors.

But as another reporter pointed out, the powers that be at CBS must be willing to expand their search for actors to cast in projects beyond the same well of talent that they’ve been drawing from year after year, and devote the same dogged energy to making stars out of non-white actors as it does to the Alex O’Loughlins and Lucas Tills of the world (and if you’re asking yourself, “who is Lucas Till?” you are making my point).

Keep in mind, this story only refers to ethnic diversity. CBS, the network of “Madam Secretary,” doesn’t have a single new series debuting this fall that features a female lead. Over the past five years it’s only featured three series led by women of color, with Halle Berry in “Extant,” Lucy Liu as the co-lead of “Elementary” and Maggie Q co-starring in “Stalker.”

Kahl also mentioned that in midseason, CBS will feature a series with a lead character who is gay. This is similar to a point made last year by then-CBS president Glenn Geller, who suddenly sang the praises of the 2016 midseason offering “Superior Donuts.”  As other reporters in the room pointed out, we’ve heard this before. Odds are we will hear something similar to it again.

There is no burying a mammoth, even as the world evolves around it and its competition shifts to meet that evolution. All we can do is point out the tar pits that lay in its path and wait for it to change its course.