J. K. Rowling apologizes for anti-Trump tweet, but not to Trump 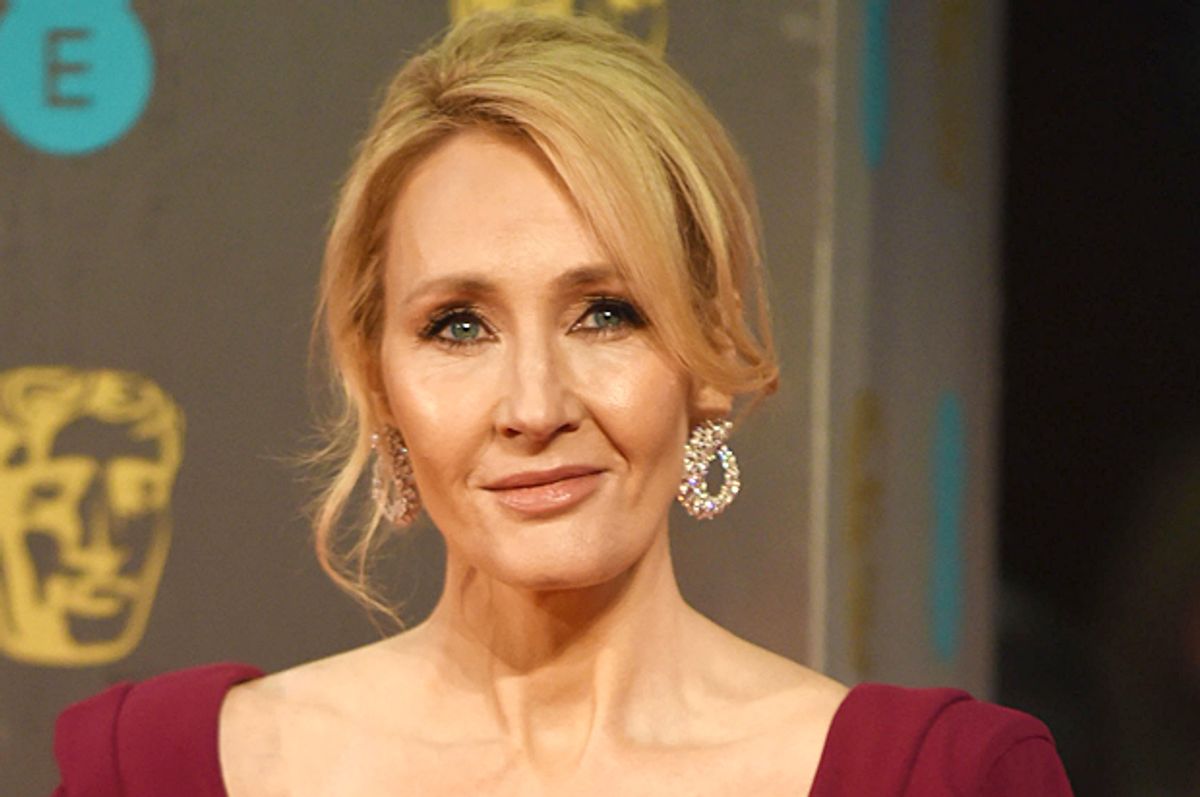 J. K. Rowling, the acclaimed author most famous for the internationally bestselling "Harry Potter" series, has apologized for incorrectly accusing President Donald Trump of refusing to shake hands with a disabled 3-year-old child — though her apology did not extend to the president himself.

The apology to the family of Montgomery Weer comes three days after the author issued her initial tweet attacking what she believed was Trump's ableist behavior. Since then, Daily Mail columnist Piers Morgan and many other criticized Rowling for her comments. The boy's own mother subsequently came forward to insist that Trump "didn't snub" her child.

Perhaps most damningly, PolitiFact rated Rowling's tweet with a "Pants on Fire!"

"Her tweets were based on an edited video of a White House press conference that had circulated online," PolitiFact wrote. "The full video of the event showed Trump did greet a 3-year-old boy with spina bifida. In her rush to defend a disabled child, Rowling reacted to only a snippet of video, without taking the entire event into consideration. She also did not respond to calls for her to recant her criticism."

Rowling has been outspoken in her criticisms of Trump, with her tweets usually packed with wit-laced contempt for the mogul-turned-Republican-turned-president.

While it's easy to criticize Rowling for her tweet-based error, it's admirable that she continues to use her high-profile platform to take a political stance. It's a tendency that her critics, Morgan in particular, have found controversial.

What's more, Rowling deserves at least some credit for apologizing to the individuals who warranted one (the disabled child and his family). Apologies of any sort are rare enough these days.

As for the fact that she did not offer the same to the president, it's important to remember that, while she was incorrect, this is the same man who mocked a disabled reporter in front of thousands during the 2016 election. That's just one example of the president's pronounced ableism.

Trump certainly deserves to benefit from a correction over this fake news, but it's arguable that apologies should be reserved for the innocent and worthy — those who themselves realize their wrongdoing and apologize for it.

Trump, with his regular stream of disdain for the disabled, is not the true victim here.