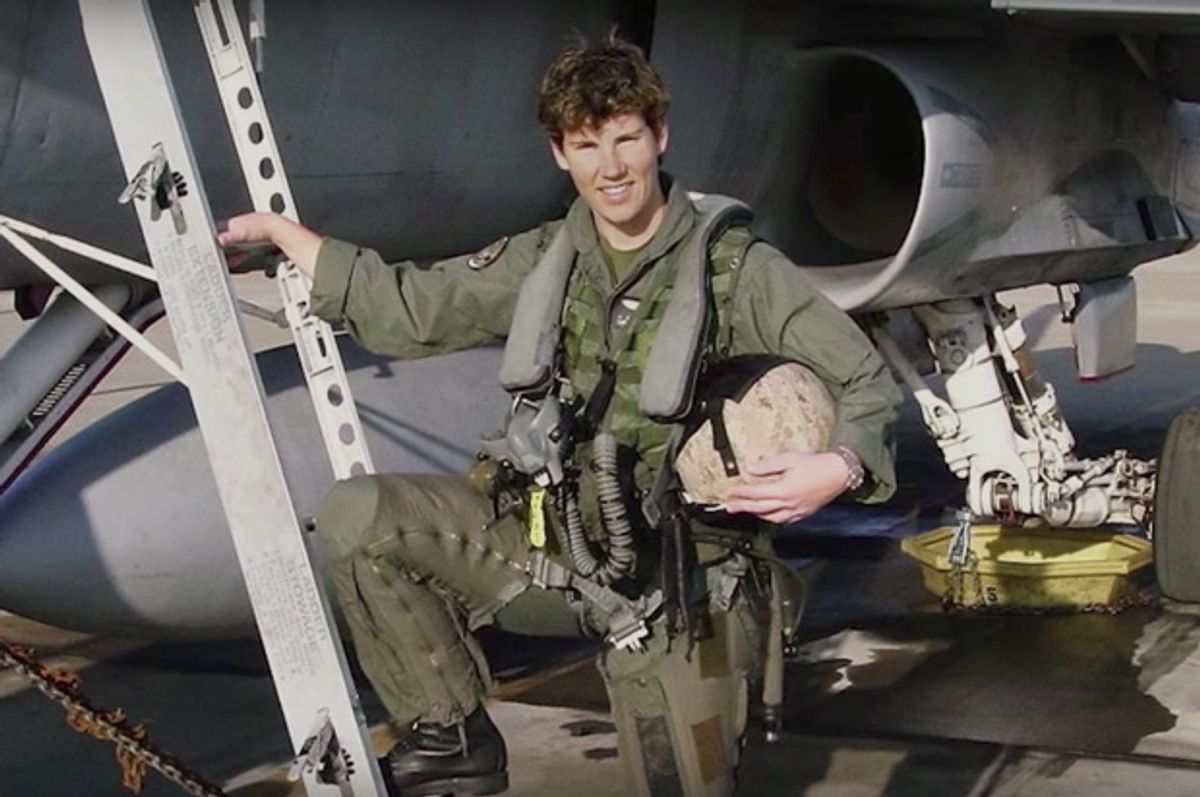 Retired Marine Lt. Colonel Amy McGrath has announced her campaign against Republican Rep. Andy Barr for Kentucky's Sixth Congressional District in a powerful new ad on Tuesday. McGrath, a retired fighter pilot, is fighting for Barr's seat, and is seeking the Democratic party's nomination for the congressional primary in 2018.

The ad, titled "Told Me," highlights McGrath's military service, a move that is reflective of the Democratic Party's move to recruit more veterans to take back the House in 2018, according to Politico. “I just feel strongly that we need better leaders,” McGrath said in an interview about her campaign. “We need more people who care less about their own political future or career, and we need more people who have been public servants in other ways to run for office.”

McGrath's announcement centers on the obstacles she overcame during her service, including her accomplishment of being the first woman in the Marines to fly in an F-18 in combat.

"When I was 13, my congressman told me I couldn't fly in combat. He said Congress thought women ought to be protected and not allowed to serve in combat," she says in the ad. "I never got a letter back from my senator, Mitch McConnell."

"Then I got into the Naval Academy, and wouldn't you know, that's when they changed the law," she continued. "I'm Amy McGrath and I love our country. I spent 20 years as a U.S. Marine, flew 89 combat missions bombing al Qaeda and the Taliban."

In the ad, McGrath calls Bar the "hand-picked congressman" of Senate Majority Leader Mitch McConnell, while pointing to his enthusiasm to "take healthcare away from over a quarter-million Kentuckians."

Barr has represented the sixth district of Kentucky since 2013. In 2016, Barr won his re-election bid by over 20 points, beating out Nancy Jo Kemper.

The ad was designed by Democratic campaign veteran Mark Putnam, who worked on Barack Obama’s 2008 and 2012 campaigns. But McGrath was sure to make clear that she was not recruited to run by party officials.

"I want to make that very clear. I was never recruited by the Democratic Party. I recruited them," she told the Associated Press. "I believe that veterans running for office is good for the country in general, no matter what party."

Watch "Told Me" below.