A senior EPA official is leaving because of what Donald Trump, Scott Pruitt are doing to it

Betsy Southerland is leaving the EPA because of the policies of its new administrator, Scott Pruitt 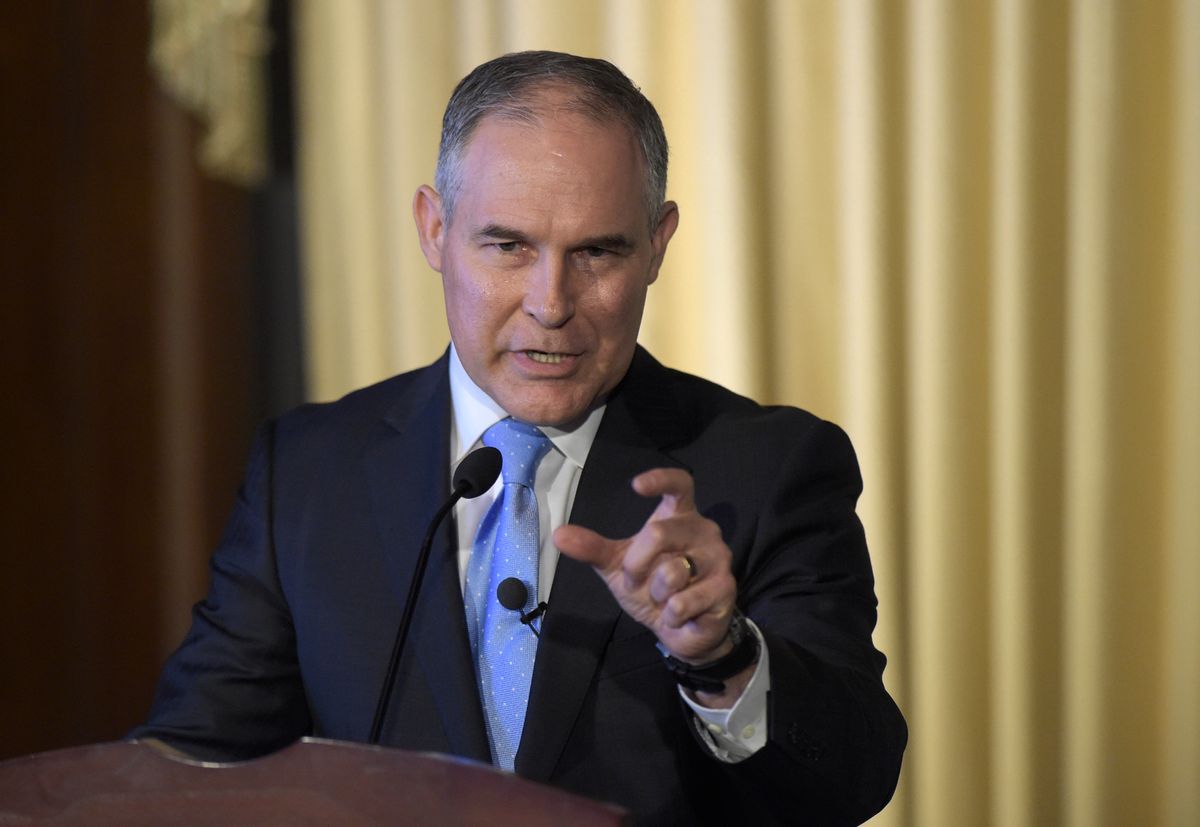 Employees at the Environmental Protection Agency have been speaking out against President Donald Trump's policies since as far back as two months ago. Now one senior official in the agency is leaving because she just can't stand it anymore.

Elizabeth "Betsy" Southerland is leaving the EPA after working there for more than 30 years, according to a report by Axios. In the memo explaining the reasons for her departure, she singled out the agency's new (and Trump appointed) administrator Scott Pruitt.

"In his first address to EPA staff, the new Administrator admonished us for acting outside legal mandates and running roughshod over states’ rights," Southerland wrote, adding that the "EPA has always followed a cooperative federalism approach since most environmental programs are delegated to states and tribes who carry out the majority of monitoring, permitting, inspections, and enforcement actions." She also noted how the Trump administration is defunding environmental initiatives on the state and local level as well as the federal one.

Southerland's memo contained harsh criticisms for Trump's policy of requiring two environmental regulations to be repealed for every new one that is implemented. Since this would create an impossible set of decisions for EPA administrators, Southerland argued that "faced with such painful choices, the best possible outcome for the American people would be regulatory paralysis where no new rules are released so that existing protections remain in place."

She also singled out the administration's policy that "any environmental protection rule promulgated at any time in the past may be repealed by this administration, as well as any science or technical document ever published by EPA."

It is possible that Southerland's departure may foreshadow bad press to come for the Trump administration over its environmental policies. A new survey by Yale University and George Mason University found that majorities of voters believe climate change is primarily man-made and that it behooves Trump and Congress to do something about it.