Franken never lost his comedic chops, but he reveals one senator in particular never had them in the first place 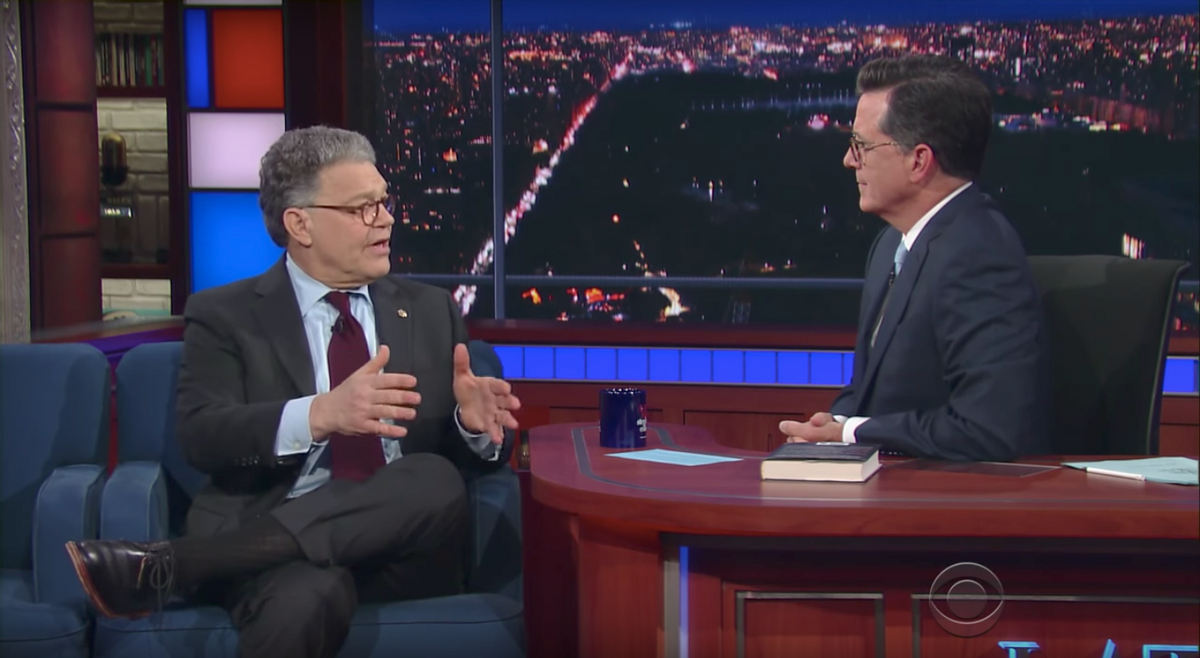 Sen. Al Franken, promoting his new book on "The Late Show" Tuesday night, shared with host Stephen Colbert which of his colleagues are attuned to humor.

To start the interview, Colbert noted that Franken was a successful comedian before he entered Congress. Colbert asked if there were any other senators who were funny, "because it seems like they are a boring Thunderdome."

"Actually, a lot of my colleagues are funny," Franken answered. "That's how I bond with them."

The Minnesota senator recalled the time he was first sworn into office. DeMint was one of his first colleagues to great him.

Franken also said that Graham, who briefly ran for president in 2016, is "very funny."

"I went up to him in the Senate and said, 'Lindsey, if I were voting in the Republican primaries, I'd vote for you.' And, without hesitation, he said, 'That's my problem,'" Franken said.

Surprisingly, there are some senators that aren't particularly funny, Franken revealed.

Sen. Tom Coburn from Oklahoma — known as "Dr. No" partly because he was a physician in his old life, but mostly because he says no to any kind of federal funding — was the first senator to come to Franken's mind.

"He will admit he does not have a very good sense of humor, so the first three or four interactions we had kind of missed," Franken said.

The former "Saturday Night Live" star said he arranged a breakfast with Coburn one day so that the two could get to know each other. The breakfast started off with a joke that went over Coburn's head.

"I said, 'Let me ask you this . . . to be a doctor in Oklahoma, do you need to have any formal education?' And he said, 'Yes, you need to go to medical school!'" Franken recalled.

"I said, 'O.K., Tom, that was a joke. That's what I used to do in my career,'" Franken said. "And for the rest of the breakfast we had a really great time and I explained to him what jokes were."