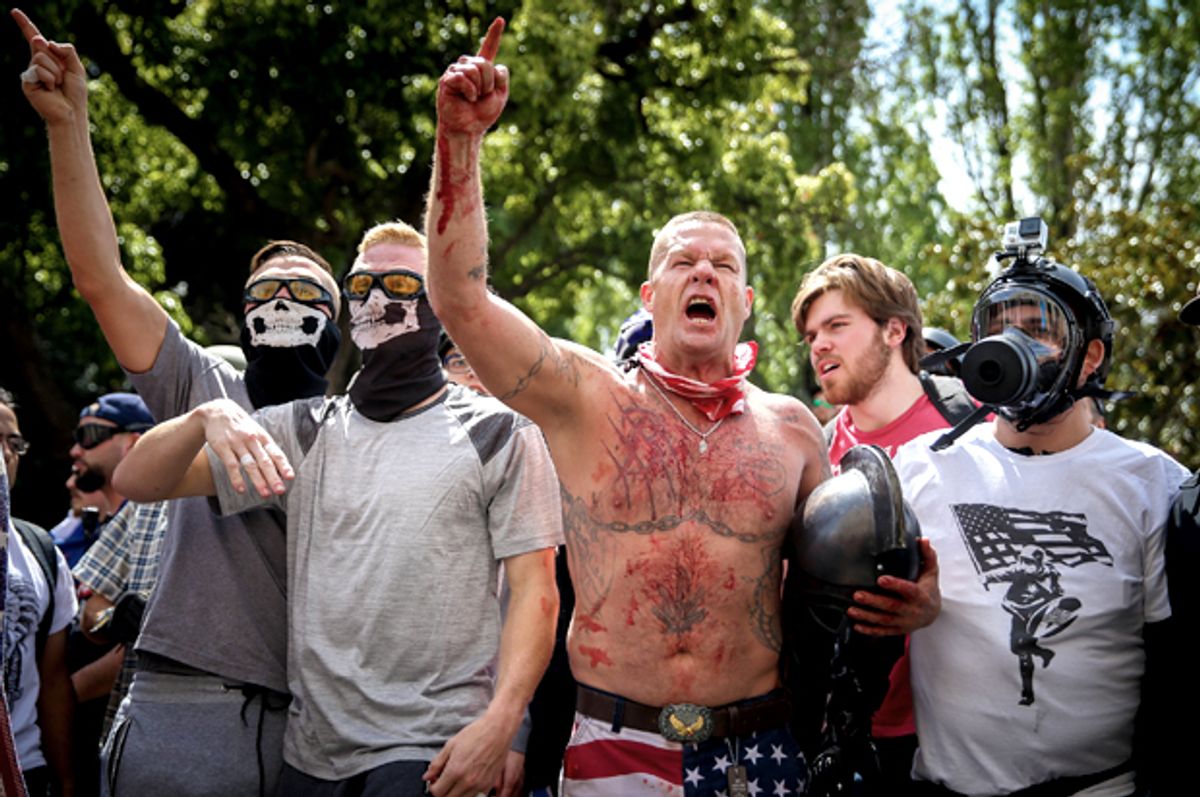 President Donald Trump's poll numbers continue to fall, particularly among his most crucial constituents: whites without a college degree.

Quinnipiac's poll was divided into demographics, which gives a peek into how different groups view the president. Overall, white men were divided on Trump, with 47 percent saying they approve of the president and 48 percent registering disapproval. Republicans still heavily favor the president's performance, with 76 percent approving and only 17 percent disapproving.

This suggests that the demographic that pushed Trump to victory in 2016 might be souring in its feelings towards him. Indeed, following Trump's election victory, a Pew research poll reported that his "margin among whites without a college degree [was] the largest among any candidate in exit polls since 1980."

An overwhelming 67 percent of non-college whites supported Trump, as opposed to only 28 percent who supported Hillary Clinton. Whites without a college degree also find the president unfavorable — 49 percent — opposed to 45 percent who view him favorably. However, 51 percent of non-college whites are still optimistic about the next few years under Trump, while 45 percent said they were pessimistic.

As for character traits: 71 percent of voters said Trump was not level-headed. Only 26 percent said he was.

"It's hard to pick what is the most alarming number in the troubling trail of new lows for President Donald Trump," said Tim Malloy, assistant director of the Quinnipiac University Poll. "Profound embarrassment over his performance in office and deepening concern over his level-headedness have to raise the biggest red flags."

"The daily drip drip of missteps and firings and discord are generating a tidal wave of bad polling numbers," he added.

When it comes to Russia, 58 percent believe the president "has attempted to derail or obstruct the investigation into the Russian interference in the 2016 election," according to the poll.

In the past, Trump has either ignored, or attempted to publicly delegitimize polls. When he was satisfied with numbers from a specific poll in June, he cited a Rasmussen poll which had his approval rating at 50 percent.

In the Rasmussen poll released on Wednesday, his approval rating sat at 38 percent, while 62 percent disapproved. "Trump’s overall approval numbers this week are lower than any Barack Obama received during his entire presidency," Rasmussen reported. Let's see if Trump takes notice.