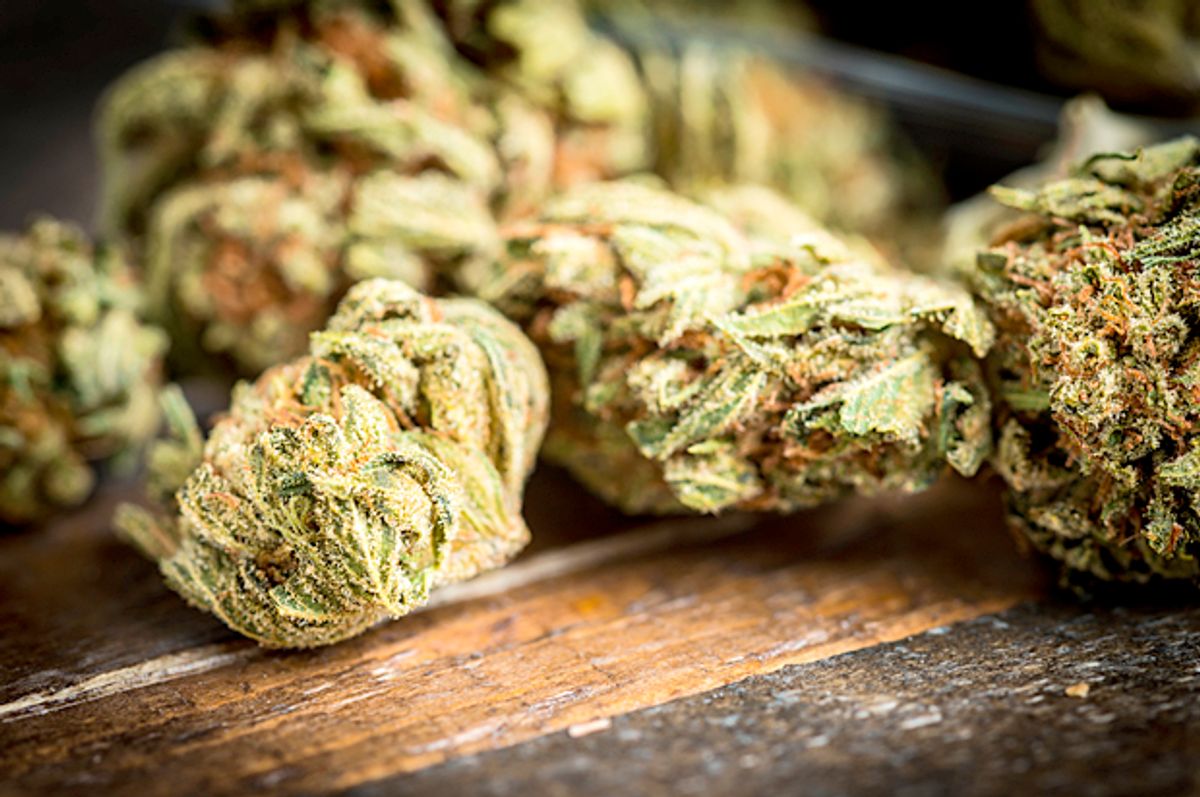 On Wednesday, a bill in Congress will be introduced to legalize marijuana on the national level — ending the decades long prohibition. The Marijuana Justice Act proposed by Sen. Cory Booker D-N.J. aims to, "retroactively expunge people who have been convicted of use and possession of marijuana," "[create] incentive[s] for states to change their laws, which will stop them from enforcing the law in an unjust manner," and "[give] communities devastated by marijuana laws will be able to apply for reinvestment funds, to help pay for community centers, public libraries, youth centers, and other infrastructure and social needs."

The former mayor of Newark seems to understand the greatest outstanding problem with marijuana's current legal status: The criminalization and incarceration of an entire generation of black men.

While whites and blacks use marijuana at similar rates, blacks are four times more likely to be arrested for marijuana possession and face harsher, longer sentences when they are convicted for it. Moreover, the hunt for weed by police has made simply walking down the street a risk for black men and women — frisking for marijuana has been used as means of detaining, intimidating and sometimes framing African Americans for decades.

Even if America seems more friendly toward pot these days, the overall issue with marijuana incarceration isn't going away either.

Although the majority of U.S. states have decriminalized marijuana to some extent and 61 percent of Americans support its legalization, it's unlikely that the Republican controlled House and Senate will vote in favor of this landmark bill. Even if they did, President Donald Trump seems unlikely to sign such a bill into law and Attorney General Jeff Sessions — who once said "good people don't smoke pot" — would provide resistance to it at every stage.

This is not to say that Democrats have historically had a green thumb either. For instance, Democratic candidate Hillary Clinton was in favor of medical and decriminalization, but stopped short of supporting full-legalization. Indeed, Booker's move is somewhat of a turn in policy for the party and for black politicians — who usually support the anti-drug positions of the older, church-going arms of black constituencies — as well.

Yet, even with the various, likely insurmountable roadblocks in front of this bill, it seems a preview of things to come on the Hill — particularly that billions of taxable dollars are already flowing through legal-weed markets in states such as California.