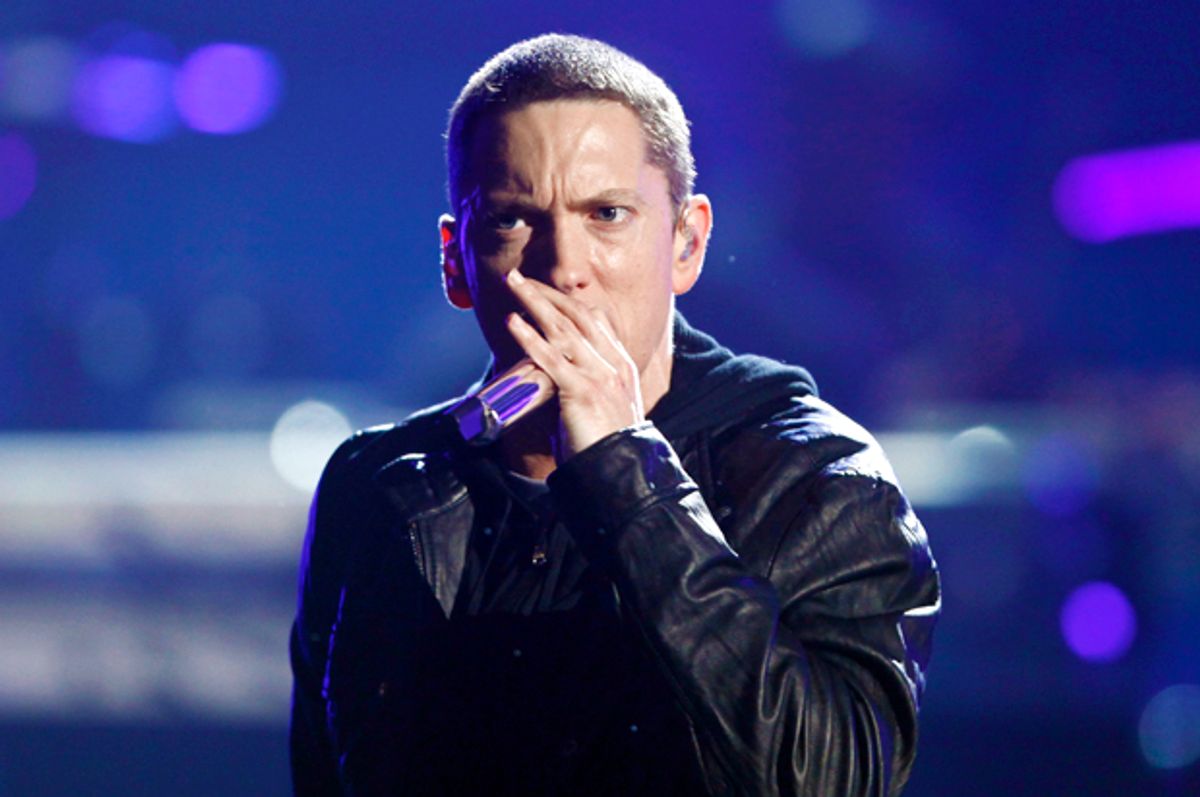 Shady's back again with a new film about the battle rap scene. This time, he will serve as the producer of "Bodied," a satirical film about a graduate student who stirs controversy on campus when his thesis subject on battle rap becomes more than just scholarly work.

The trailer, which debuted earlier this week ahead of the movie's screening at the Toronto International Film Festival, shows a different tone than Eminem's touchstone project "8 Mile." But rest assured the rap battle sequences are going to be just as stimulating.

The film stars Disney Channel alum Calum Worthy, whose character, by the looks of the trailer, is having a tough time breaking into battle rap. "Battle rap is not boxing. It's a street fight," a voice-over says at the beginning of the trailer. "Words are weapons."

Beyond the tense rap battles, it seems as if Worthy's character will also have to struggle with his school's administration, which doesn't sound too happy about the controversy he is enflaming on campus.

"You know how sensitive the climate is to racism and appropriation," another voice-over says. "The administration is under a lot of pressure to act."