Chris Christie's temper flared when heckled at a baseball game. Yet he calls himself "restrained" 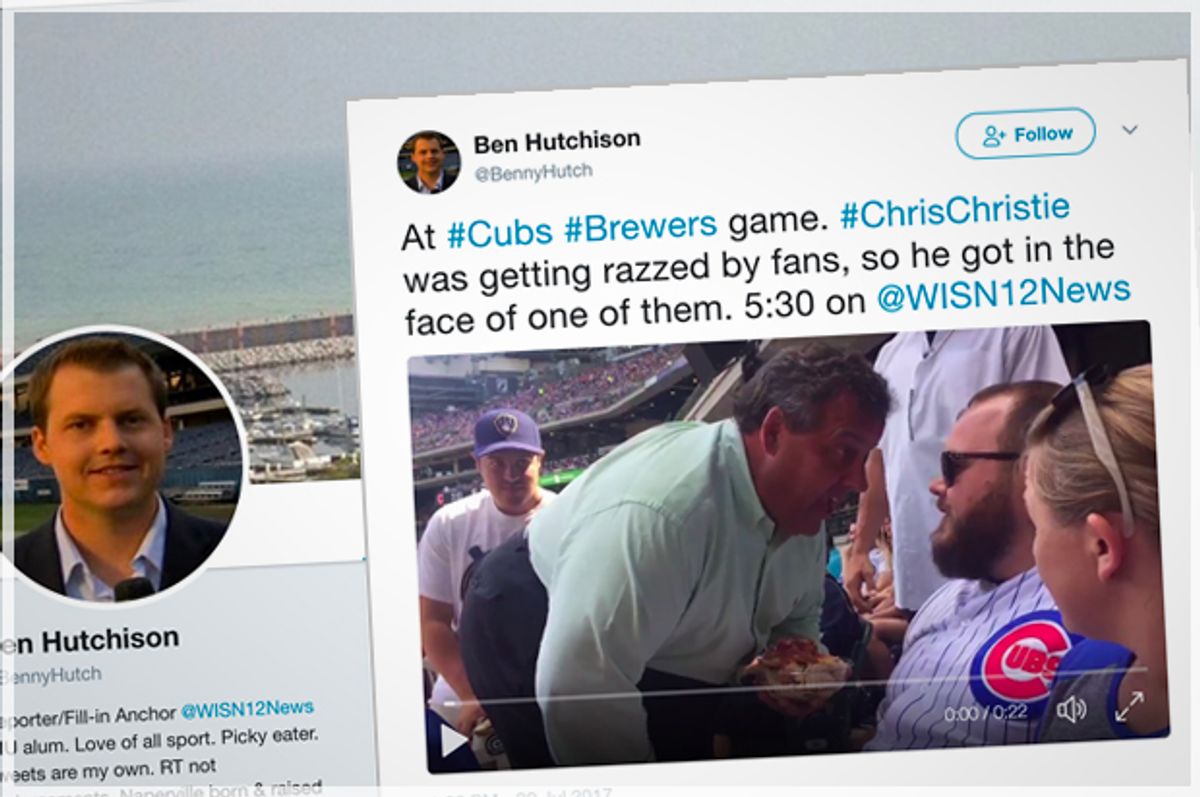 New Jersey Gov. Chris Christie, seen last week asking a Chicago Cubs fan if he wanted to "start something" at a Milwaukee Brewers game, is saying that he handled himself quite well — and that things could have been a lot worse.

Christie brought up the altercation during a news conference in his home state and said that he was proud of how well he handled the situation.

“For those of you who know me, I was very restrained,” Christie said, according to a Politico report. “I didn’t dump the nachos on him or anything, which I think was an option.”

“When I’m at a baseball game with my son on a Sunday afternoon, I do have a right to sit there and enjoy the game,” he added. “You get one shot to call me a name or curse me out. And I gave him that first shot to do that, but when you go at it a second time, you’re going to get a response.”

Christie added that he'd still be attending baseball games, despite the embarrassing altercation.

But Christie's admission is stunning, if you think about it: The sitting governor of a state considered assaulting a baseball fan who heckled him. Although Christie would have had to put down his nachos to do that — and watching the video, Christie appears unwilling to set down the nachos.

That's one way to throw yourself out of the old ballgame. But maybe it's time for Christie to just be the bigger man.