Obamacare might have lived to see another day, but Bee notes Republicans are doing everything they can to ruin it 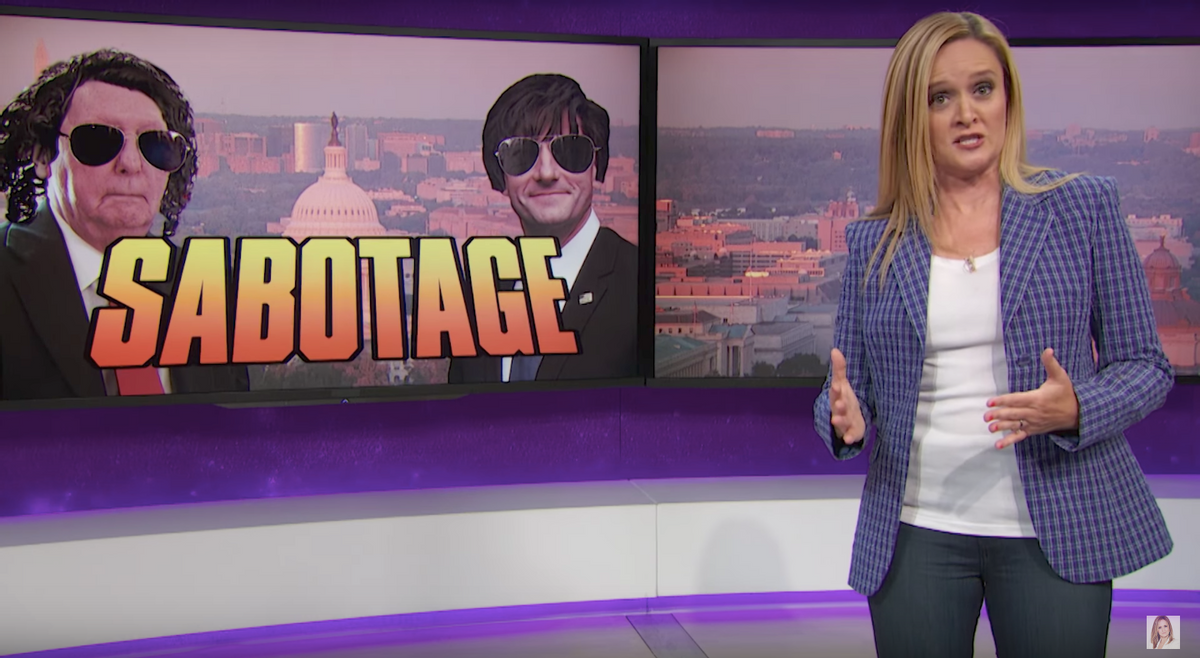 Obamacare repeal appears to be dead in the legislature, but the dream to kill the health care law is still alive and well, Samantha Bee warned her "Full Frontal" audience Wednesday night.

"Obamacare lives another day. But before you go deliberately injuring yourselves so that you can cash in on that sweet government subsidized health care, you should know that our president has one more trick up his sleeve," she said to open her monologue.

For years, Obamacare opponents have taken drastic steps to sabotage the current health care system. From filing countless lawsuits to attaching riders to random, non-health care related bills, Republicans have been steadfast in their efforts to sabotage Obamacare.

"Marco Rubio secretly undermined Obamacare by using a spending bill to get rid of the so-called risk corridors, which is not what Mike Pence calls a West Wing hallway with a woman in it," Bee explained to her audience. "Risk corridors are like insurance for the insurance companies, lowering their risks in the exchanges."

While the GOP hasn't exactly tried to hide its undermining intentions, President Donald Trump has taken it to another level.

"Manhattan's most infectious pre-existing condition has now cranked the sabotage up to 11," she said. "He canceled $5 million of healthcare.gov advertising and instead spent tax payer money on anti-Obamacare care propaganda."

Trump has also considered not giving the payments to insurers for covering high-risk exchanges.

"Leave it to the deadbeat in chief to propose not paying insurers what they are owed," Bee said.

The "Full Frontal" host came up with the perfect analogy to show just how ludicrous the GOP's sabotage plan has been:

"You're like someone who's just been given a house. Then they find out the toilet in the guest bathroom runs, and instead of jiggling the handle, they decide to just torch the place."