Democrats will fund anti-abortion candidates, for now — but this fight's not over 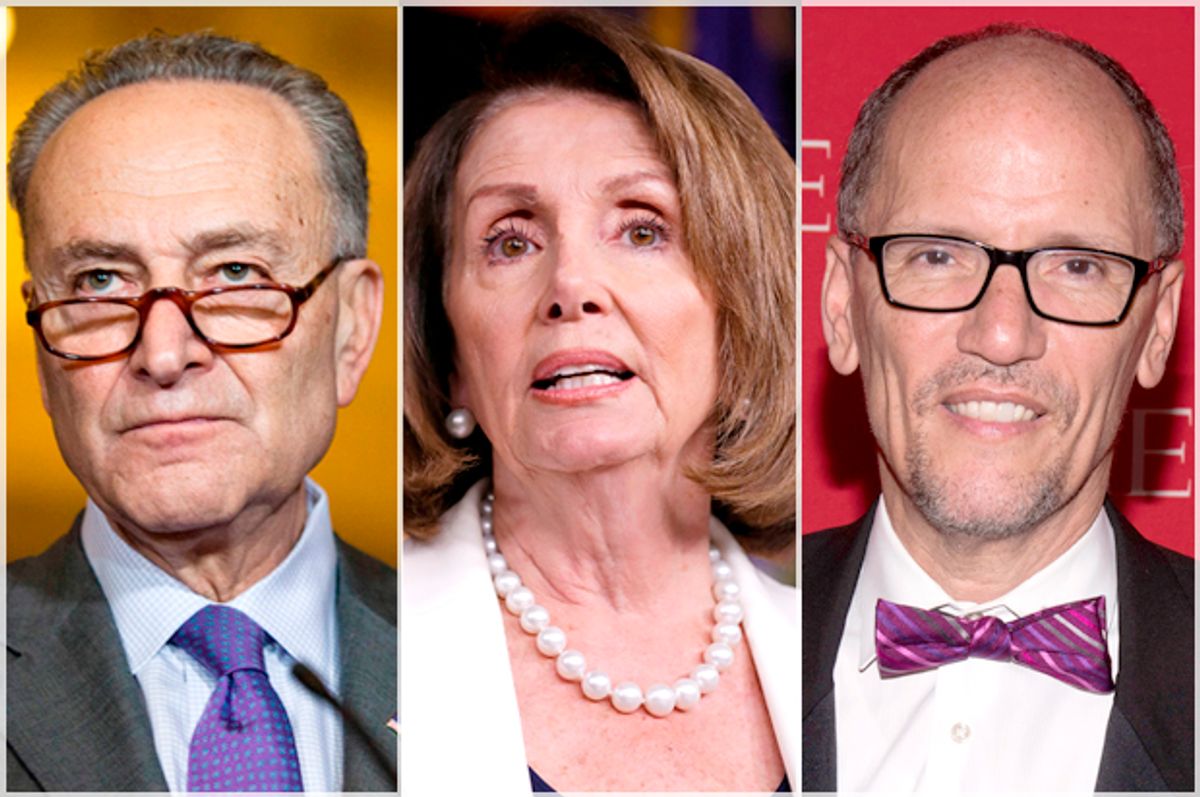 In their bid to take back the U.S. House of Representatives next year, Democrats are committed to supporting and funding the campaigns of congressional candidates who oppose abortion rights, the chairman of the Democratic Congressional Campaign Committee said in an interview.

Speaking with The Hill, DCCC leader Rep. Ben Ray Luján of New Mexico insisted that the party must be willing to support candidates who do not share most Democrats' views on the issue.

“There is not a litmus test for Democratic candidates,” Luján told The Hill. “As we look at candidates across the country, you need to make sure you have candidates that fit the district, that can win in these districts across America.”

Needless to say, abortion rights advocacy groups are not on board with this idea. "Throwing weight behind anti-choice candidates is bad politics that will lead to worse policy," Mitchell Stille, the campaigns director of NARAL Pro-Choice America, told Salon via email.

"Anyone who actually thinks that Donald Trump and the GOP candidates won in 2016 because of their opposition to abortion rights is sorely mistaken," she added.

Stille also argued that Democrats are pursuing phantom voters, meaning that people who strongly oppose abortion are unlikely to support Democrats because they disagree with the party on other issues as well.

"A small minority of voters vote strictly on an anti-choice platform," she said. "Those same voters just aren't going to vote for Democrats anyway -- they fundamentally disagree with just about everything Democrats stand for."

According to Luján, however, it is not realistic to expect all Democratic candidates to agree with every aspect of the party's platform, particularly in areas where it might be difficult to find quality candidates.

“To pick up 24 [House seats] and get to 218, that is the job. We’ll need a broad coalition to get that done,” the DCCC leader said. “We are going to need all of that, we have to be a big family in order to win the House back.”

Other Democratic leaders have made similar remarks about supporting candidates who deviate from party orthodoxy on abortion. In May, House Minority Leader Nancy Pelosi argued that many Americans who are pro-life are also loyal Democrats.

“This is the Democratic Party. This is not a rubber-stamp party,” Pelosi said in an interview with The Washington Post.

“I grew up Nancy D’Alesandro, in Baltimore, Maryland; in Little Italy; in a very devout Catholic family,” she continued. “Most of those people — my family, extended family — are not pro-choice. You think I’m kicking them out of the Democratic Party?”

Senate Minority Leader Chuck Schumer has also said he welcomes pro-lifers within a “big-tent party,” even though he believes they should be certain that Democrats support keeping abortion legal. “Let’s make no mistake about it, we’re a pro-choice party, a strongly pro-choice party,” he said in an MSNBC appearance in April.

Democratic National Committee chair Tom Perez has sent conflicting signals on this topic. In April, he included abortion in a statement, making clear that Democrats that should not “demand fealty on every issue” from all candidates. After Perez came under criticism by pro-choice groups for that remark and his willingness to appear at a campaign rally for a Nebraska mayoral candidate with a history of pro-life positions in the past, the chairman reversed course.

“Every Democrat, like every American, should support a woman’s right to make her own choices about her body and her health,” Perez said in a later public statement. “That is not negotiable and should not change city by city or state by state.”

In June, however, Perez also met with Democrats for Life of America, a political action committee affiliated with Rep. Daniel Lipinski of Illinois. The group is trying to get the Democratic National Committee to officially state in its platform that it is willing to support party members who oppose abortion. According to The Atlantic’s Clare Foran, Perez made no promises.

The Democratic debate over how much importance abortion should have in the party's agenda mirrors a divide within the Republican Party on the issue. The GOP, however, has long committed to funding pro-choice candidates, although they are likely to face primary challenges for departing from conservative orthodoxy.

In fact, despite the Republican Party's official pro-life position, the GOP is more closely divided on the issue of abortion than Democrats are, at least nationally. In a June survey conducted by the Pew Research Center, 34 percent of Republican respondents said they favored keeping abortion legal in all or most cases. By contrast, only 22 percent of Democratic respondents said that abortion should be illegal in all or most cases.

Among Americans as a whole, most people have supported legal abortion for many years. In that Pew survey, 57 percent of respondents said that abortion should be legal in all or most circumstances.

Despite that majority view, the issue plays out quite differently on a regional level. Neither supporters nor opponents of abortion rights are evenly distributed across the country. Like Democratic voters in general, pro-choice voters are likely to live in large metropolitan areas and densely populated states. Abortion opponents, on the other hand, are likely to live in sparsely populated heartland states.

In 2014 state-by-state polling done by PRRI, a national opinion research nonprofit, there were 15 states where 50 percent or more of respondents said they believed abortion should be illegal in all or most circumstances:

Unsurprisingly, Republicans dominate all those states; in the 2016 election, Donald Trump easily carried all 15. In terms of the Electoral College, those states taken together represent 103 votes out of the 538, only about one-fifth of the total. But since every state gets two senators, these 15 pro-life states represent 30 percent of the votes in the Senate.

This mathematical dilemma is part of why Democratic officials have never been willing to withhold funds from pro-life candidates who successfully win the party’s nomination. Ultimately, however, Democratic voters will determine whether this is acceptable politics and policy. It may come down to whether the party wants to have enough votes to pass large but ideologically imperfect pieces of legislation like the Affordable Care Act.

This is not widely remembered now, but the ACA -- which most Democrats now say they support -- was ultimately pushed over the line by pro-life Democrats who faced considerable pressure from anti-abortion groups for supporting a law that made contraception a mandatory part of most health insurance policies. Many of those Democrats were elected in 2006 -- the last time the party recaptured a House majority -- under Democratic Party chair Howard Dean and DCCC chair Rahm Emanuel, two figures today viewed as anathema by many party progressives.