Donald Trump pleaded with Mexico's president to not talk about the border wall, which he caved on 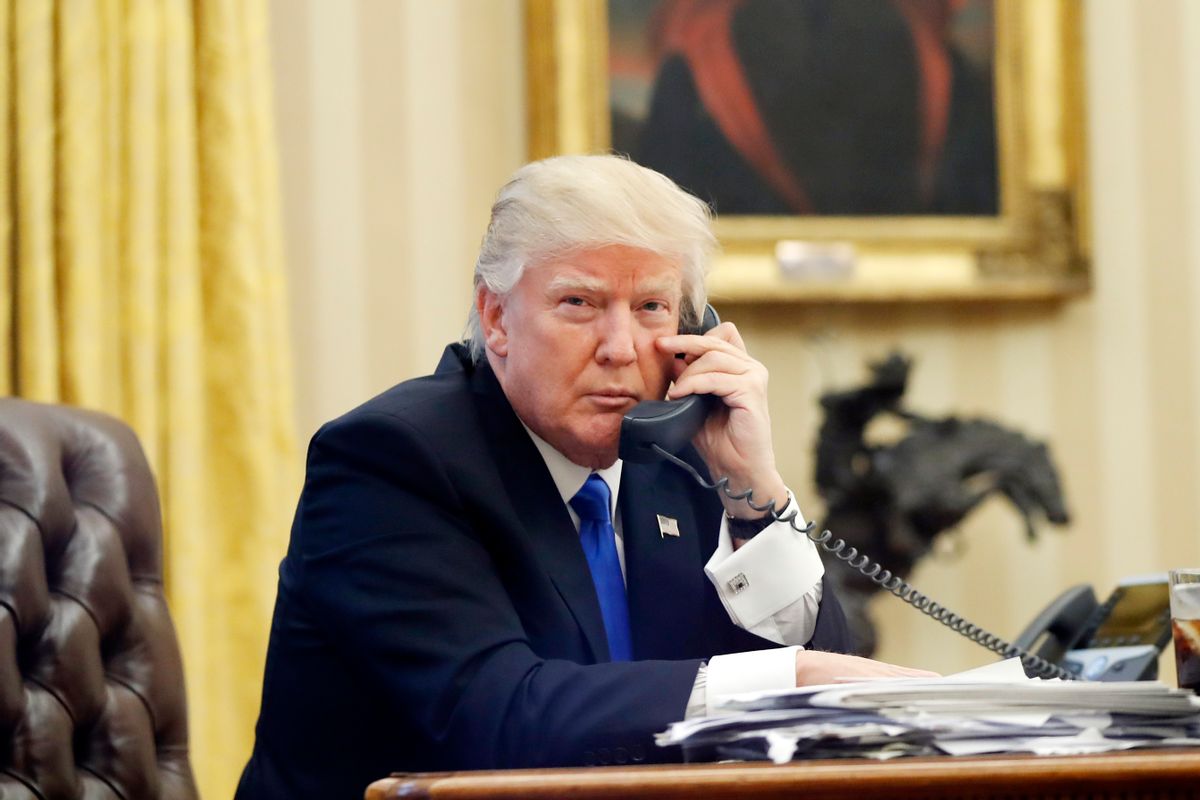 President Donald Trump's conversations with Mexican President Enrique Peña Nieto and Australian Prime Minister Malcolm Turnbull have long been the subject of intrigue about what exactly was said. But on Thursday, The Washington Post released transcripts of those exchanges; however, the speculation can be replaced by something Trump almost certainly wants even less: humiliation.

1. Trump basically begged the Mexican president not to publicly state that they wouldn't pay for the border wall.

But you cannot say anymore that the United States is going to pay for the wall. I am just going to say that we are working it out. Believe it or not, this is the least important thing that we are talking about, but politically this might be the most important talk about.

Trump acknowledging that the wall is more important as a political talking point than an actual policy may be a pretty big deal.

2. Trump didn't seem to know the difference between Cubans and Mexicans.

In the latest election, I won with a large percentage of Hispanic voters. I do not know if you heard, but with Cuba, I had 84 percent, with the Cuban-American vote. But overall generally, I had well over 30 percent and everyone was shocked to see this. I understand the community and they understand me, and I have a great respect for the Mexican people.

For what it's worth, Trump actually won only 28 percent of the Hispanic vote.

Though Trump won New Hampshire in the Republican primary, he lost the state in the general election.

4. Trump predicted that he and Nieto will be remembered as "fathers of our country" if they have a good relationship.

I will say with you representing Mexico and me representing the United States we will have a good agreement and we will almost become the fathers of our country – almost not quite okay?

A country's "father" is usually an individual who helped in its formation.

5. Trump said that Australia sending 2,000 refugees to the United States would make him "look bad."

Well, actually I just called for a total ban on Syria and from many different countries from where there is terror, and extreme vetting for everyone else – and somebody told me yesterday that close to 2,000 people are coming who are really probably troublesome. And I am saying, boy that will make us look awfully bad. Here I am calling for a ban where I am not letting anybody in and we take 2,000 people. Really it looks like 2,000 people that Australia does not want and I do not blame you by the way, but the United States has become like a dumping ground.

Later Trump compared the prospect of letting in the Australian migrants to the Mariel Boatlift, when Cuban dictator Fidel Castro allowed 2,500 criminals and mentally ill individuals leave Cuba (along with hundreds of thousands of other people) in order to embarrass President Jimmy Carter.

I hate taking these people. I guarantee you they are bad. That is why they are in prison right now. They are not going to be wonderful people who go on to work for the local milk people.

6. Trump brought up the Boston Marathon bombers but didn't know anything about them.

Later in his conversation with Turnbull, Trump showed that he didn't know where the Tsarnaev brothers came from.

Trump: Can Australia give me a guarantee that if we have any problems – you know that is what they said about the Boston bombers. They said they were wonderful young men.

Turnbull: They were Russians. They were not from any of these countries.

Trump: They were from wherever they were.

The Boston Marathon bombers did not hail from a Middle Eastern nation but rather from Chechnya, a federal subject of Russia. He also didn't care that he was wrong.

This one — as Trump was speaking about meeting with other world leaders — pretty much speaks for itself.

I have had it. I have been making these calls all day and this is the most unpleasant call all day. Putin was a pleasant call. This is ridiculous.