Three years after Ferguson, the administration seeks to militarize policing even more. It's a dangerous path 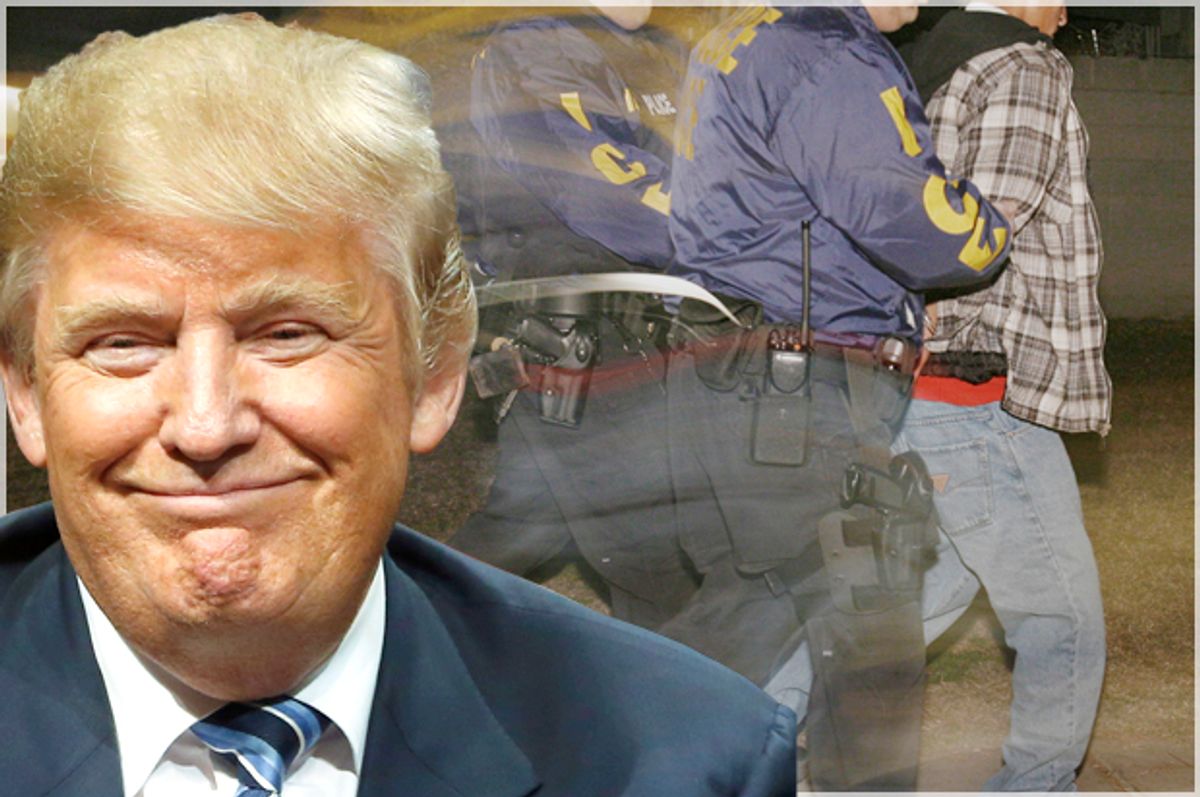 Three years ago next week, Officer Darren Wilson shot and killed a young man named Michael Brown in Ferguson, Missouri. That shooting sparked nationwide unrest and a national discussion of "use of force" doctrine and the militarization of the police. Those had been subjects of concern among civil libertarians for some time as more and more departments around the country developed policing models based upon the rules of engagement in war zones.

War in Afghanistan and Iraq for more than 15 years has produced a surplus of military gear that ends up being sold to local law enforcement agencies, along with a culture of "us against them" that's created a sense of siege in too many communities of color. Although this has been a gradual change, the sight of all that combat-style weaponry rolling down the streets of the middle American suburb of Ferguson came as a shock to a lot of people.

The Black Lives Matter movement, which grew out of the Trayvon Williams shooting in 2013, gained momentum after Ferguson, as did various organizations working on policing reform. Awareness seemed to be growing that the drug war had become a real war. As the ACLU report, "The War Comes Home" stated:

All across the country, heavily armed SWAT teams are raiding people’s homes in the middle of the night, often just to search for drugs. It should enrage us that people have needlessly died during these raids, that pets have been shot, and that homes have been ravaged.

Our neighborhoods are not warzones, and police officers should not be treating us like wartime enemies. Any yet, every year, billions of dollars’ worth of military equipment flows from the federal government to state and local police departments. Departments use these wartime weapons in everyday policing, especially to fight the wasteful and failed drug war, which has unfairly targeted people of color.

For a brief moment it felt as if there might be the political will to put a stop to some of these excesses. But of course for every action there's a reaction, and a backlash against Black Lives Matter and police reform grew as well. When Donald Trump came along promising to be the "law and order" president and won the election, whatever progress was being made stalled out completely.

Unfortunately, it's not just local police forces that are militarized; national police agencies are as well. The Department of Homeland Security has the largest law enforcement agency in the country, with ICE and the Border Patrol heavily invested in tactics and strategies developed in war zones. They use all manner of military equipment, including battle-tested helicopters and weaponized drone aircraft.

Their reach is much farther into the country than most people realize. Customs and Border Protection, which includes the Border Patrol, has a huge jurisdiction that stretches 100 miles from any U.S. international border, whether on land or at sea. That means it covers the entire state of Florida and the entire state of Maine, as well as virtually every major metropolitan area. These agencies routinely use interior checkpoints far from any border for roundups of suspected undocumented immigrants and conduct various other kinds of Homeland Security investigations.

Immigration and Customs Enforcement is the second largest federal investigative agency in the country after the FBI, with more that 20,000 employees. Under the direction of former Marine Gen. John Kelly (now the White House chief of staff), and despite protestations that they are only going after the "bad hombres," ICE agents have been instructed to "take off the gloves" and seize any and all undocumented immigrants that may cross their paths.

As Kelly's last act as DHS director, the agency conducted a nationwide sweep. According to Vox, these were the results:

Immigration and Customs Enforcement launched a nationwide sweep — ostensibly designed to catch Central Americans who’d come to the US as family units — in late July. But according to the press release they sent out Tuesday, 70 percent of the immigrants they captured were merely collateral damage ... that means more than half of the immigrants picked up in last week’s ICE raids hadn’t been targeted and didn’t have criminal records.

In case anyone is inclined to think that such a powerful, lawless police agency is no threat to law-abiding citizens, this should serve as a wake-up call. Betsy Woodruff at the Daily Beast reported that when the first version of the travel ban went into effect shortly after Trump's inauguration, high-level Homeland Security officials issued specific orders to treat immigration lawyers as protesters and to refuse to cooperate with members of Congress. They photographed elected officials who came to the airports and shared the information with other offices, which should make even Trump-friendly congressional representatives a little nervous.

This is a powerful federal police force whose agents have been given a green light to do whatever they want. As this New Yorker article by Jonathan Blitzer points out, some longtime agents are nervous about it:

“I like predictability,” the agent said. “I like being able to go into work and have faith in my senior managers and the Administration, and to know that, regardless of their political views, at the end of the day they’re going to do something that’s appropriate. I don’t feel that way anymore.”

Furthermore, the Trump administration wants to hire 15,000 more agents to throw into this chaos. According to a new report by the DHS inspector general, that would require vetting more than a million people in order to fill those jobs. Even worse, the report says that the department is so poorly run that it couldn't come up with any decent reason to justify hiring all those new agents in the first place.

I'm not sure this will stop them from doing it. We already knew that the agency planned to lower its standards anyway. Remember, the "law and order" president promised his loyalists that "American carnage stops right here and stops right now." He wants his police state.

Maybe Congress will finally find some backbone in its dealings with President Trump and tighten the purse strings. We can only hope so. These massive paramilitary agencies have already expanded their mission beyond any reasonable scope. They represent a threat to democracy and the rule of law, and the last thing we need is even more of them.

Note: Unless President Trump resigns or declares war I'll be off until Aug. 16.