Trump's spectacle is outrageous, but not entirely new: He's the ultimate fulfillment of consumer capitalism

Trump embodies the triumph of spectacle over reality more than any previous president, but he's no anomaly 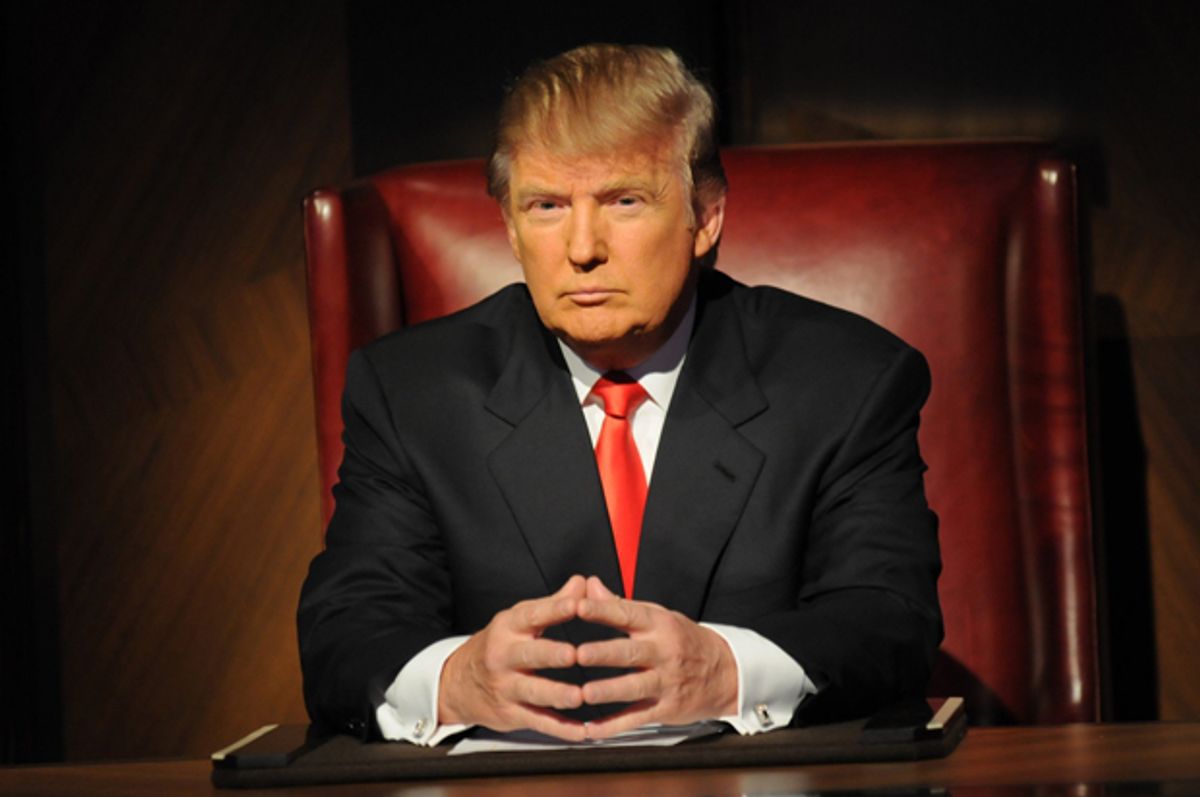 As Donald Trump’s inability to govern has become increasingly evident over the past six months, the White House has essentially transitioned into a full-blown reality TV show, with enough melodrama and petty infighting to fill several seasons worth of primetime network television.

The president, it seems, has given up all pretense of sanity as his administration has spiraled out of control. He now appears to approach his current job of running the United States government in the same way that he approached his career as a reality TV star. Top officials in the Trump administration have become virtual contestants, vying for the affection of their capricious boss and hoping he won’t mention their names in his next unhinged Twitter rant.

This transition into an dysfunctional reality TV show came to a head two weeks ago, when the president hired Anthony “The Mooch” Scaramucci, the cartoonish and vainglorious Wall Street investor, as his communications director. Like a fame-hungry contestant on "The Apprentice," the foul-mouthed financier wasted no time in marking his territory and attacking his fellow sycophants, calling then-White House chief of staff Reince Priebus a “paranoid schizophrenic,” while threatening to fire his entire staff.

By the end of his first week, Priebus had been forced out, Scaramucci’s wife had filed for divorce, and then, on Monday, "The Mooch" himself was eliminated from the Trumpian Thunderdome also known as the White House.

As all this drama unfolded, Trump’s agenda took yet another blow with the implosion of the Republican health care bill in the Senate, leaving the president with no major policy achievement to speak of in his first six months in office. Though Trump has repeatedly claimed to have accomplished more than any of his predecessors in his first months in office, the truth is that he has overseen the most incompetent and amateurish administration in modern history. As Ryan Cooper recently put it in The Week, “the hapless incompetence of this administration is virtually impossible to exaggerate.”

The president’s first six months have confirmed what many people already knew: Trump’s image as a savvy and smart businessman with an extraordinary deal-making ability is a complete sham: the president didn't know the first thing about running a government when he ran for office. The New York billionaire (if he is indeed a billionaire) has spent his entire adult life carefully cultivating his image as a masterful deal-maker and builder, plastering his name onto anything and everything (including many properties that he does not own) and greatly exaggerating his net worth. Trump has always been more spectacle than substance, and like a used car salesman rolling back the odometers, he made countless promises during his campaign (he would repeal and replace Obamacare “on day one,” for instance) without any real plan on how to fulfill these promises. Just like his career, Trump's campaign was all spectacle, no substance.

Not surprisingly, then, as Trump’s true nature has become more apparent and his incompetence on full display, the spectacle surrounding his White House has only grown more outrageous. Like a Ponzi-scheme operator whose promised returns become more ridiculously bullish as investors flee and the coffers drain, the president’s rhetoric has become more grandiose and detached from reality as his presidency has gone off the rails. One can expect the circus to grow more preposterous still as the Trump administration continues to implode.

For many Americans, the spectacle will always be enough; whether or not Trump is ever successful in terms of policy, the image he projects on television screens will continue to convince millions. It is comforting to think of our reality TV president and his political rise as some kind of anomaly, but that's not true. Donald Trump is a product of late capitalism, and the spectacle will continue to dominate in a world where all aspects of life have been commodified and each person has become just another customer.

In his classic work “The Society of the Spectacle,” published 50 years ago, French theorist Guy Debord expounded on what he called the “spectacular society,” in which the modern capitalist mode of production “presents itself as an immense accumulation of spectacles.” The society of the spectacle, postulated the founder of the political-artistic collective known as the Situationist International, had developed over the 20th century with the rise of mass media and the commodity’s “colonization of social life.”

“Understood on its own terms,” wrote Debord in his aphoristic style, “the spectacle proclaims the predominance of appearances and asserts that all human life, which is to say all social life, is mere appearance . . . In all its specific manifestations — news or propaganda, advertising or the actual consumption of entertainment — the spectacle epitomizes the prevailing model of social life.”

Half a century after Debord published his influential treatise, the society of the spectacle has given rise to a president who epitomizes the prevailing model of social life, where appearances often predominate over reality.

“In a world that really has been turned on its head,” observed Debord, “truth is a moment of falsehood.” One could be forgiven for assuming that he was describing our world today.