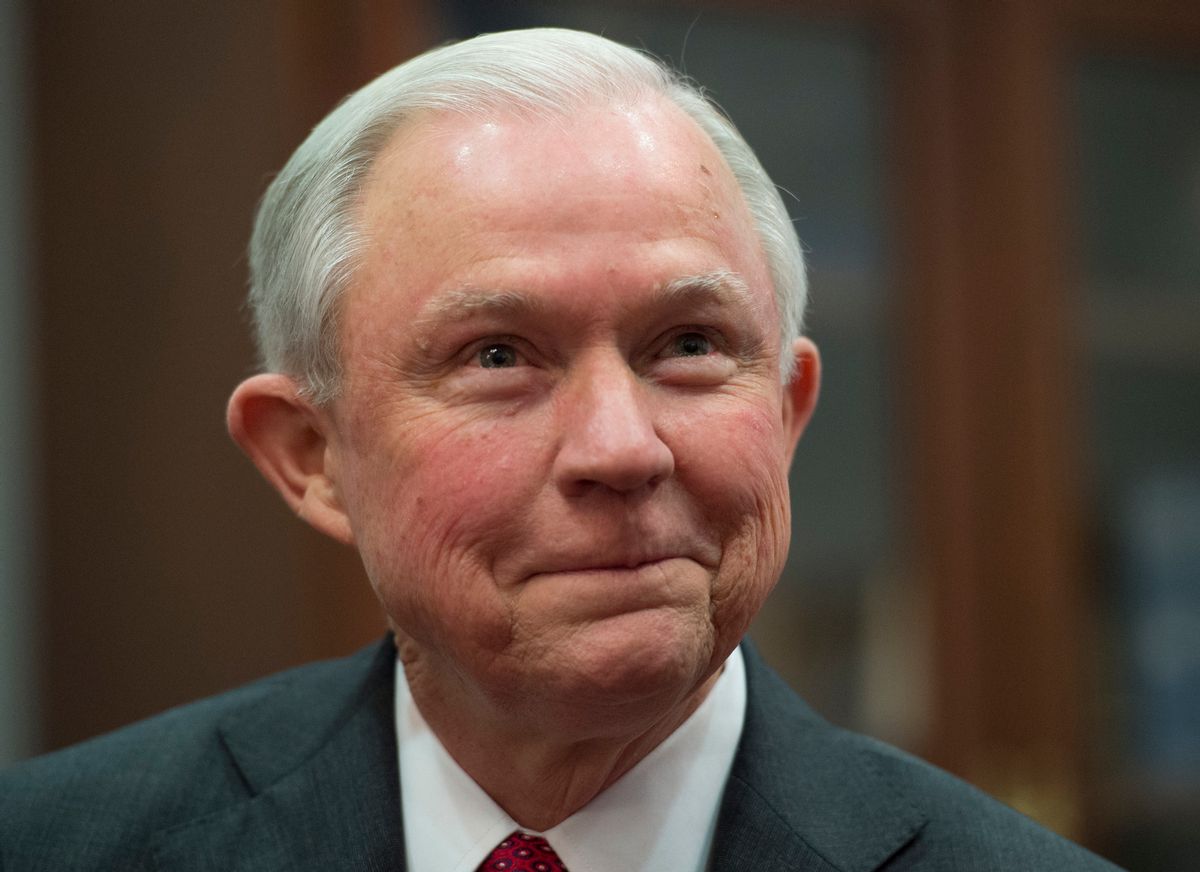 On Friday, Attorney General Jeff Sessions told reporters that the Justice Department would be conducting a crackdown on leaks, saying that pieces of information coming from the White House "have resulted in a major threat to our national security.”

Sessions wouldn't provide any evidence that there were any threats to national security posed.

"I have this warning for would-be leakers: Don't do it," Sessions said. "I strongly agree with the president and condemn in the strongest terms the staggering number of leaks," he said. He added that the press had an "important role . . . but it is not unlimited."

Sessions' statement may have been a statement aimed more at his boss, President Donald Trump — with whom he's had a testy relationship — than an attempt to crack down on the media. As the Washington Post noted:

Sessions said prosecutors had charged four people with unauthorized disclosures of classified information or concealing contacts with foreign officers. Only one of those involved a leak to the press, and one of the people was actually arrested during the Obama administration.

Sessions' threat that he would go after journalists was met with outrage. NBC News' Chuck Todd said that he would ignore any subpoena on his sources.

Meanwhile, the Freedom of the Press Foundation said Friday that Sessions' remarks "represent a dangerous escalation of the administration’s war against the press."

Sessions’ suggestion that journalism is a threat to national security is particularly concerning. Journalists play a crucial role in our democracy, informing the public about the government’s activities.

Sessions’ comments seem intended to have a chilling effect on journalism, by making reporters and their sources think twice before publishing information that the government does not like. That will leave leave all Americans less informed about what the Trump administration is doing behind closed doors.

The Trump administration has been battling leaks since the day they arrived in office. An unflattering portrait of disarray quickly emerged, fueled by insiders who continue to feed juicy gossip to Washington reporters. Trump's short-lived third communications director, Anthony Scaramucci, vowed to clean house and root out the leakers — but was caught on the record leaking a story to a Politico reporter. His predecessor, Sean Spicer, held an emergency meeting and went through staffers' phones. That information, too, was leaked. It remains to be seen if new White House Chief of Staff Gen. John Kelly can stop the leaks quickly enough to satisfy Trump and the Justice Department.