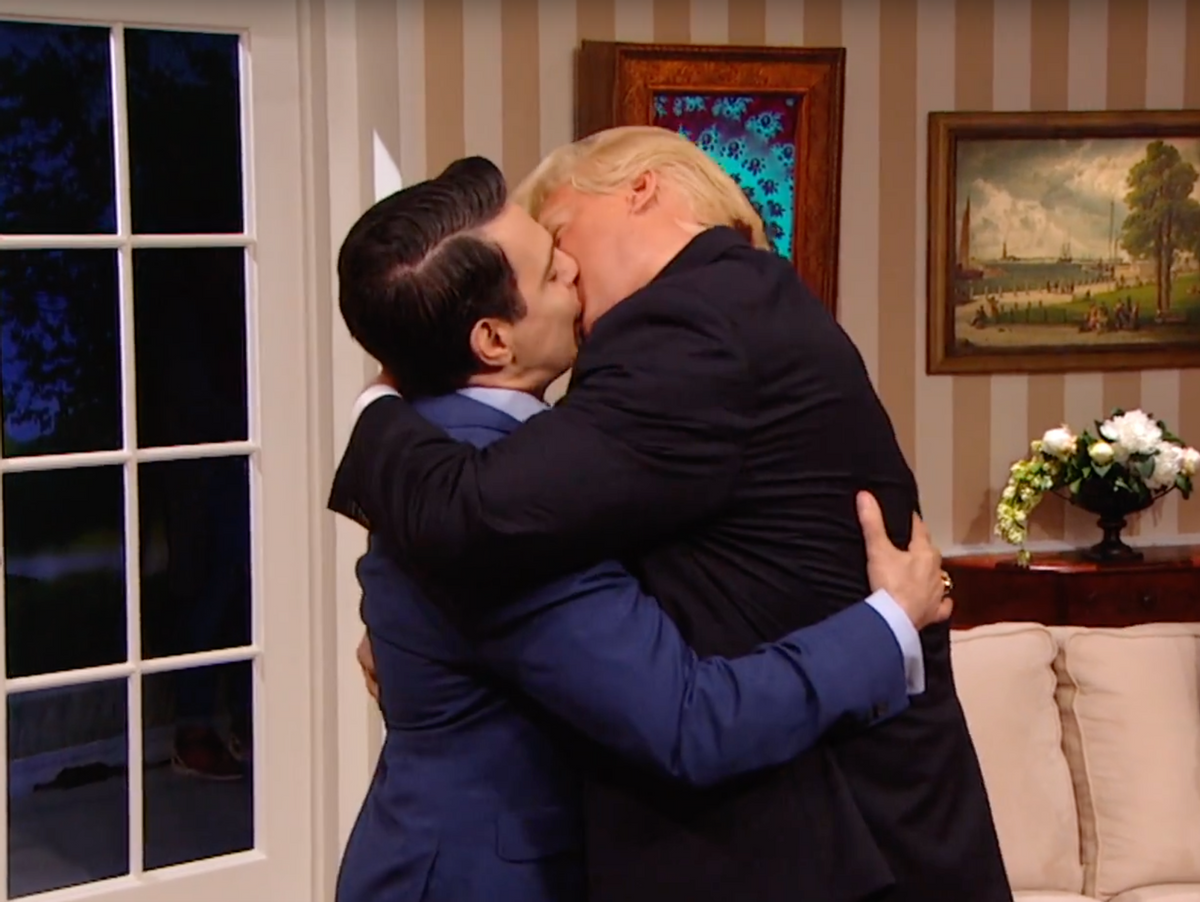 The scene began with new chief of staff John Kelly — not seen here, and expressed only as the muffled trombone from the "Charlie Brown" cartoons.

"At least now I can go see my wife and newborn son,” Scaramucci told President Donald Trump after being fired, just before both simultaneously broke out into laughter. The joke was a reference to Scaramucci's marriage ending, as he missed his son's birth for his 10-day White House stint.

Before the Scaramucci walked out of the room, Trump stepped forward to grasp Scaramucci — and then the magic happened.

Scaramucci had a few things left to say to the President, "I love you President. I'll miss you, Mr. President."

Who knows what actor Mario Cantone — who played Scaramucci for the character's two-episode run — will appear in next. At least "The President Show: will still have plenty of material and more characters to introduce as they mimic the unraveling of the White House.