WATCH: "It may be mission impossible" — John Kelly faces struggle as new chief of staff 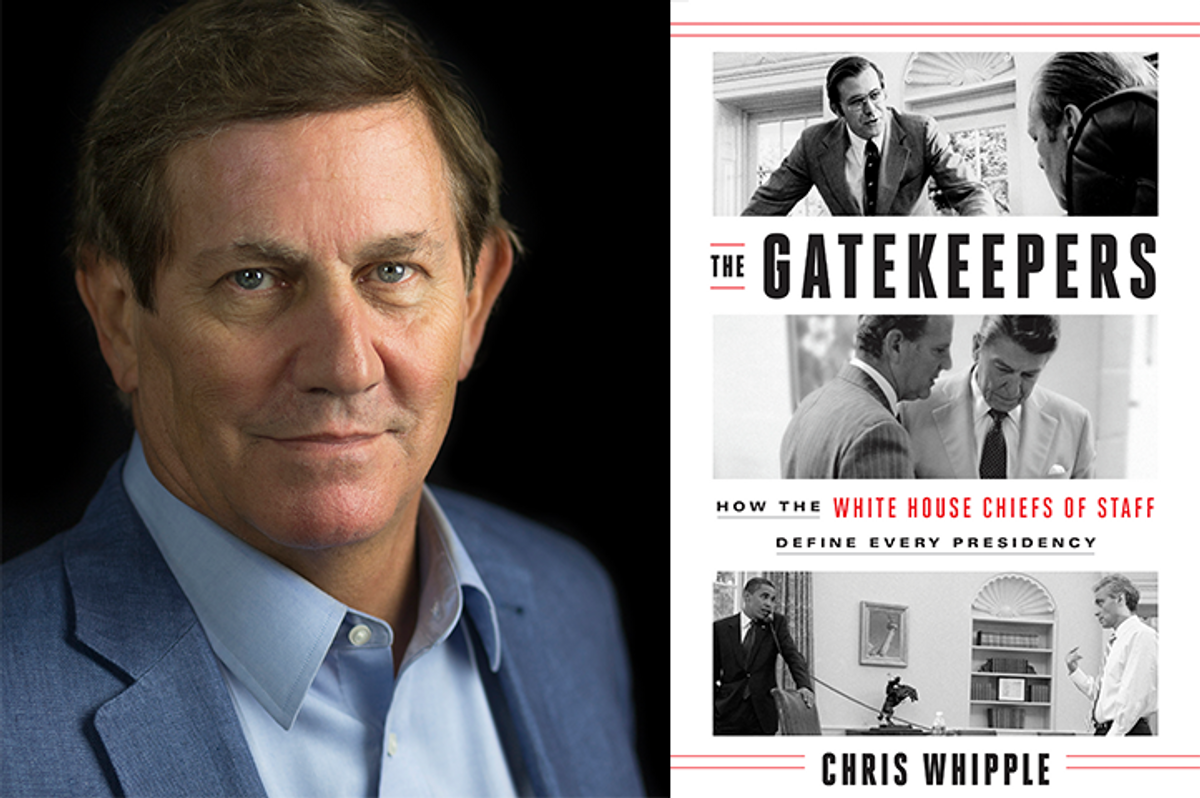 “There’s never been a White House this dysfunctional in the first six months, and it may be mission impossible.”

So says Chris Whipple, the author of “The Gatekeepers: How the White House Chiefs of Staff Define Every Presidency.” Whipple shared his expertise on chiefs of staff with Salon’s Jeremy Binckes and Amanda Marcotte in the aftermath of Reince Priebus’ dismissal from Donald Trump's White House -- and his replacement by former Marine general and DHS Secretary John Kelly.

On what the chief of staff actually does

The chief of staff, among other things, he’s famously the gatekeeper. He’s the guy that’s really creating time and space for the president to think. He’s also the honest broker of information, meaning that he has to be the guy that makes sure that every decision is teed up with information on both sides of every issue. He is the guy who is guy in charge of communications.

The big problem is Donald Trump. I mean, this is a guy who is 71 years old, who thinks he can run the White House the way he runs a reality show or a family real estate empire, and it’s got nothing in common with anything he’s ever done before. This is a guy who’s a talented disrupter. This is a guy who has no idea how to govern. All of his instincts run against governing and against discipline.

On why generals may not make great chiefs of staff