“We’ve never seen this before”: Canada struggles to deal with “intense” influx of asylum seekers from U.S. 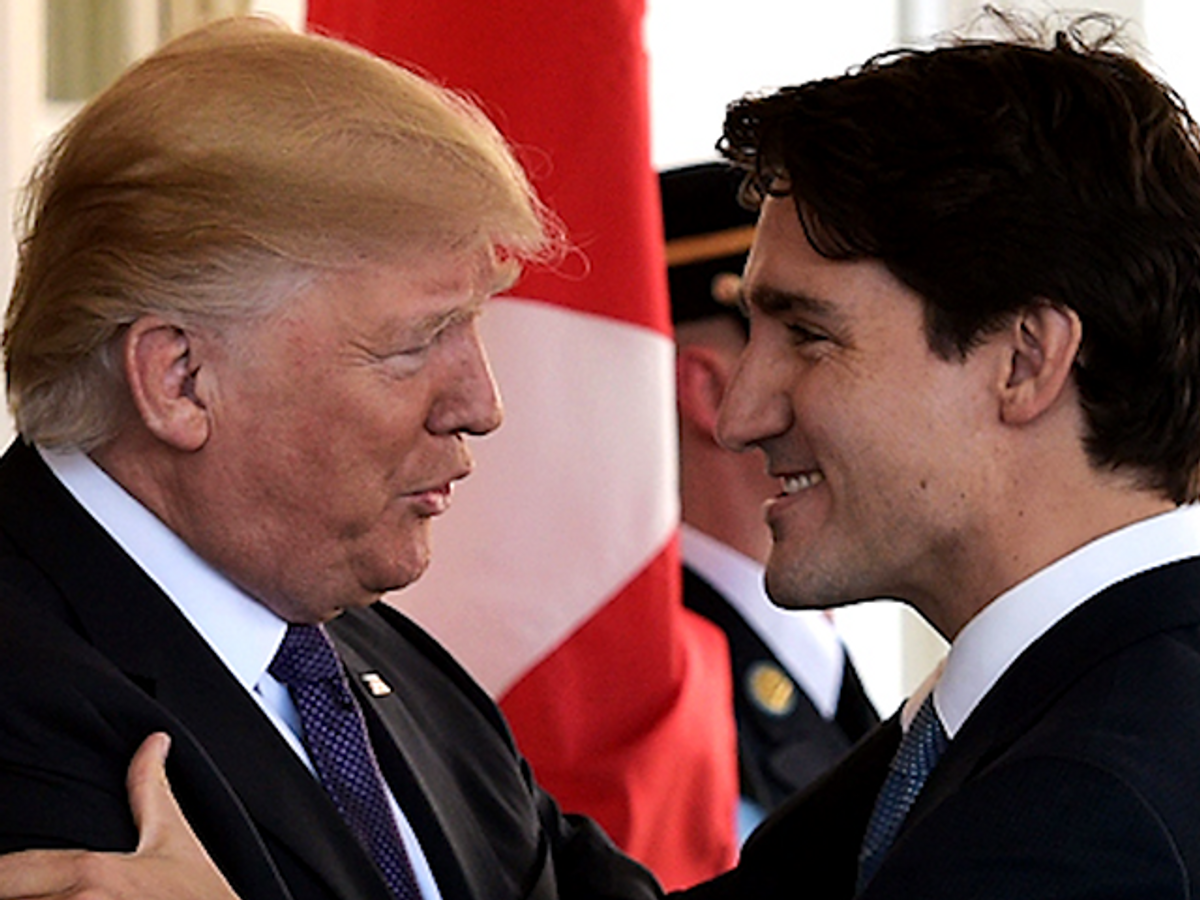 In a remarkable twist of irony, America’s northern neighbor may need a wall on its southern border to protect from immigrants illegally crossing the border.

Canada’s Federal immigration minister, the first Somali-born Canadian elected to federal office, was forced on Thursday to issue a stern warning to people fleeing the United States in favor of friendlier immigration policy up North: Do not seek asylum in Canada.

"We discourage people from conducting irregular crossings of our borders," Minister Ahmed Hussen told the CBC. "It's not safe, it's not something that we want people to do. We want people to claim asylum in the first country that they're in, which in this case is the U.S."

Stuffed into a hallway fitted with cots and blankets near the concession stalls, 300 asylum seekers — many of them children and pregnant women — now sleep in their windowless, concrete new home.

But the Olympic Stadium, which was built to host the 1976 Summer Olympics, is only a temporary housing solution.

Quebec has processed 6,505 asylum claimants in the past six months. That is roughly one thousand more people than the total number of claims processed in all of 2016, according to statistics compiled by Citizenship and Immigration Canada. In July of 2016, officials from PRAIDA, a Quebec government-funded organization that welcomes refugees, said it received applications from 108 asylum seekers who crossed the U.S.-Canadian border into Quebec. In July of 2017, that number skyrocketed to 1174.

The organization estimates as many as 150 people come in from the U.S. daily.

“We’ve never seen this before. We’re used to spikes, which depend on international events and are usually manageable, but in this case I would say it’s way more intense than what we’re used to seeing,” PRAIDA spokesperson Francine Dupuis told Radio-Canada. “We were using hotels and it’s too many places to manage with too few rooms.”

“It’s unheard of,” Dupuis said. “In 30 years, I’ve never seen this kind of volume or intensity."

According to the president of the union representing Canada’s border guards, “The numbers have exploded in the last week and a half.”

Many of the immigrants from the U.S. have gone to Quebec because Montreal has a large Haitian community.

More than 60,000 people fleeing the disastrous earthquake were given temporary protected status in the U.S. by President Barack Obama. Keeping to his promise to undo Obama’s legacy, Trump threatened to revoke those special protections this spring. Granting only a six-month extension, the Trump administration urged Haitian refugees to "prepare for and arrange their departure from the United States." Haiti continues to struggle with a number of crises, including an ongoing cholera epidemic.

“Donald Trump wants to save his country, but we have to save our lives,” asylum-seeker Osnel Clairibus told Radio-Canada.

Hussen said on Thursday that Haitians should stay in the U.S. — as Canada already permits deportations to Haiti.

Watch as immigrants fleeing the U.S. are bussed to Montreal's Olympic Stadium, via the CBC, below: