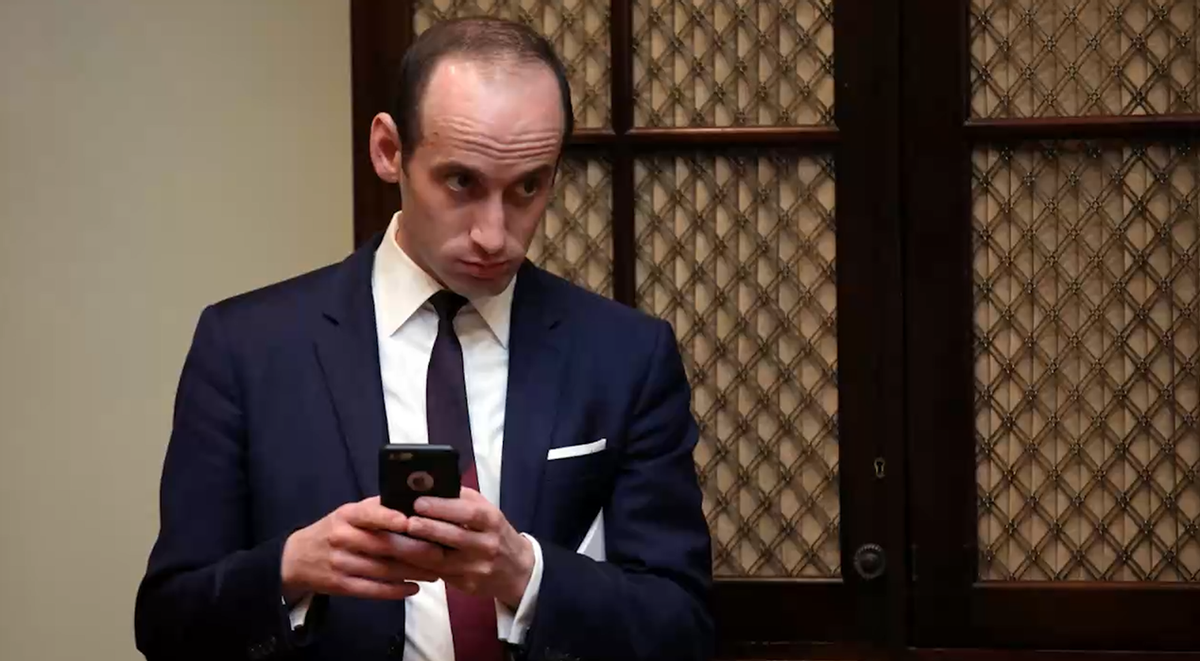 After his feisty exchange with CNN's Jim Acosta earlier in the week, White House senior policy advisor Stephen Miller may have won himself a new role as White House communications director, following the recent firing of Anthony Scaramucci.

White House chief strategist Steve Bannon was quite pleased with the idea of Miller taking over for Scaramucci, Axios reported. President Donald Trump was also a fan of Miller's performance, in which he sparred with Acosta over immigration, and repeatedly said he held a "cosmopolitan bias."

"Top Trump sources" told Axios that Miller was being considered for the post, and has a "'Rainman' ability to recall immigration statistics."

When Miller finished up at the podium and left the daily press briefing on Wednesday, he received praise and high-fives from his colleagues, White House aide Sebastian Gorka said. The president loves when his aides come to his defense and put on a television spectacle, and Gorka has also become on of Trump's favorites as of late, Axios reported.

On Thursday Gorka said that "the president’s Twitter feed" would be able to help resolve the ongoing crisis with North Korea, and suggested Trump's tweets could convince China to help the U.S. thwart the country's efforts to obtain nuclear weapons.

Miller is well known for his hardline nationalist views, and was a key architect of Trump's travel ban, as well as the immigration bill he discussed in the press briefing. Trump endorsed the legislation that would slash levels of legal immigration in half, earlier this week. While Miller may not be the favorite for the job at the moment, there are no further details at this time on other candidates in contention.