"Anything can happen": PBS waits for Congress to approve its funding

If Congress cuts PBS' funding, the public television service will soldier on but rural communities will suffer 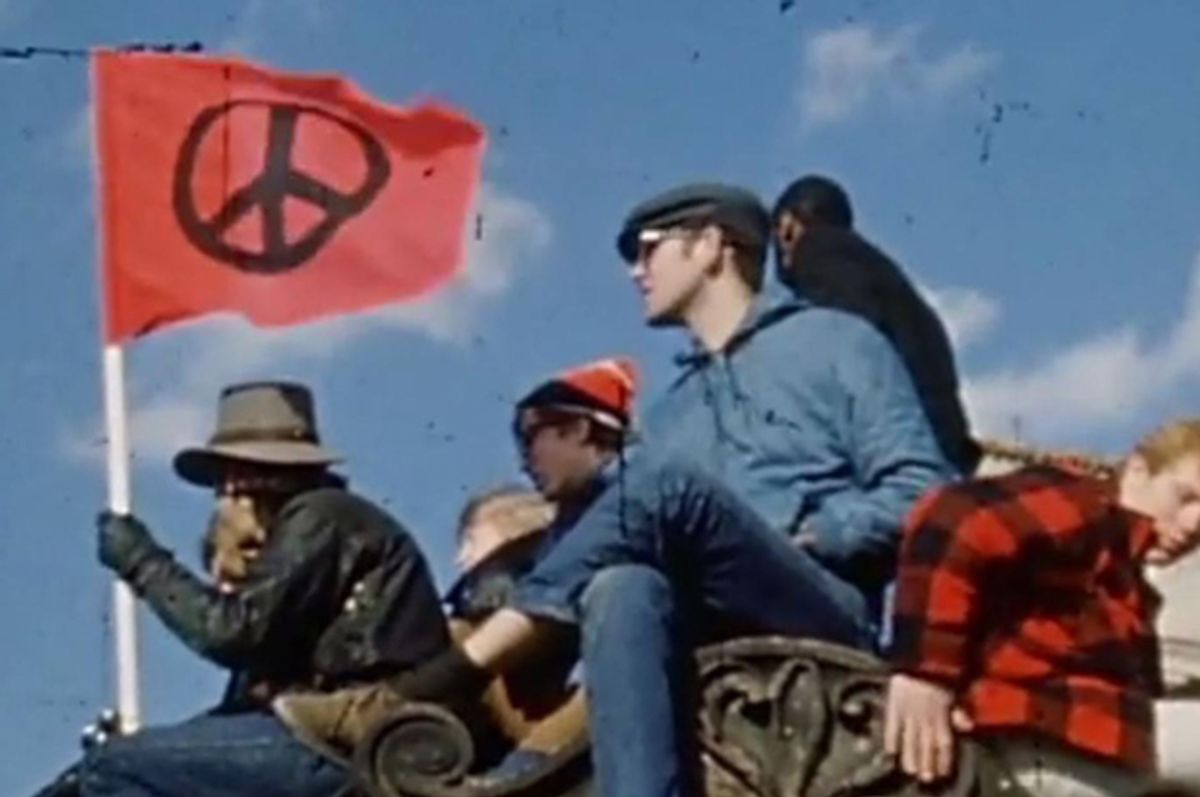 Fending off political threats is one of the less glamorous roles that a PBS president and CEO handles. And at this point, public television’s top executive Paula Kerger is battle hardened. As the longest serving president and CEO in PBS history Kerger, who has occupied the role since 2006, guarded PBS funding during the administration of George W. Bush and is doing so again under Donald Trump.

The good news is that PBS has long enjoyed bipartisan support and emerged intact from past flirtations with being defunded. But because of this, Kerger told reporters at a recent press conference, people have said to her, “'Well, you’ve been in this battle before. So you’ll be okay, right?’”

“And I have to assume, as I think all of us in public media assume, that anything can happen,” she said.

Kerger spoke to reporters as part of two days’ worth of presentations at the Television Critics Association’s Summer Press Tour, currently underway in Los Angeles.

As Salon predicted upon Trump’s inauguration in January, the president put forth a federal budget that would eliminate the majority of funding for the Corporation for Public Broadcasting, which funds both PBS and public radio as well as local stations. The CPB requests funding for two years in advance, and its current appropriation request for 2018-2020 comes to about $445 million.

“This is a dynamic situation, and the outcome is uncertain,” Kerger said. She went on to add that in Congress, the House Appropriations Committee approved most of PBS’ funding, while the House Budget Committee recommended ending federal support. “These differences will be sorted out after the August recess, when the budget and appropriations process continue and the debate moves to the Senate, which has yet to act on our funding [request].”

Out of the amount requested by the CPB, which is a separate entity from PBS, $74.5 million is earmarked for national television programming grants, described in the appropriation request as “national programs in support of the statutory mission to reach underserved audiences, fund independent producers, provide high-quality educational programming for children and adults, and other content-related activities.”

As Kerger explains, the majority of federal funding directly benefits local stations, and stations in the country’s rural areas would be hit especially hard, as will the 20 percent of households lacking access to cable or satellite and the 16 percent that do not have broadband access.

And around $50 million of that request would pay for interconnection costs, Kerger says, which has been largely satellite-based and is in the process of transitioning to fiber. In addition to this, public radio must also rebuild its infrastructure, she says. At the moment these pieces have been left out of the House bill.

At greatest risk is a station in Alaska, Kerger said, where federal funding makes up around 50 percent of their budget. “So if that money goes away, it’s an existential crisis for those stations.”

But she went on to say that she’s heartened by knowing that leaders from both parties support PBS and recognize that its cost of roughly $1.35 per citizen per year is a worthwhile educational and civic service. And when Kerger says that PBS presents “content that cannot be found anywhere else on television, including in-depth journalism, arts and culture, and programs that help viewers better understand the natural world around them,” she speaks the truth.

Over the years conservative pundits and think tanks such as the Heritage Foundation have posited that the proliferation of cable content has made PBS’ role and purpose obsolete. But the outcry over Sesame Workshop’s deal with HBO in 2015 giving it first-run rights to new “Sesame Street” episodes proves that many taxpayers still see the value in keeping the service universally available.

PBS also is doing its part to keep up with the cable trends, one being the live telecast stunt that channels such as National Geographic and Discovery have employed. Public television’s version, “Wild Alaska Live,” recently came to a close. The interactive experience featured co-hosts Chris and Martin Kratt, along with a team of correspondents, filming bears, eagles, wolves, whales and other creatures in their habitat while soliciting response from viewers via social media.

Kerger also points out that while “no one [remembers] that TLC stood for The Learning Channel, or A&E once stood for Arts & Entertainment, or the History Channel is a different breadth of history programming,” public television still makes arts, education and award-winning journalism part of its mandate.

And this bears out in its programming schedule for the fall season. Take “Frontline,” the consistently gripping news documentary series, which will air a two-part documentary on Vladimir Putin, airing Wednesday, Oct. 25 and Wednesday, Nov. 1, that explores the Russian president’s rise from his KGB origins.

“Frontline” also serves as the TV home for the critically acclaimed documentary “ABACUS: Small Enough to Jail,” which is currently in theaters and makes its public television debut on Tuesday, Sept. 13, at 10 p.m.

Stepping into the area abandoned by A&E, PBS’ “Masterpiece” debuts a third season of viewer favorite “Poldark” on Sunday, Oct. 1, and has a second season of “Victoria” on deck for 2018.

The pinnacle of PBS’ fall lineup, though, is “The Vietnam War,” Ken Burns and Lynn Novick’s scorching 10-episode, 18-hour series that was a decade in the making and features testimony from 80 witnesses, including civilians and combatants from the United States, North Vietnam and South Vietnam.

Burns has a reputation for creating in-depth, painstakingly rendered series that grant Americans and the world timeless chronicles of historic and cultural chapters no other filmmakers have come close to matching.

“There’s not a business model where any film production company — and I’m very good friends with [HBO chairman and CEO] Richard Plepler, and he agrees — that we can spend the resources and the time and the scholarship to do this, except public broadcasting,” Burns told critics.

Efforts like these are worth preserving, and Kerger and Burns want to remind PBS supporters that if they value this public trust, they should make their voices heard.

“In rural communities in particular, a significant number of people watch television over the air,” Kerger reminded reporters. “And so I think that that’s a real consequence. When people say, ‘Well, what is the plan B for that?’ There isn’t a plan B for that. For all of us in public media, we have linked arms to try to make an effective case, because we know what’s at risk if that funding disappears.”