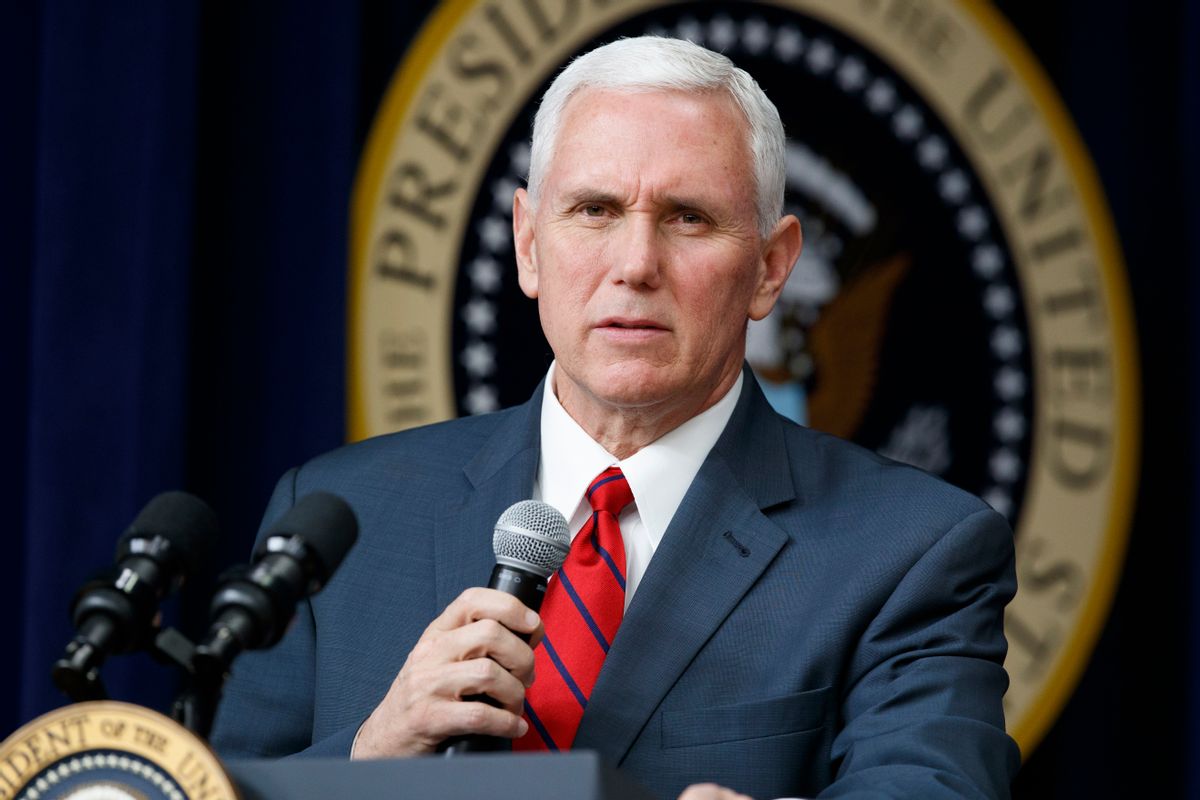 Vice President Mike Pence did not appreciate this weekend's New York Times report that several high-ranking Republican leaders, including the vice president himself, were kicking the tires for a potential 2020 presidential run.

The Times reported late Saturday that advisers to Pence have already suggested to GOP donors that the vice president plans to run if President Donald Trump does not pursue re-election. The story provided verifiable proof that Republicans are wary that Trump may not even last a full term, let alone run again voluntarily in 2020.

"Today's article in the New York Times is disgraceful and offensive to me, my family, and our entire team," Pence said in a statement Sunday. "The allegations in this article are categorically false and represent just the latest attempt by the media to divide this Administration."

The Times reported that Pence "has gone a step further" than previous vice presidents by keeping a fully-occupied political calendar. The newspaper also cited Pence's latest hire for chief of staff, Nick Ayers, who has no experience in the federal government, and is mostly known for his work on campaigns — another departure from past vice presidents.

Pence felt compelled to respond to this story on Sunday by accusing The Times of spreading fake news.

"The American people know that I could not be more honored to be working side by side with a president who is making America great again," he said in the statement. "Whatever fake news may come our way, my entire team will continue to focus all our efforts to advance the President's agenda and see him re-elected in 2020. Any suggestion otherwise is both laughable and absurd."