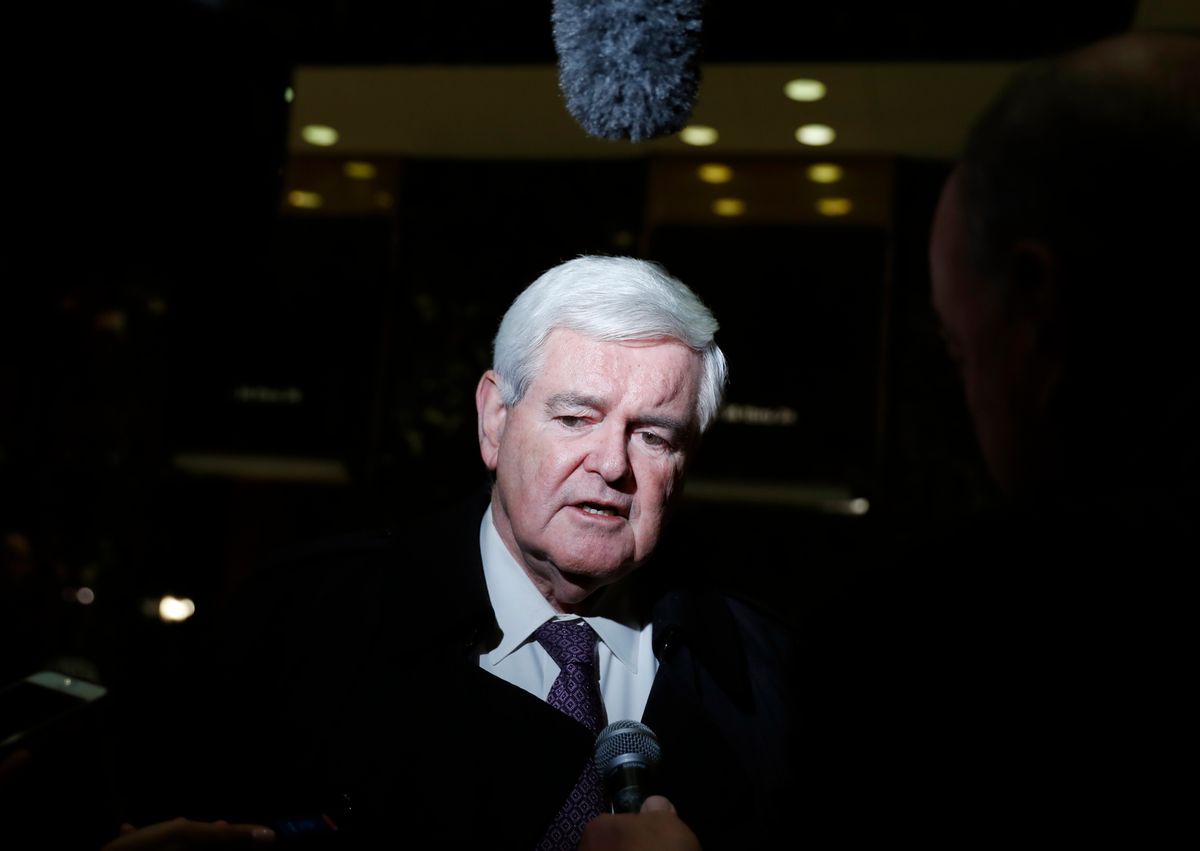 President Trump defenders have officially found a new narrative to delegitimize Robert Mueller's inquiry into Russia's election interference. Newt Gingrich denounced Washington, D.C. as the location of Mueller's grand jury Sunday, suggesting it would be biased due to Trump's poor electoral turnout in the city.

Mueller, who was appointed special counsel over the Russia investigations, has impaneled two grand juries, one in Virginia and another in D.C., to advance his federal probe into possible collusion between Russia and the Trump campaign.

Legal analysts told USA Today that the location of the D.C. grand jury is significant because it indicates that federal investigators are looking into activities that happened in the nation's capital.

Gingrich and legal professor Alan Dershowitz claim that there may be a more unjust reason for a grand jury in D.C.

Dershowitz, who has become an ardent Trump defender the past six months, argued on WABC Radio that Washington's Democratic tilt would be unfavorable to Trump and his administration.

"It gives the prosecutor the power to indict in the District of Columbia, which is a district that is heavily Democratic, and would have a jury pool very unfavorable to Trump and the Trump administration," Dershowitz said on the radio. "So it gives the prosecutor a tremendous tactical advantage."

"The District of Columbia, which is always solidly Democratic and has an ethnic and racial composition that might be very unfavorable to the Trump administration, so I see the significance not so much that he impaneled the grand jury — you have to impanel the grand jury to get subpoena power — but where he impaneled it," he added.

Trump proponents have tried desperately in recent weeks to poke holes at Mueller's objectivity. The latest critique involving the D.C. grand jury might play well with Trump's base, but surely no fair-minded lawyer would think that West Virginia would have been a more appropriate location.