In North Carolina, "heroin is more accessible and cheaper than alcohol"

North Carolina's opioid epidemic has reached a new high. This paramedic is on the front lines of emergency services 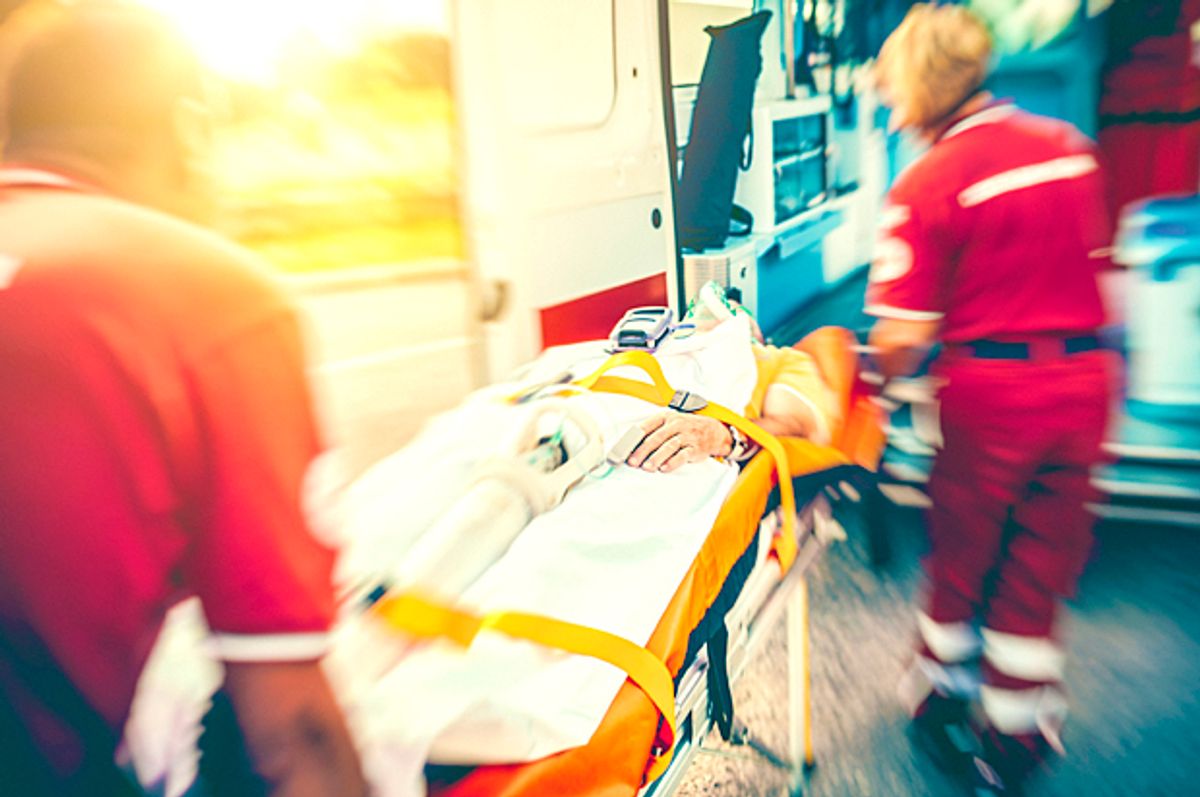 “We arrived on scene where a woman had been found dead from an overdose." Kylee Smith, a paramedic in Guilford County, North Carolina is recounting one of her most recent calls. "She had burns where she had been put on the hot asphalt before the fire department arrived. They then moved her to a tarp and administered a dose of Narcan, while they began to bag her body.” Narcan, a prescription drug that is used to revive those who have overdosed on heroin, was given a standing order by former North Carolina Governor Pat McCrory, making the drug available without a prescription just last year. North Carolina was the third state to issue the order.

“She had just begun to breathe on here own and vomit," says Smith. "We moved her to the truck and remained on scene for over an hour before ourselves and the police department could convince her to go with us.”

In 2015, “the number of deaths from heroin overdoses in the U.S. surpassed those from gun homicides,” according to the Centers for Disease Control and Prevention, while a recent report by the Substance Abuse and Mental Health Services Administration indicated that, “4.31% of people in the U.S. ages 12 or older have used prescription pain relievers for non-medical purpose in the last year.”

These numbers are a harrowing reminder that heroin abuse is growing at an alarming rate, and statistics show this is because the drug does not discriminate. Every socioeconomic class, gender and race is affected by this epidemic. Smith adds, “In some cases heroin is more accessible and even cheaper than alcohol. It gives, from what I understand, a more consistent high; you don't develop a tolerance quite as quickly, and it's easier to hide.” For many addicts, these characteristics allow users to live their lives as normally as possible, some even masking their addiction until it’s too late.

In the Northwest North Carolina region, the foster care system has seen an increase in children needing homes by more than 25% from 2011 to 2015, with Smith’s backyard of Guilford County seeing the highest number; 560 individual children having sought placement in the last year. It's led officials to deem this a “state of crisis,” for the system, and identify the heroin epidemic as an underlying cause for the recent spike.

Recalling that woman in the ambulance, Smith says, “Her reason for not wanting to to leave with us to go to the hospital was because she had to go get her kids from her mother's house. Even the fact that she could die and leave her kids orphaned didn’t help. It wasn’t until we began asking her to expose her dealer that she agreed to go, to stop the police department from asking questions.”

The ease of access to heroin is another factor that has increased its use. Cities and rural towns that have major interstates or highways statistically see a larger spike in use, while new combinations of heroin with additives like carfentanil, which are used to sedate large animals in seconds, have entered the marketplace to offer addicts a new and heavier experience. Fortunately, North Carolina is doing their best to fight this epidemic and in early 2017 enacted the North Carolina's Opioid Action Plan to combat this deluge. The plan includes strategies that reduce the oversupply of prescription opioids and the diversion of prescription drugs into illicit drugs, as well as “measure the effectiveness of these strategies based on their results.”

For many heroin addicts, experiencing the escape from their own reality is what keeps them coming back for more, but for paramedics like Smith, it is a daily reminder that this epidemic is far from over. "I talked to her the whole way to the hospital about her kids and her life. Aside from the marks on her arms, you would have thought she was totally normal."