While not exactly a lateral move, McEnany will pretty much have the same role: loyally defending President Trump 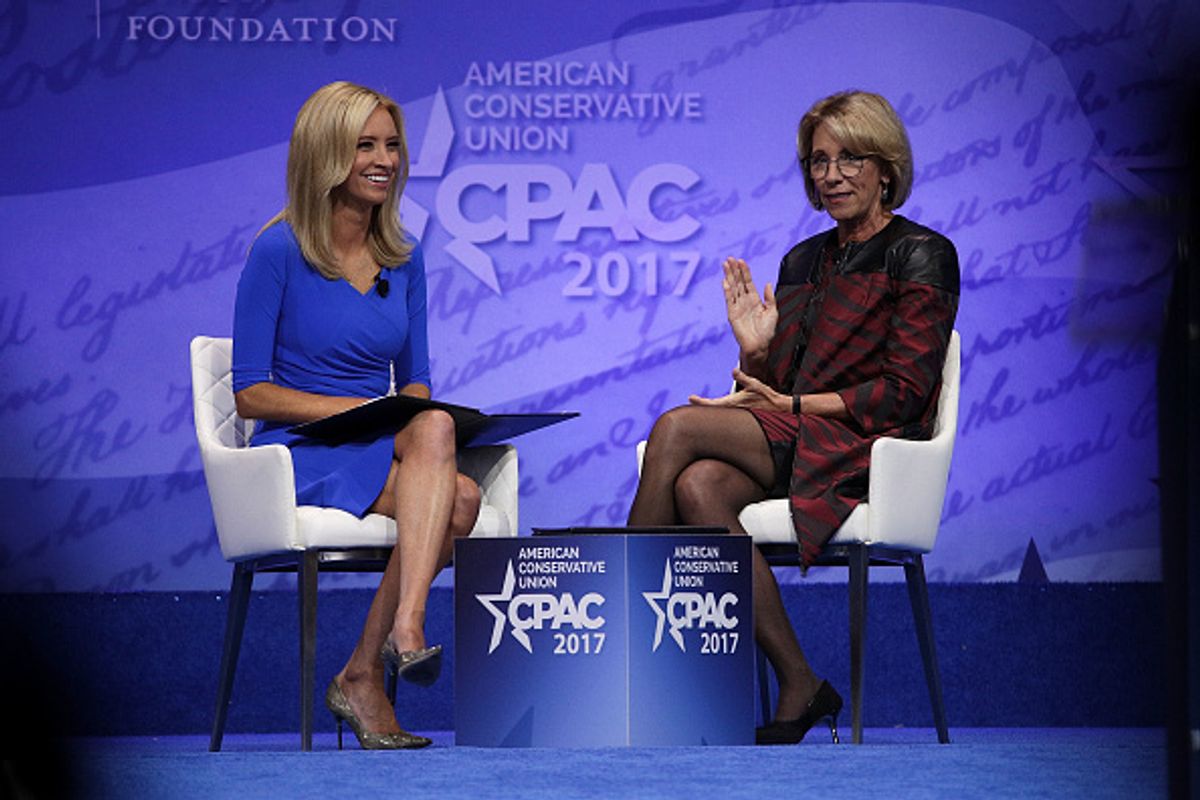 Former CNN commentator Kayleigh McEnany debuted in her new role Sunday as a news host for the official Facebook channel of President Donald Trump's re-election campaign. McEnany tweeted Saturday morning that she was no longer employed by CNN and that she was moving on to another role.

McEnany had been a controversial presence on CNN because she dutifully defended Trump any chance she got — no matter how outrageous her advocacy sounded. Her role at CNN had been dramatically reduced in recent weeks following a confrontation she had with pundit Sally Kohn.

Now McEnany appears to have a new gig with the Trump campaign.

"More great economic news on Friday," McEnany announced on the program, "The July jobs report added a better than expected 209,000 jobs. Overall since the president took office, he has created more than 1 million jobs. The unemployment rate is at a 16 year low, and consumer confidence is at a 16 year high. All while the Dow Jones continued to break records."

"President Trump has clearly steered the economy back in the right direction," she added.

McEnany also celebrated the RAISE Act, a piece of legislation that would cut down on the number of legal immigrants who could enter the country. McEnany span the bill as a job creator.

"On Wednesday, the president introduced the RAISE Act. For decades, a steady rise in immigration has depressed the wages of American workers. The RAISE Act will increase wages, decrease poverty, and save the taxpayers billions," she said. "Americans deserve a raise, and President Trump is finally putting the American worker first."

"Thank you for joining us, everybody. I’m Kayleigh McEnany, and that is the real news," she said to signoff.