In the 1920's, unions used written publications and radio shows to counter anti-immigrant and anti-labor feelings 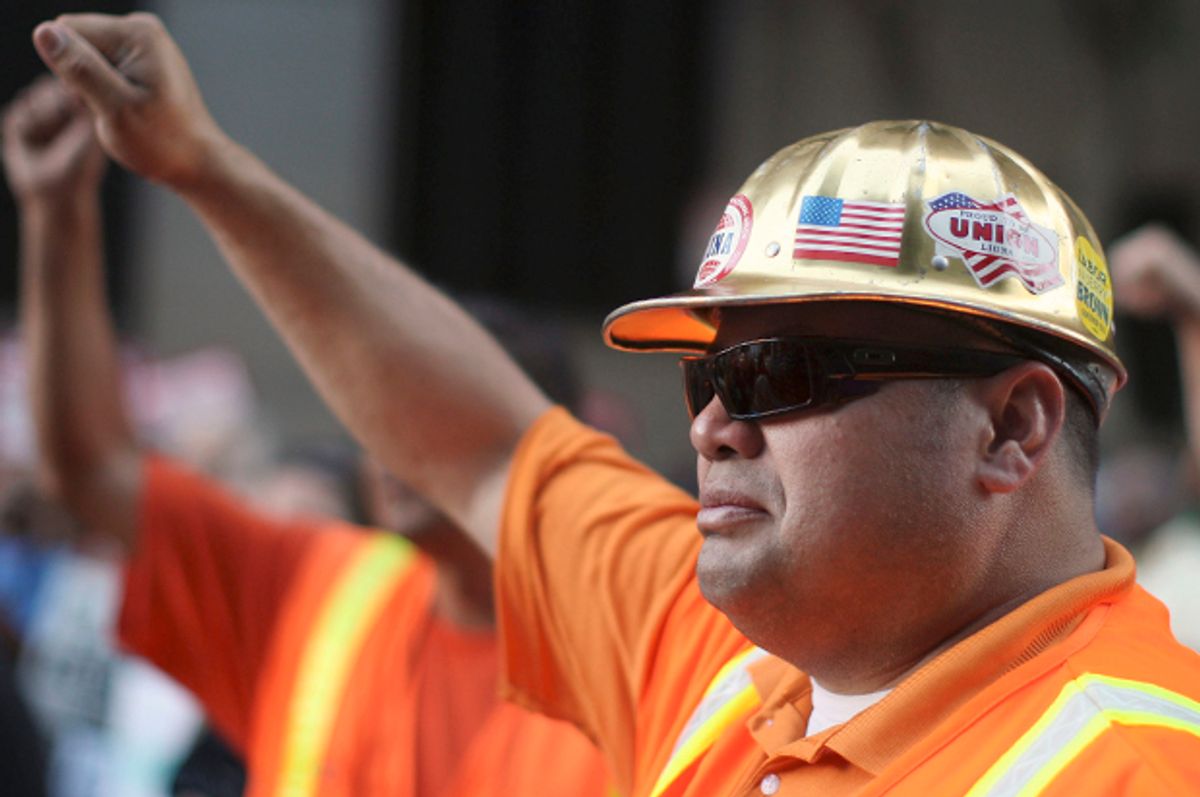 An investment group led by former Chicago alderman and businessman Edwin Eisendrath and the Chicago Federation of Labor recently pulled off an unusual feat when it acquired the Chicago Sun-Times.

The Department of Justice’s antitrust division oversaw the purchase, for a single and symbolic dollar, of one of the Windy City’s two remaining major daily newspapers and the weekly Chicago Reader — along with their debts and a pledge to invest millions. The transaction prevented Tronc, which publishes the Chicago Tribune, from absorbing its competition and creating a monopoly in the nation’s third-largest media market.

Given the newspaper industry’s declining ad sales and subscription base and unions’ dwindling membership, organized labor’s acquisition of a stake in the Sun-Times may look like two dying institutions trying to save each other.

But as an expert on the history of labor-supported media, I see the purchase as a return to labor’s long tradition in fostering a broader public sphere. As I explained in my book, “Media and Culture in the U.S. Jewish Labor Movement,” organized labor helped make U.S. democracy more inclusive and participatory from 1919 to 1941 by amplifying voices the mainstream media often ignored.

As millions of immigrant workers entered the U.S. in the late 19th and early 20th centuries, leftist organizations and unions founded their own newspapers to air perspectives ignored by the outlets under control of Hearst, Pulitzer and the other press barons of the day.

The most successful example: Der Forverts, a Yiddish language socialist daily known as The Forward in English. Founded in 1897 in New York City, this newspaper was read by some 250,000 people by 1920. Still published in print and online in both English and Yiddish, it was back then the nation’s most popular foreign-language and left-wing paper.

Along with seven other daily newspapers published in Yiddish, The Forward formed the cornerstone of what historian Tony Michels calls a “newspaper culture” on New York’s Lower East Side. It helped build an immigrant counterculture that, in turn, enabled sweatshop workers in the garment industry to begin to form unions that demanded — and won — higher pay and workplace protections.

The largest of these unions, the Amalgamated Clothing Workers of America (ACWA) and the International Ladies’ Garment Workers Union(ILGWU), also published their own media dedicated to correcting what they called the “misrepresentation and misunderstanding, and often unfounded accusation” the commercial press levied against them. As the lead editorial in the Advance, the ACWA’s newspaper, once declared,

“We are cutting the pathway in the wilderness of confusion that exists in the American Labor Movement, leading toward the final goal to which the movement strives.”

While corporations and the government developed new propaganda methods during World War I, ILGWU leader Fannia Cohn argued that the labor press could help members “take advantage of the democratic machinery.” J.B.S. Hardman, a labor leader and longtime editor of the ACWA’s Advance, believed that on top of accuracy, union-published media should “aim at feeding the mind and imagination of their readers.”

As the 1920s got underway, anti-immigrant, racist and anti-communist fervor bolstered an anti-worker agenda. Labor publications offered an antidote to what Cohn described as “the crumbling of our civilization” in the war’s aftermath.

Although the U.S. and its allies emerged from World War I as victors, fear of communism – known as the “Red Scare” – spread in response to Russia’s Bolshevik Revolution. There was a crackdown on working-class and immigrant movements. Many U.S. radical and foreign-language papers closed. The Forward, however, thrived. It came to rely increasingly on advertising instead of donations from its community of readers. The Forward used its own profits to support struggling unions and other progressive causes.

In the meantime, Hardman and Cohn fought to keep the ACWA and ILGWU publications in print. Committed to democratic engagement, their papers in multiple languages provided perspectives different from the “publicity men” of the era and offered readers “guidance based on free discussion.”

These efforts culminated as a new medium — radio — opened up fresh avenues for labor to shape American culture. While most trade union leaders believed it sufficient to garner coverage on, or buy air time from, commercial networks, others believed labor needed its own radio stations.

The garment unions and The Forward joined together in New York to found radio station WEVD in 1926. Named after Socialist Party leader Eugene V. Debs, who died that year, the station would broadcast English language public affairs programming, as well as foreign-language entertainment.

As the garment workers organized beyond New York, they brought their emphasis on media to other cities, including Chicago. In a precedent for the Sun-Times purchase, garment workers in the Chicago Federation of Labor developed programs for and gave financial support to the federation’s own radio station, WCFL. As historian Nathan Godfried demonstrates in his book about the station, CFL Secretary Edward Nockels was among the strongest advocates for labor harnessing the airwaves “to maintain some measure of freedom of the air and freedom of speech.”

WCFL gave unions throughout the Midwest airtime, helping to bolster their campaigns during the Depression and World War II. It also put a pro-labor spin on its other programming, like quiz shows and variety shows without becoming propagandistic, Godfried recounts.

Pro-union arts and cultural productions faded nationwide with the rise of McCarthyism and the Cold War. Inhibited from appearing too radical, unions focused more on raising wages for their own members than building the ranks of unionized workers and shaping society’s ideas. Both WEVD and WCFL relied increasingly on commercially produced, rather than union-produced, programming until they got bought out. The now-defunct Mutual Broadcasting System bought WCFL in 1978, and Disney acquired WEVD in 2002.

As union power eroded, the mass media became a bigger business than ever, increasingly controlled by a handful of big global corporations.

The current crises engulfing the media, the labor movement and our democracy resemble what went on during the heyday of labor media. While the new owners of the Sun-Times promise it won’t become the CFL’s propaganda arm, corporate-owned mainstream media skimps on labor coverage. Raising up diverse voices is essential for a city with dramatic racial and economic inequality, which is now becoming less of a draw for the immigrants who have always contributed to its vitality.

History demonstrates that labor-owned media can be a bulwark against corporate monopoly and strengthen democracy. Seen in this light, it makes sense for unions to make bold moves like the role the CFL is now playing in Chicago.