22 ways Sean Hannity has tried to undermine the Russia probes

Hannity is rooting for Russia probes to fail 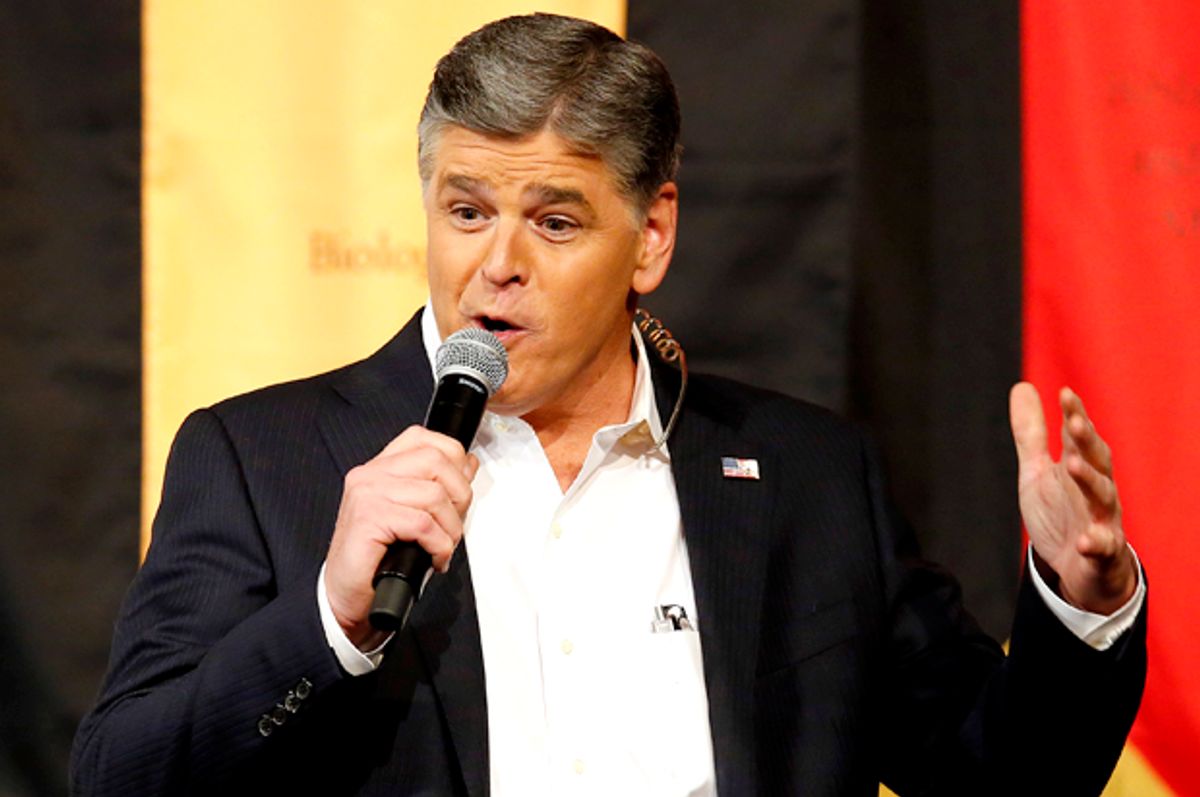 Fox News host Sean Hannity has been one of President Donald Trump's biggest propagandists and defenders, lashing out at the president's perceived enemies and critics to defend his actions and policies.

But Hannity has not defended Trump on any issue more staunchly than on the ongoing controversy surrounding Trump and his administration's possible ties to Russia, which the Justice Department and both chambers of Congress are investigating. Hannity has sunk to unprecedented levels to undermine these investigations. He has made up often inconsistent conspiracy theories about who actually was behind the hacking of the Democratic National Committee (DNC) emails, has hyped dubious scandals involving former Democratic presidential nominee Hillary Clinton and former President Barack Obama, has attacked former FBI Director James Comey and the special counsel for the Russia probe, Robert Mueller, and has even suggested that collusion between the Trump campaign and the Russian government is fine. Here are 22 examples of Hannity ignoring facts, promoting falsehoods and conspiracies, and attempting to cast blame on others in order to defend, deflect, and downplay accusations that Trump's campaign colluded with Russia to interfere in the U.S election.