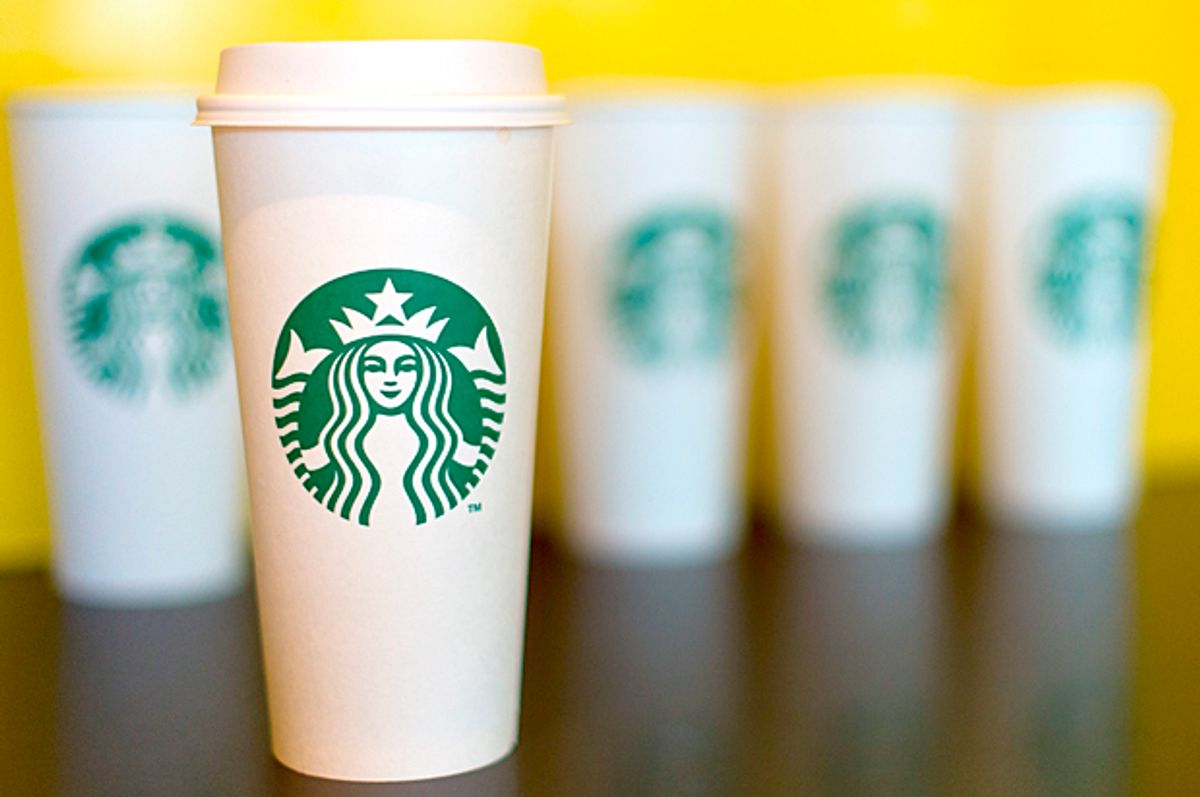 With an ever-growing anti-immigration sentiment spreading throughout the country — one that is only supplemented by the Trump administration's xenophobic rhetoric — newcomers to this country are facing discrimination and danger in fresh, inventive ways. Take, for instance, the case of the fake Starbucks ad created by 4chan users for the purpose of trolling and exploiting immigrants.

4Chan, an anonymous online forum, has never been free from controversy. The site has been blamed with leaking stolen nude photographs of various celebrities and was the source of encouraging people to microwave their iPhones in 2014. The Washington Post even dubbed the website the "ninth circle of hell." Following the site's latest scandal, there seems no need to change that appellation.

"How about we meme 'Undocumented Immigrant Day' at Starbucks into existence?" said one 4chan user, suggesting the plot to trick immigrants. "Announce free coffee for all illegals on a certain date. August 11? 11 looks like II (for Illegal Immigrant). I’m open to suggestions there. Name a liberal place for all illegals to go at once and demand free stuff."

The ad claims, "All undocumented Americans will receive any item on the Starbucks menu 40 percent off," using hashtags like #borderfreecoffee" to promote the event. The ad was used to target "Dreamers," or people protected under the Deferred Action for Childhood Arrivals (DACA), in hopes of "getting ICE involved," as one user replied.

Starbucks was quick to shut down the hoax, telling their Twitter followers, "this is completely false. Starbucks is not sponsoring any such event. Please do not spread misinformation."

America may indeed be losing ground in technical and scientific innovation, but we remain out in front when it comes to creating new ways to treat other people like garbage.