Some California farmworkers earn $40,000 a year with benefits — thanks to years of organized action 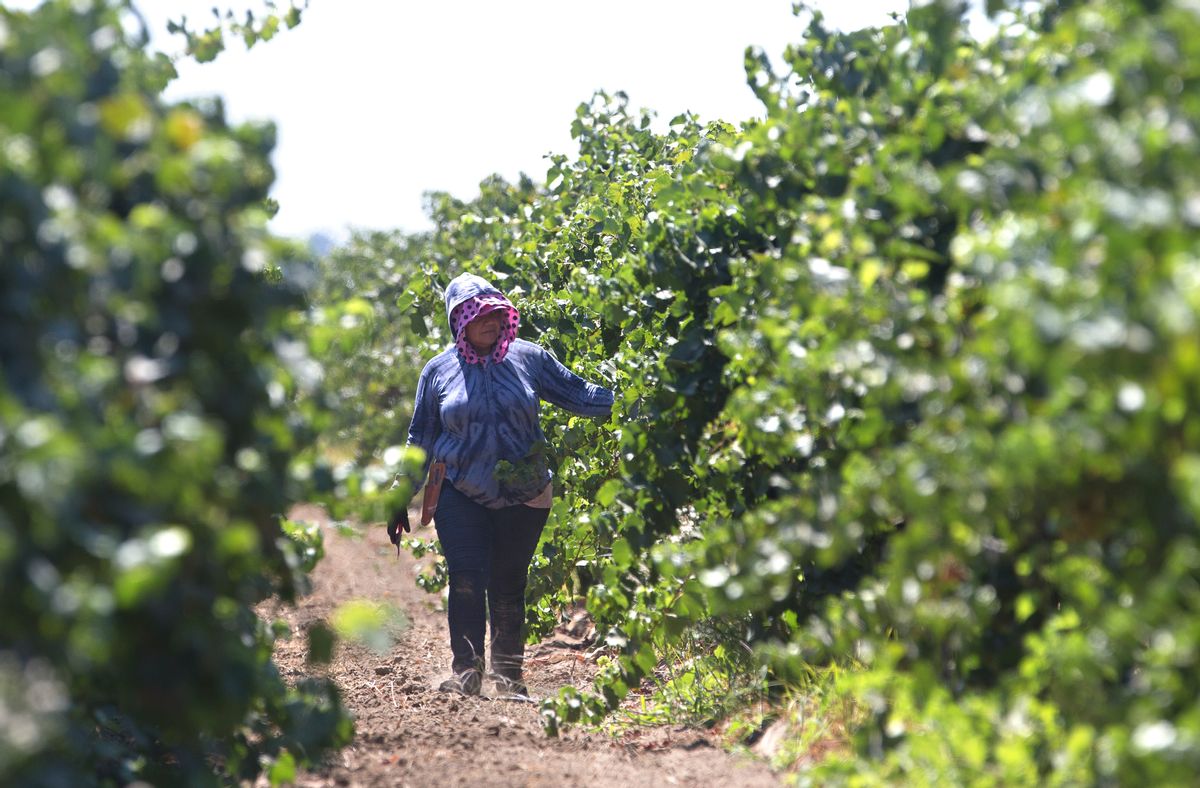 This year that changed. Rick Pickering, chief executive officer of the California Exposition & State Fair, and Tom Martinez, the fair’s chief deputy general manager, asked the United Farm Workers to help put together an exhibit to remedy this historical omission. As a result, for the first time the fair, which runs through July 30, has an exhibition that not only pays tribute to field laborers, but also acknowledges the long history of their struggle to organize unions.

Growers are not happy, and fair organizers got some pushback. But at the ceremony inaugurating the exhibition, State Senator Ben Hueso D-San Diego, the head of the California Latino Legislative Caucus, explained why they no longer have veto power. “We wouldn’t be here without the work of farmworkers,” he said. “The legislature now includes members who worked in the fields themselves, or have family who did, who know what it’s like to work in 100 degree heat, to suffer the hardest conditions and work the longest hours. We want our families to work in better conditions and earn more money.”

Some of the farmworkers who came as guests of the fair were veterans of that long struggle. Efren Fraide worked at one of the state’s largest vegetable growers, D’Arrigo Brothers Produce, when the original union election was held in 1975. However, it was only after the legislature passed the mandatory mediation law, forcing growers to sign contracts once workers voted for a union, that the first union agreement went into force at the company in 2007, covering 1,500 people.

D’Arrigo workers maintained their union committee through all the years between 1975 and 2007, organizing strikes and work stoppages to raise conditions and wages. “I’m very proud to see that we’re included here,” Fraide said, gesturing toward the photographs on the walls in the cavernous exhibition hall. “It shows who we are and what we went through. Si se puede!”

As the workers were introduced by UFW President Arturo Rodriguez, they stood up from their seats to applause. Rodriguez noted that some farmworkers, like those working at Monterey Mushrooms’ sheds near Morgan Hill and Watsonville, now make a living wage of between $38,000 and $42,000 in year-round jobs with benefits. “This exhibition recognizes that farm labor is important work, and that it can be a decent job if it includes labor and environmental standards. It can come with job security, and can be professional work,” he emphasized.

“What’s been lacking is an acknowledgment of the people who do the work,” charged Sacramento County Supervisor Phil Serna, son of the capital city’s late mayor, Joe Serna, and nephew of former UFW organizer Ruben Serna. “This exhibition documents their political activism. We wouldn’t be here if it were not for the farmworkers movement.”

David Bacon is an associate editor of Pacific News Service who writes on immigrant and labor issues.