Instead of "meetings," Trump is live-tweeting CNN and battling Richard Blumenthal while on vacation

Trump is supposedly working during his 17-day vacation, so no surprise he's still watching CNN and using Twitter 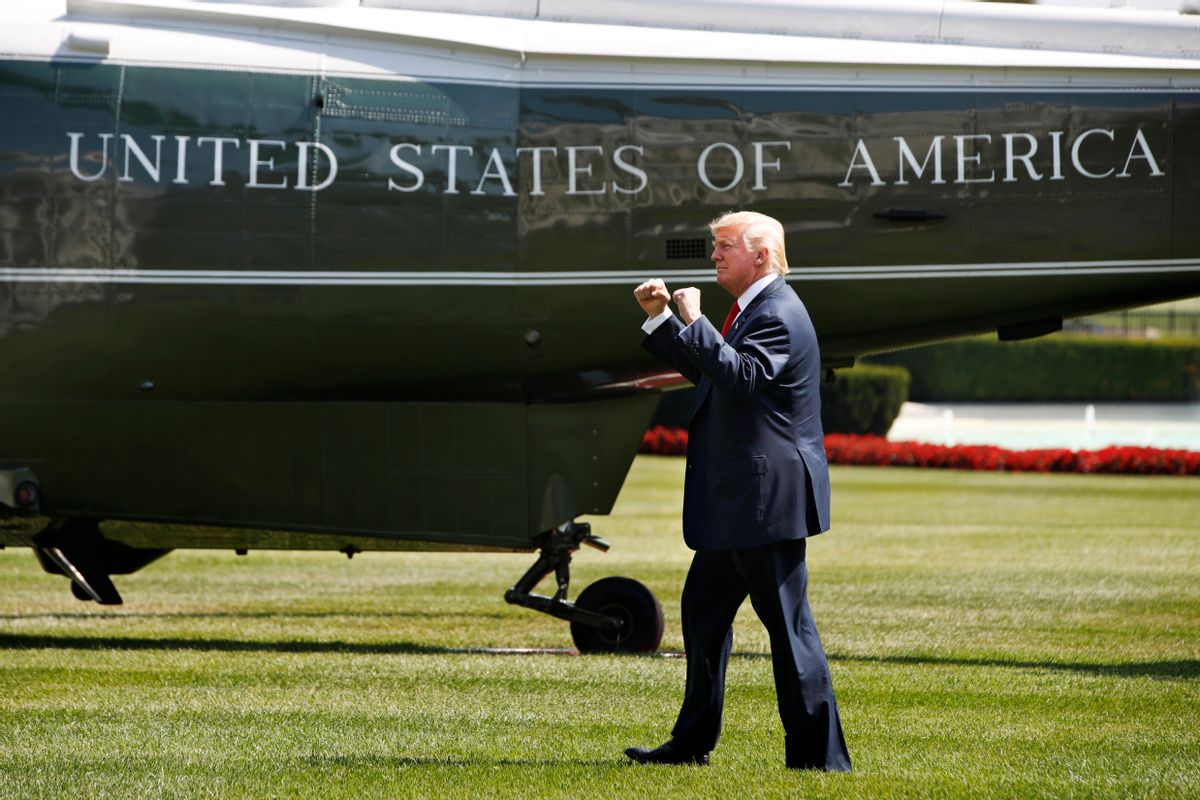 President Donald Trump may be on vacation this week, but his TV consumption and social media antics are not. The president took to Twitter Monday morning to rant about The New York Times, polls and Sen. Richard Blumenthal, proving once again that no one — not even his new chief of staff, Gen. John Kelly — can restrain him.

The embattled president insisted last week in a tweet that his two-week trip to Bedminster, New Jersey would be a working vacation filled with phone calls and meetings. (A video of Trump greeting patrons at his private golf course soon discredited that claim.)

Trump has been so busy with meetings that he apparently found time to watch CNN Monday morning, and what he watched apparently enraged him enough to go off on the media and a Democratic senator.

Connecticut Sen. Richard Blumenthal joined CNN "New Day" Monday to talk about the Russia investigation and the Department of Justice's crackdown on leaks. Trump did not like what he had to hear, so he decided to call out Blumenthal for a seven-year-old scandal involving his service during the Vietnam War. Blumenthal once misspoke at a 2008 event in Connecticut, saying that he was in Vietnam for the war. Blumenthal actually received five deferments, avoiding deployment to Asia. He did, however, serve in the Marine Reserves during that time, according to The New York Times.

The president, for the record, received five deferments during the Vietnam War: four for college and one for bad feet, according to The New York Times. Trump once said that his avoidance of STDs during the 70s was his own, personal Vietnam, so the president himself may not be an honest voice on the topic of a "phony Vietnam con artist!"

Blumenthal, for his part, offered an even-tempered response to Trump's attack.