The video for "Moonlight" skewers the whiteness of popular culture 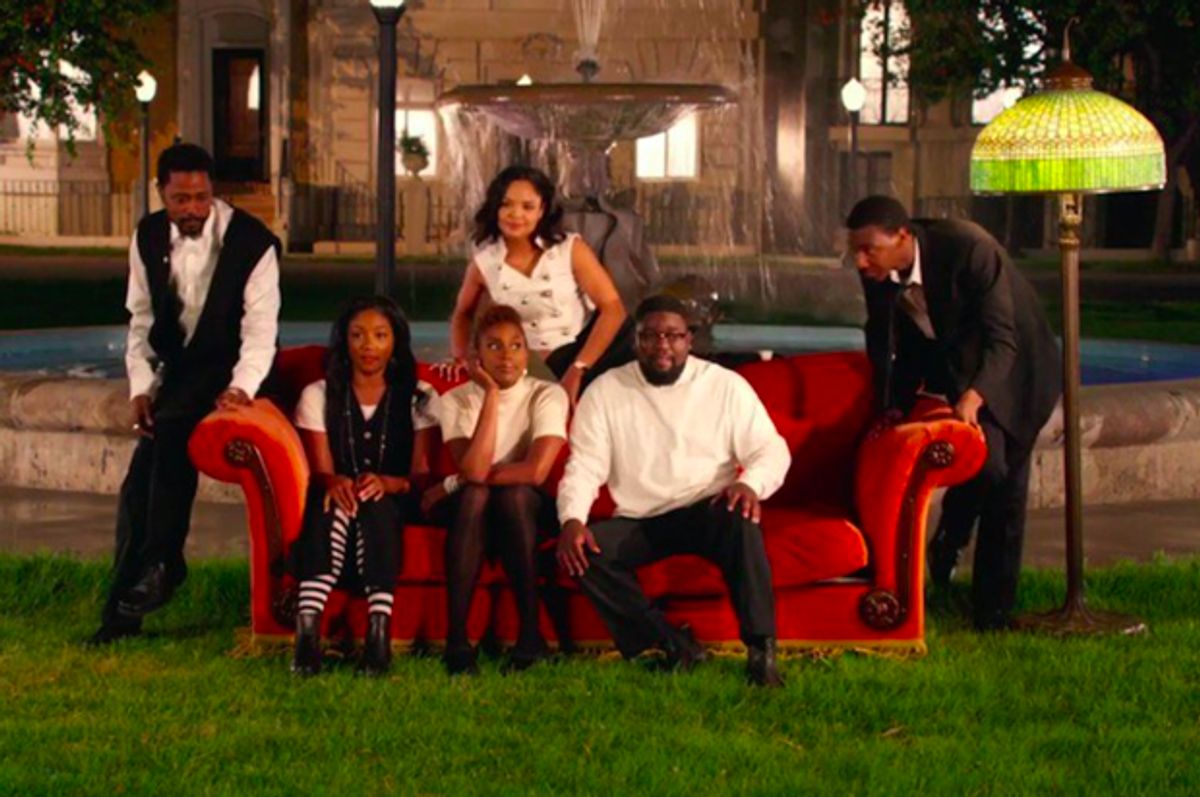 Jay-Z's latest album, "4:44," offers commentary on the inherent presence of racism within popular culture. His new video for the song "Moonlight" is no different.

The video, available to stream now on Tidal and everywhere next week, replaces the overbearingly white cast of "Friends" with some of Hollywood's most influential black actors. The new Ross (Jerrod Carmichael, "The Carmichael Show"), Rachel (Issa Rae, "Insecure"), Monica (Tessa Thompson, "Creed"), Phoebe (Tiffany Haddish, "Girls Trip"), Joey (Lil Rel Howery, "Get Out") and Chandler (Lakeith Stanfield, "Get Out") reenact an episode from the original series, "The One Where No One's Ready."

While the "Friends" cast takes a break from shooting during the video, Carmichael sits down with comedian Hannibal Buress, who is visiting the set. “When they asked me to do it, I was like, ‘Okay, this is something that’s subversive, something that’ll turn culture on its head,’” Carmichael says, in an attempt to convince Buress.

“You did a good job of subverting good comedy,” Buress replies, unconvinced. “You gonna do black Full House next?” The song "Moonlight" begins to play, and Jay-Z is heard rapping "Y'all stuck in La La Land/ Even when we win, we gon' lose/ Y'all got the same f***** flows/ I don't know who is who."

The video ends with Carmichael sitting on a bench while looking up at the moon. The audio of Warren Beatty accidentally, incorrectly announcing that "La La Land" won the Oscar for best picture plays in the background.

By creating a reenactment of "Friends" with black actors in the place of white actors, Jay-Z offers a reminder of and a corrective to the the pervasive, exclusionary whiteness of popular culture — a whiteness that played out on one of television's most popular (and most racially homogeneous) shows. Choosing to recast "Friends" is particularly poignant, considering the Fox show "Living Single" — a series that had come first and followed the lives of six friends living together in New York City — did not receive anything close to the promotional and financial support that "Friends" did.

The video for "Moonlight" is only available to stream on Tidal. Watch a very brief excerpt of the short film here.