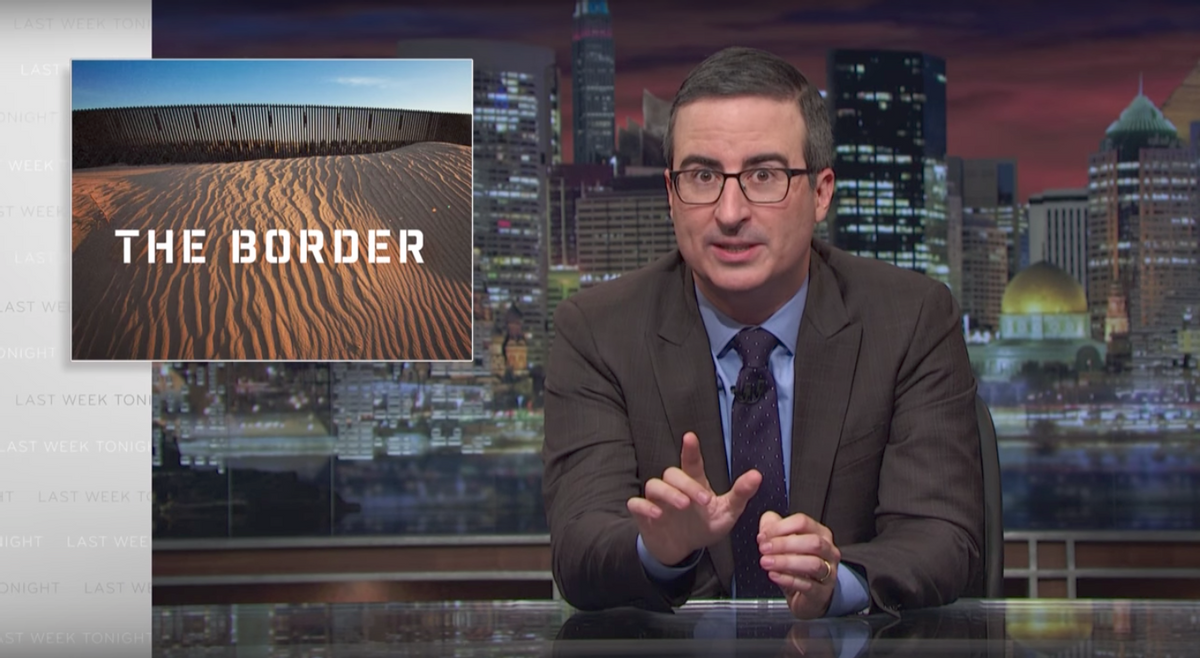 This wouldn't be the first time that the Border Patrol saw a hiring surge since 2000. President George W. Bush expanded Border Patrol from 10,000 to 20,000, and the results were less than optimal, Oliver noted.

Contrary to popular belief, Border Patrol agents are not just crime fighting, drug curtailing, mercenaries who ruthlessly stop anyone trying to cross their border. They actually do a mixture of humanitarian work and law enforcement, Oliver noted.

But when the Border Patrol last saw a hiring surge, the agents being recruited were not qualified for the job, and the training had to be cut back in order to reach quotas.

"The Border Patrol cut back on Spanish and physical training, so the new standards affect the agents' ability to talk to the people they caught and catch the people they wanted to talk to, which seem like pretty essential facets of their job," Oliver said.

"It's like if the training program at Sea World left out putting on a wetsuit and systematically driving carnivorous whales insane," he joked.

Corruption within the Border Patrol also saw an uptick since the early 2000s.

The Border Patrol has had to rewrite the rules on the use of force, prohibiting the shooting of suspects fleeing the scene who do not pose a threat to themselves or to others.

"It does seem to be one of those rules that you shouldn't have had to write down," Oliver said. "If you went to a zoo and their were a giant sign that said, 'Please don't finger the armadillos,' you would wonder what had happened before that sign went up."

"Despite all of the warning signs, we are about to embark on another ambitious Border Patrol hiring surge," Oliver said.

Unfortunately, Trump seems determined to ramp up the number of Border Patrol agents. What could go wrong this time?