The governor noted that if the roles had been reversed, the country would quickly label it terrorism 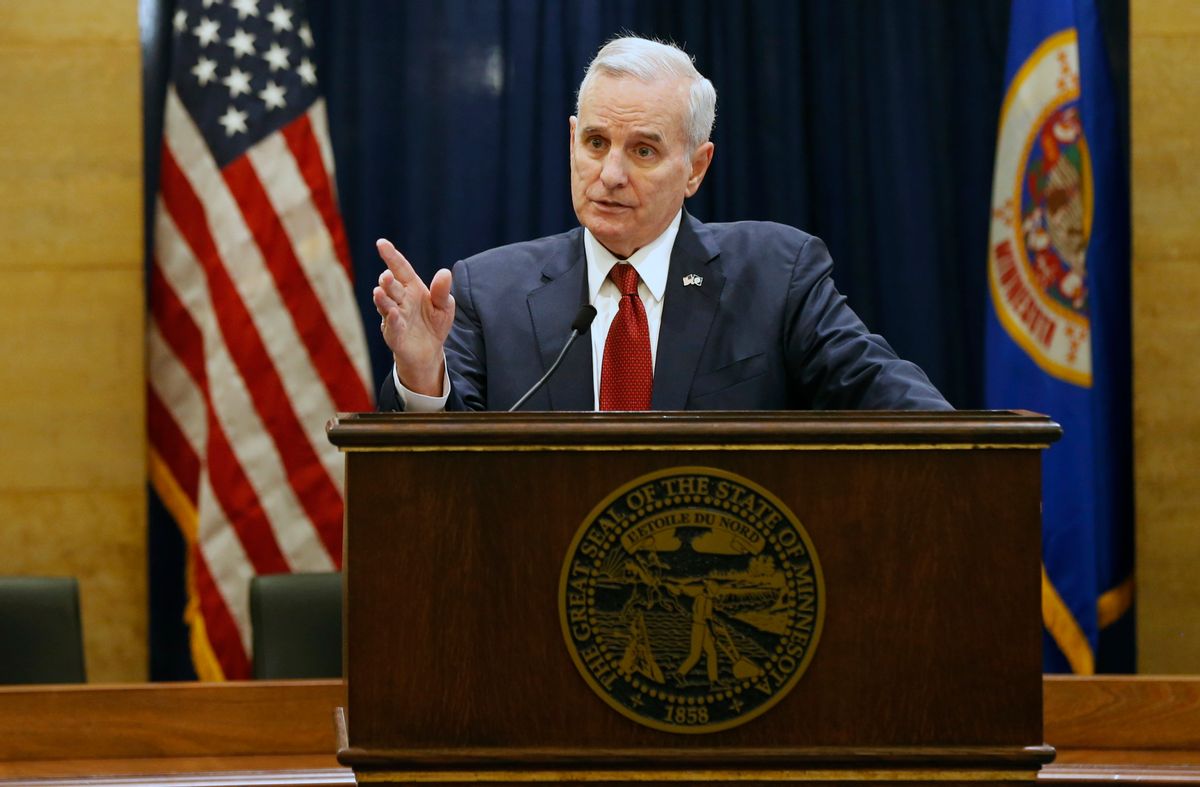 Minnesota Gov. Mark Dayton called the bombing of a suburban Minneapolis mosque "an act of terrorism" during a visit at the Islamic center Sunday morning.

Dayton and other elected officials toured the site and met with local leaders of the Dar Al-Farooq Islamic Center in Bloomington, Minnesota as a show of solidarity, the Associated Press reported.

"What a terrible, dastardly, cowardly terrible act this was that was committed yesterday," Dayton said. "As someone said in the meeting, if the roles were reversed, it would be called a terrorist attack. And that's what it is, an act of terrorism."

The FBI is currently handling the investigation of the bombing. The bureau said Saturday that an "improvised explosive device" caused the blast. The explosion damaged the imam's office and shattered windows.

Minneapolis has a large Muslim population for a Midwestern city. U.S. Rep. Keith Ellison, whose district represents Minneapolis and the surrounding suburbs, was the first Muslim to be elected to Congress.

"Hate is becoming too prevalent in our society," Ellison said in a statement. "It spreads on social media and infects our discourse. We must counter it with love and values we hold so dear."

"While we do not know who is behind this attack, we do know they do not represent what makes Minnesota special. I know law enforcement will find these suspects quickly and bring justice to our community," Ellison concluded his statement.

Leaders at Dar Al-Farooq Islamic Center have established a GoFundMe page to raise money for the damages from the bombing. It is available at gofundme.com/support-dar-al-farooq-center. The fundraiser has raised over $34,000 from more than 800 people in just two days as of Monday morning.