The ugly, pseudoscientific history behind that sexist Google manifesto 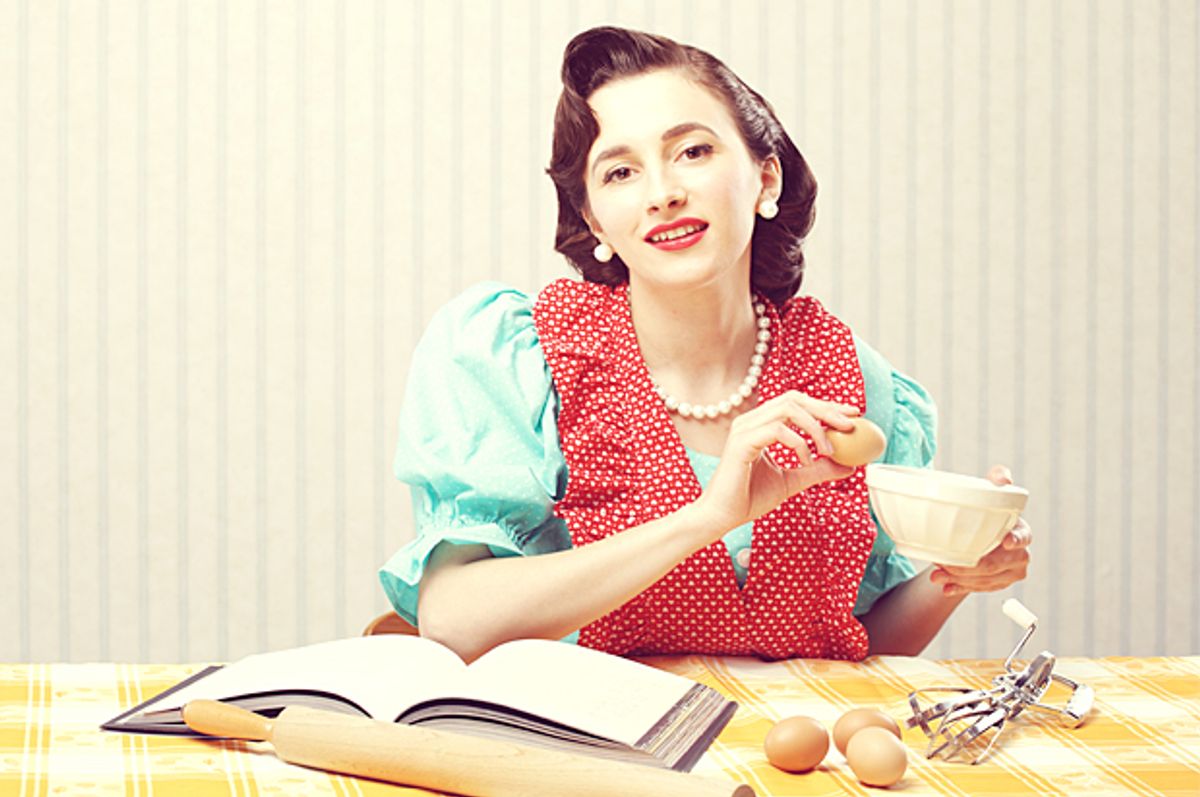 If you haven’t read the full text of this leaked memo that now-fired Google software engineer James Damore sent around to his co-workers, here's the Cliff’s Notes version: A pervasive “left” bias at Google has “created a politically correct monoculture that maintains its hold by shaming dissenters into silence,” Damore claims. He states his belief that the reason that the company doesn’t have “50% representation of women in tech and leadership” may be because of “biological differences.”

“The distribution of preferences and abilities of men and women differ in part due to biological causes and that these differences may explain why we don’t see equal representation of women in tech and leadership,” Damore writes. “We need to stop assuming that gender gaps imply sexism.”

Damore continues by suggesting that the reason that there are few women in “top leadership positions” may be because of biological reasons, namely, “men’s higher drive for status.” His recommendation is that they accept these biological differences and assign men and women to different roles: “Women on average look for more work-life balance while men have a higher drive for status on average,” Damore writes.

The reasons that these "facts" of his have been ignored, he writes, is because “We all have biases and use motivated reasoning to dismiss ideas that run counter to our internal values.” He suggests that “the Left tends to deny science concerning biological differences between people (e.g., IQ and sex differences).”

You might be keen to ask: are Damore's claims entirely false? Damore is good with rhetoric — to the layperson, or to anyone who doesn’t follow cultural politics or scientific debates, his ideas unfold quite rationally.

Way back in 1984, three scientists -- biologist and zoologist R.C. Lewontin, biologist Steven Rose, and psychologist Leon J. Kamin -- published a book called “Not In Our Genes” that debunked the myth that biological sex determined interests and behavior, a belief sometimes called “biological determinism.” There is a long history of screeds akin to Damore’s being penned and taken seriously; in fact, so common are these types of manifesti, that Lewontin, Rose, and Kamin described their common rhetorical through-line:

The biological determinist argument follows a by now familiar structure: It begins with the citation of “evidence,” the “facts” of differences between men and women … These “facts,” which are taken as unquestioned, are seen as depending on prior psychological tendencies which in turn are accounted for by underlying biological differences between males and females at the level of brain structure or hormones. Biological determinism then shows that male-female differences in behavior among humans are paralleled by those found in nonhuman societies — among primates or rodents or birds . . .  giving them an apparent universality that cannot be gainsaid by merely wishing things were different or fairer. . . And finally, the determinist argument endeavors to weld all currently observed differences together on the basis of the now familiar and Panglossian sociobiological arguments: that sexual divisions have emerged adaptively by natural selection, as a result of the different biological roles in reproduction of the two sexes . . . the inequalities are not merely inevitable but functional too.

Sound familiar? Damore’s arguments are nothing new. And because they follow such a well-trod pattern, these three biologists were debunking his argument -- in 1984. Let's go through and pick apart Damore's fallacies, shall we?

Let’s start with the idea that women or men or better disposed for STEM. Lewontin, Kamin and Rose note that an “exhaustive review of the literature on sex differences and performance” by Hugh Fairweather revealed that, “despite persistent claims to the contrary,” there is

“no substantial sex differences in verbal sub-tests of IQ tests; in reading; in para-reading skills; and in early linguistic output; in articulatory competence; in vocabulary; and in laboratory studies of the handling of verbal concepts and processing of verbal materials.”

Yet even if there were substantial sex differences in the test results, the authors note that this wouldn’t necessarily disprove anything: children are socialized from such a young age that gendered expectations are imprinted on them very early on. “All cultures must generate expectations of behavior among parents and hence ensure that certain types of behavior are going to be consciously or unconsciously reinforced or discouraged from the beginning,” they write. In other words, social imprinting starts young.

Hormones make us who we are

Another of Damore’s persistent claims is that the “biological differences” between men and women “have clear biological causes and links to prenatal testosterone.” This myth, too, has been debunked.

“Insofar as sex differences are determined by hormones, they are not a consequence of the activities of uniquely male or female hormones, but rather probably of fluctuating differences in the ratios of these hormones and their interactions with target organs,” Lewontin, Rose and Kamin write. In other words: there isn’t hard science that shows that “testosterone = drive for leadership.”

And finally, we come to Damore’s claim that men and women’s biological differences are “universal across human cultures.” This can be easily disproven by noting how different professions are gendered around the world — sure evidence that our interests and the careers we are steered to stem more from how we are socialized. Doctors in the United States are more likely to be male than female at a 2:1 ratio, but in the Soviet Union in the 1980s the situation was the opposite. This women-biased gender difference persists in former Soviet satellites like Estonia, which has about 70% women doctors.

In other fields, previously-theorized “inherent” gender differences have been overcome. The number of women earning biology PhDs steadily rose to the point that today, more than half of all biology PhDs in the United States are awarded to women. These are but a few examples.

The dark history of biological determinism

Many of the ideas that Damore presents as self-evident “facts” -- that men have a “higher drive for status,” or that “women on average are more cooperative”  — seem remarkably convenient to the narrative of his own success in life. His thesis is quite self-assured: not only does he deny the need for affirmative action or the existence of any systemic bias, but he simultaneously asserts his own position and status in society as emergent from no systemic privilege whatsoever. In effect, he asserts his own victimhood. (He even claims systemic bias against “conservatives.")

As far as deterministic claims go, Damore’s are redundant — he could have just copy-pasted the text of one of thousands of these written in the early 20th century — and also milder than many. In the past few centuries, the same line of argument has been used to argue for the racial superiority of whites, the inferiority of women, and to justify transphobia. (Indeed, Damore does present sex as binary and rigid -- there's no discussion that the mere idea of two sexes may be a myth, a fact that is supported by science.)

Damore doesn’t go as far as to advocate for eugenics, to his credit; he argues that men and women have differences that need to be respected, and rather doesn’t say men are “superior” — even if in his estimation, men are predisposed to be traditionally successful by our current social metric. Still, biologically deterministic arguments like his can easily slip into eugenicist doctrines of yore.