Stephen Colbert reminds Bolling what happens to people in glass houses: Everyone can see their junk 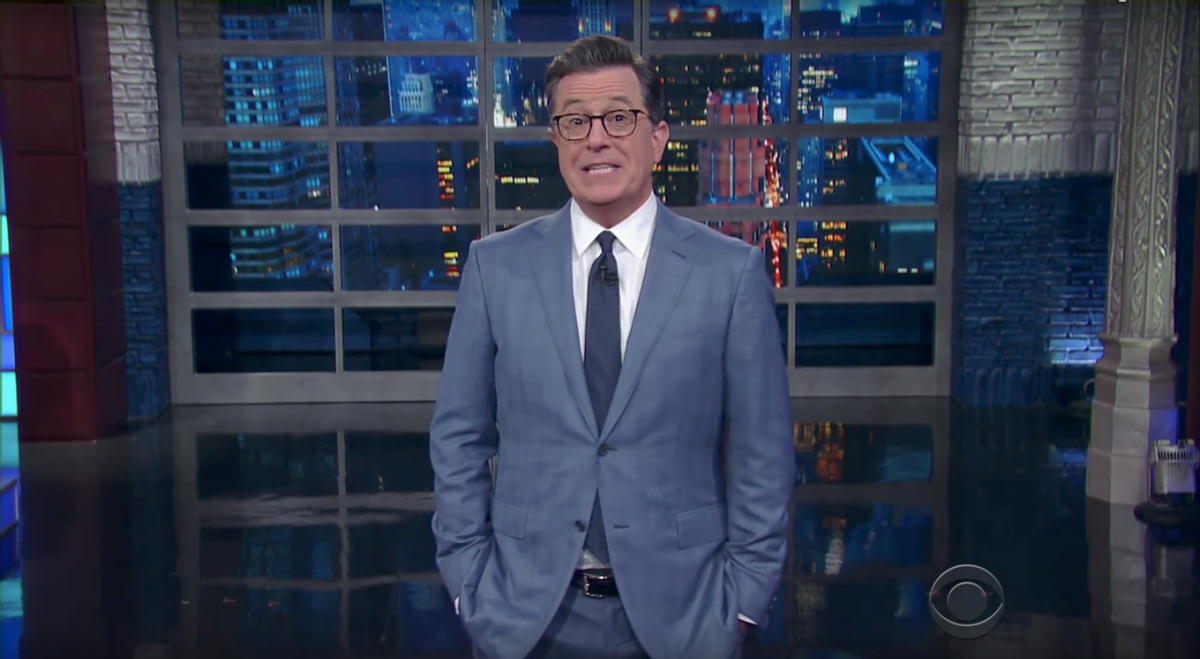 Eric Bolling pretty much begged to get mocked and ridiculed for the recent allegations of sexual harassment made against him, i.e., sending "dick picks" to colleagues at Fox News.

The Fox News host, "whose cologne you can smell through the TV," according to late-night comedian Stephen Colbert, has been a blowhard on the right-wing network for years.

"Whatever happened to old-fashioned courtship?" Colbert asked his audience during his opening monologue Monday.

Bolling has been suspended from Fox News while the network investigates allegations uncovered by the Huffington Post.

"He denies the charges, sort of," Colbert informed his audience.

"How do you forget sending someone your bits and pieces?" Colbert asked. "Did I leave the water running in the tub? Did I send multiple penis pictures to my coworkers?"

To make matters worse for Bolling, the conservative commentator was a leading critic against U.S. Rep. Anthony Weiner. Colbert showed one segment that aired on Fox News during the Weiner scandal.

"He is a sick human being to continue to do this time and time again, continue to get caught, saying he's not going to do it again, gets caught again," Bolling said at the time.

"You know what they say about people who live in glass houses?" Colbert responded to the clip. "It's really easy to show your junk to the whole neighborhood."

Bolling has said in the past that when his career at Fox News ends, he will try to make a run for the Senate.

"So get ready for Bolling 2018, though the lawn signs will have to be blurred," Colbert joked.