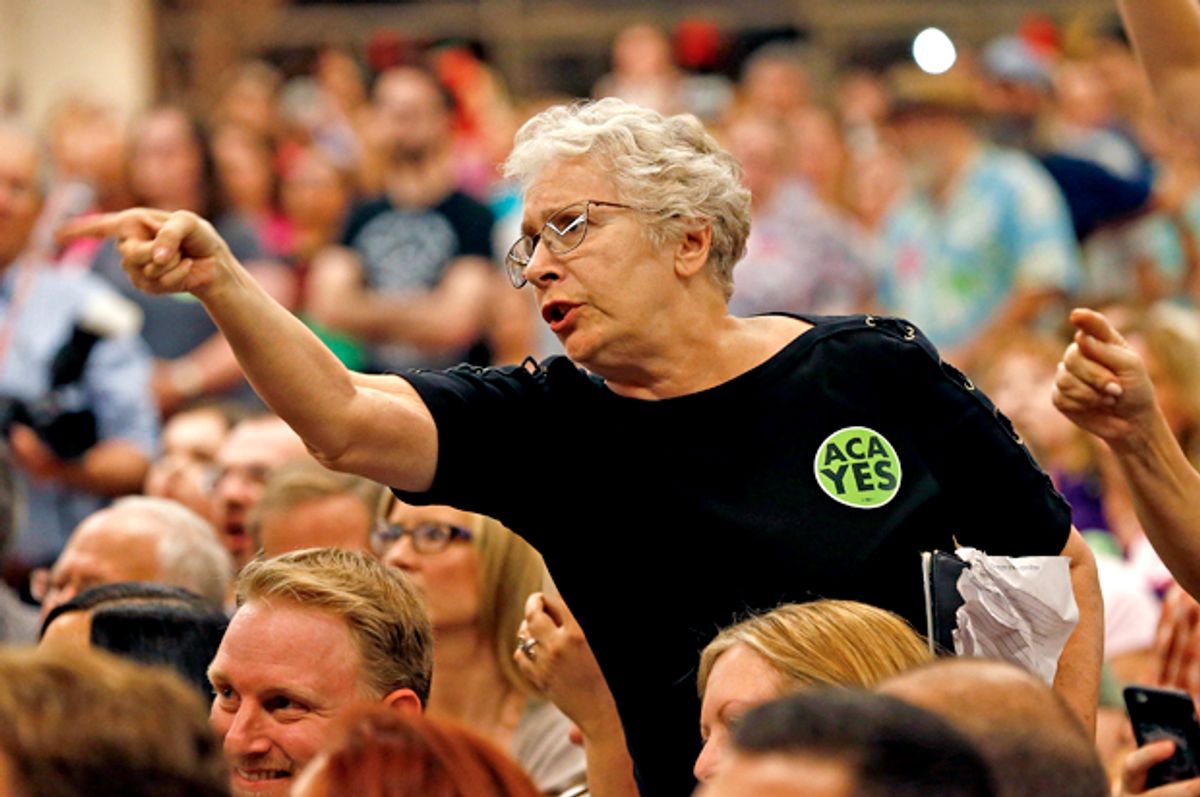 The Democratic Congressional Campaign Committee (DCCC) is staging a month-long ad campaign directed at 25 GOP lawmakers— including House Speaker Paul Ryan — who are unwilling to host town halls in their districts. While Congress is on August recess, Democrats feel this is the perfect time to launch an offensive when many lawmakers will be returning to their home districts.

The Committee hopes to mobilize the elected officials' constituents "[by] using Google Search ads to direct people who look up their lawmaker or seek information on town halls or health care to microsites that feature clocks showing how long it's been since their member of Congress held a town hall and calls to action," according to CNN.

The ads will tap into the energy of the resistance movement — which has been active since President Donald Trump was inaugurated in January. Constituents have actively communicated with their elected officials at town halls, often registering their disapproval of Republicans' plans to repeal Obamacare. In response to dealing with angry constituents, some Republicans have tried to silence them by accusing outside groups of coming to town halls and disrupting dialogue.

If the GOP in Congress are "too scared to face them (constituents) at public town halls," to talk about Trump and health care, "they don't deserve to be in Congress," a spokesman for the DCCC told CNN.