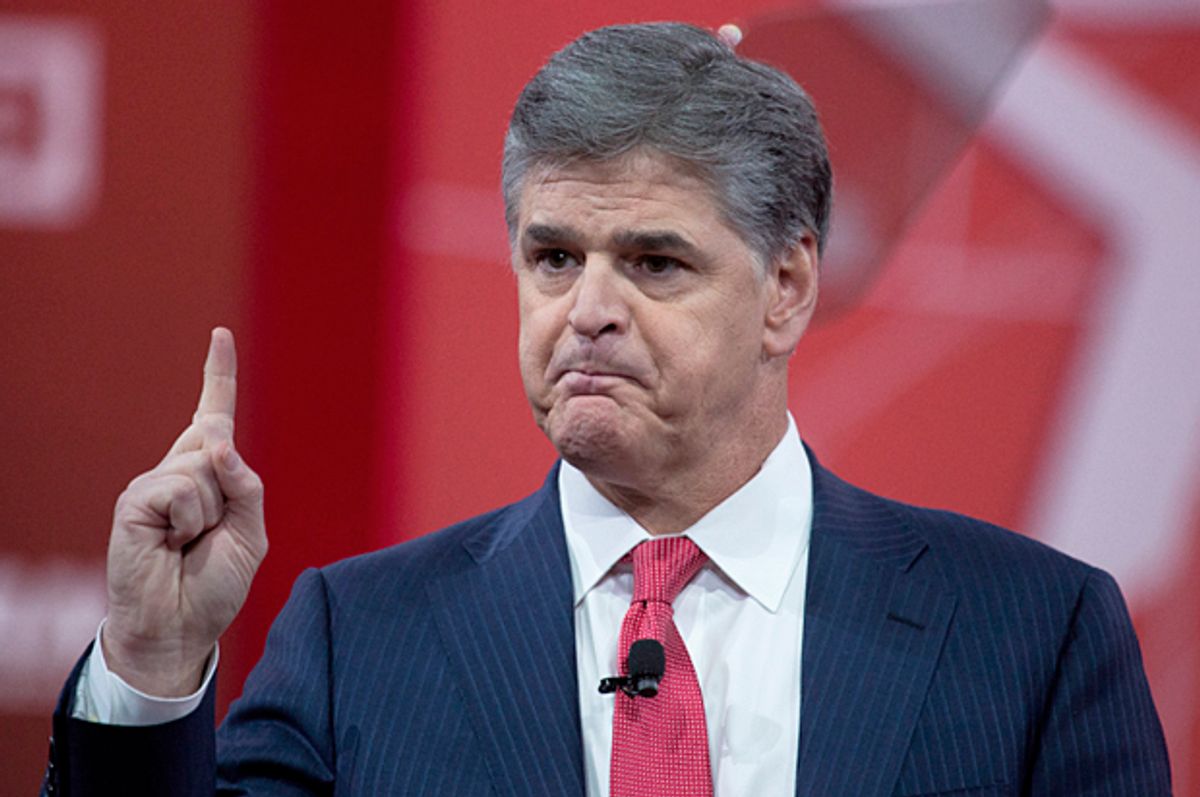 Sean Hannity on Tuesday pledged to refrain from "all petty political disagreements" for a whole 12 hours following news that North Korea had miniaturized a nuclear warhead to fit on an intercontinental ballistic missile. But the Fox News host could not even make it eight hours before he started hurling insults at his political opponents.

For Hannity, 12 hours of petty-free discourse is abnormal. So when he swore to abstain from any and all political disagreements, few on Twitter took him seriously. The conservative commentator has lashed out at anyone who does not blindly support President Donald Trump, labeling them unpatriotic traitors.

Hannity's loyal support for Trump began far before the Republican primaries. Hannity and Trump had developed a friendship over the years as two wealthy blowhards who shared a loathing for former President Barack Obama.

Hannity spends his days distracting from all the scandals Trump has manufactured over the last eight months. On his show "Hannity" Tuesday night, the pundit blamed the situation with North Korea on former President Bill Clinton.

Hannity's coverage of American politics is not just ramblings from an overpaid news broadcaster. It has become a coordinated propaganda campaign with members of the White House. After Hannity tweeted his potshot at McConnell, Dan Scavino, the White House director of social media, regurgitated the same talking point on Twitter.