"You're going to get us all killed": Stephen Colbert begs Trump to shut up about North Korea 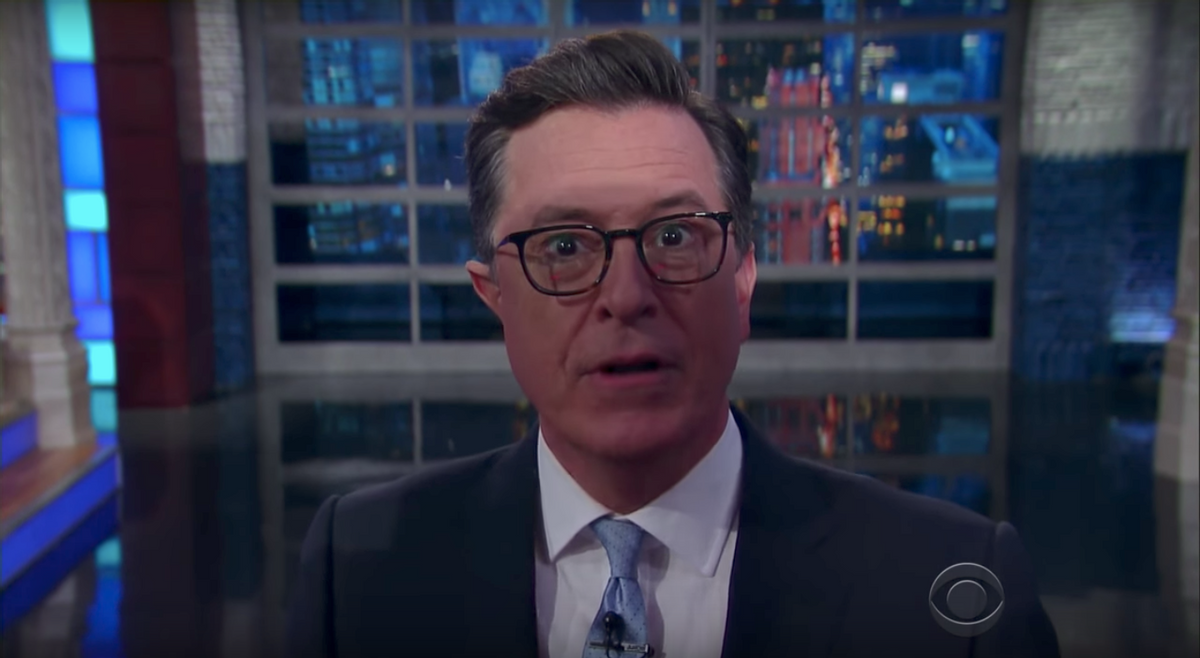 Stephen Colbert knows that some of his viewers rely on him to provide the news of day, albeit with a few jokes thrown into the mix.

"They count on me to be a straight shooter with a calm voice," he said to start his monologue Tuesday. "I don't want to be an alarmist, but we are all going to die."

The host of "The Late Show" was referring to the burgeoning feud between President Donald Trump and North Korea's Kim Jong-un.

North Korea offered a hostile response to the U.S. for brokering a sanctions deal with 14 other countries from the U.N. North Korea made it known that it was only threatening the U.S. and that the other participating countries need not worry.

"Look, North Korea, stop trying to make us a thing, alright? I'm not saying what we have isn't special. But it's not exclusive. The United States, we sanction a lot of other countries. We sanctioned Russia just last week, and it felt pretty great," the comedian added. "Maybe you should threaten other countries too."

Whenever North Korea ratchets up its rhetoric, the world typically turns to the U.S. president for a response.

"Thankfully, faced with the greatest challenge of his presidency, Donald Trump stepped up and in a moment of pure statesmanship, deescalated the rhetoric and brought calm to our worried nation. I'm just kidding," Colbert joked.

"The Late Show" played the clip of Trump promising to bring "fire and fury" if North Korea continued with its threats.

An exasperated Colbert could barely react to the clip.

"Shut up! Just shhhhh. O.K.?" Colbert said. "You're going to get us all killed. And I just started the 'Handmaid's Tale.' You know Kim Jong-un is crazy, right? He's a loose cannon like Mel Gibson in 'Lethal Weapon' and also that one time he got pulled over."