Study: The Milky Way is swarming with black holes

A new survey suggests that there are "as many as 100 million" black holes in our galaxy, out of 100 billion stars 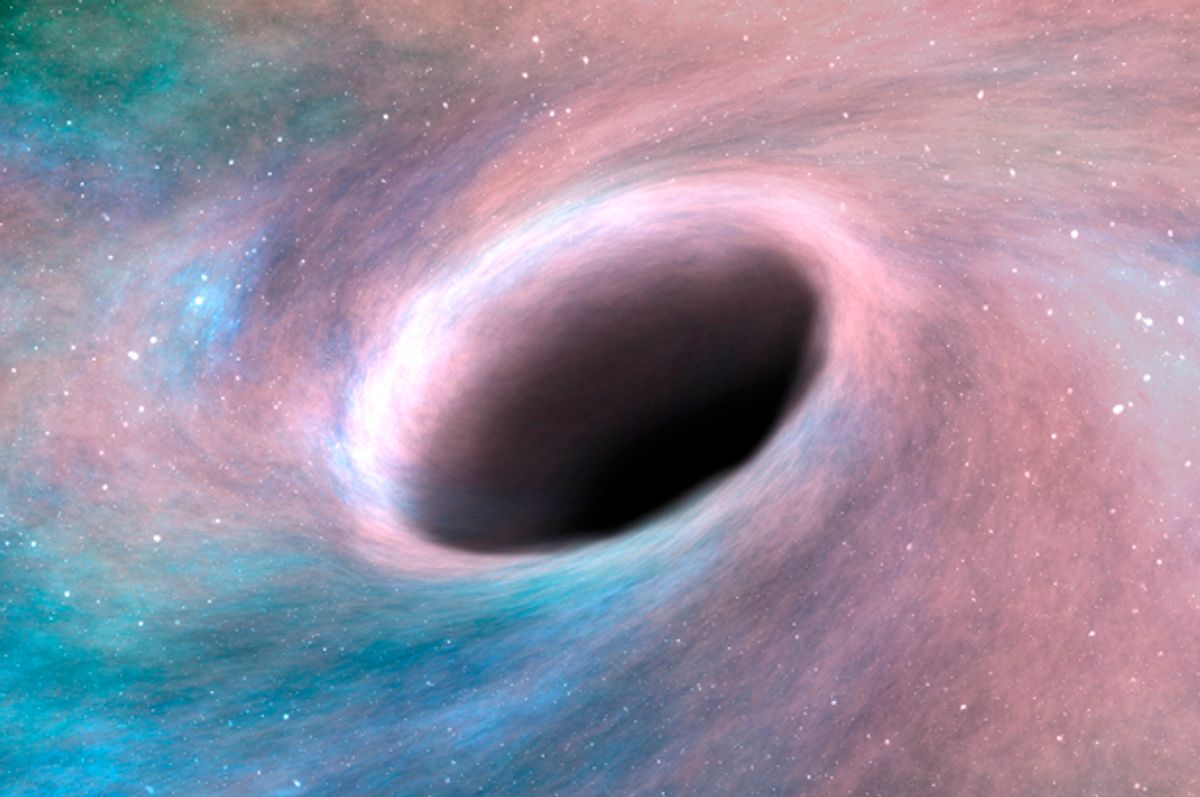 A new research paper from astronomers at the University of California, Irvine (UCI) suggests that there are way more black holes in the universe — and by extension our own galaxy — than previously thought.

The paper from UCI researchers Oliver D. Elbert, James S. Bullock and Manoj Kaplinghat, which was published in the Monthly Notices of the Royal Astronomical Society, uses new data on black hole mergers to propose a formula that relates a galaxy’s size to the number of black holes that it harbors. “Based on what we know about star formation in galaxies of different types, we can infer when and how many black holes formed in each galaxy . . . Big galaxies are home to older stars, and they host older black holes too,” Dr. Elbert said in a press release.

The idea that a galaxy’s size could predict its number of black holes is intuitive, in the sense that black holes are generally produced by large collapsing stars, and hence galaxies with a certain number of high-mass stars would produce more black holes. All galaxies, including the Milky Way, function to some extent as giant star nurseries; when one star dies and explodes, the resulting nebula will often create one or more stars in its wake. Our own sun, along with all the planets and moons in the solar system, was created from a nebula comprised of the ejected mass of a previous star or stars.

The model suggests that the Milky Way may harbor “as many as 100 million black holes,” according to Dr. Bullock. To put that number in perspective: there are an estimated 100 billion stars in the Milky Way, implying around one in a thousand are black holes.

The paper uses data from LIGO — an acronym for “Laser Interferometer Gravitational Observatory,” two twin gravitational wave observatories, in Washington state and Louisiana, that detect gravitational waves from astronomical events — and which, so far, have detected many black hole mergers, which are some of the most energetic events in the universe in terms of gravitational energy released. The emergence of this paper as a result of LIGO data is proof of the observatory’s import as a research instrument; LIGO had previously faced criticism for its heft $1.1 billion price tag.

Lest this new paper affect your interstellar travel plans, note that, contrary to popular belief, black holes are not relentless sucking machines. Indeed, you can orbit comfortably around a black hole as you might a regular star. It is only if you cross the black hole's event horizon — the point beyond which your escape velocity exceeds the speed of light — that you might find yourself trapped. Yet because many of the aforementioned black holes may be quite small, 30 times the mass of our sun or less, their event horizons are quite small — 100 kilometers distant from the singularity, or nearer. Any good galactic travel agent will recommend against such a close approach with any massive astronomical object, whether main sequence star, neutron star, or black hole.