Sorry, folks, but you may be getting another "Twilight" movie

Given all that cash the franchise made, Lionsgate is loath to let it go 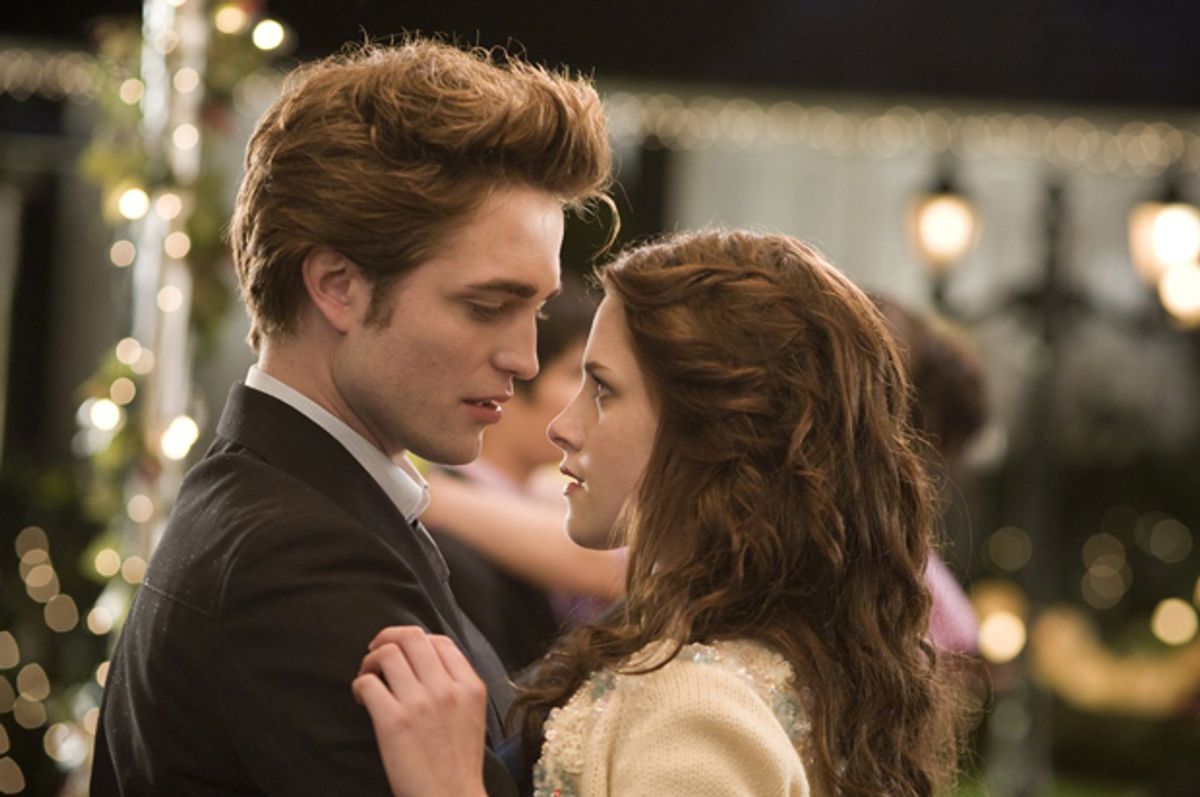 But as is often the case in Hollywood, bad films earn big bucks. The five “Twilight” movies raked in more than $3 billion at the box office worldwide, almost nine times the cost of producing them.

Now it seems that Lionsgate Films is willing to, for lack of a better word, inflict us all with more slow, joyless romance and extreme close-ups of eyes and mouths. The “Twilight” series was largely ridiculed by critics, garnering an average Rotten Tomatoes score of 42 percent.

Variety reports that Lionsgate CEO Jon Feltheimer would get started on another chapter of the saga should “Twilight” book author Stephenie Meyer give the green light on whatever screenplay emerges.

“There are a lot more stories to be told, and we’re ready to tell them when our creators are ready to tell those stories,” Feltheimer said during a conference call with financial analysts on Tuesday, referring to both “Twilight” and “The Hunger Games,” the dystopian film trilogy that rang up nearly $3 billion in worldwide ticket sales.

If Lionsgate eventually develops a Twilight reboot it will have to find new, equally sleepy actors to replace Kristen Stewart (Bella Swan), who is 27, and 31-year-old Robert Pattinson (Edward Cullen). Not even the caked-on makeup used in the previous films is going to help them pass as teenagers, so if they were to participate they would have to play adults, possibly in cameo roles.

But that’s unlikely. Pattinson and Stewart have distanced themselves from the success of the franchise through statements and slates of challenging, arresting and sometimes unflattering indie films.

Stewart recently appeared in the war drama “Billy Lynn's Long Halftime Walk,” which received tepid reviews and bombed at the box office, though her work in Olivier Assayas' "Personal Shopper" and "Clouds of Sils Maria" mesmerized many who saw the limited-release films. She will be appearing in two upcoming projects, “Lizzie,” a biographical thriller about axe murderer Lizzie Borden, and the disaster thriller “Underwater.”

Pattison has also gone the art-house route with appearances in uncompromising projects including "The Rover," "The Childhood of a Leader," "The Lost City of Z"  and "Good Times," which debuts in theaters later this week. Down the road, he will appear in “Damsel,” a western comedy that’s currently in post-production, and is currently filming “High Life,” a sci-fi thriller.