Four months after being booted from Fox News, Papa Bear is dipping his toes into premium streaming content 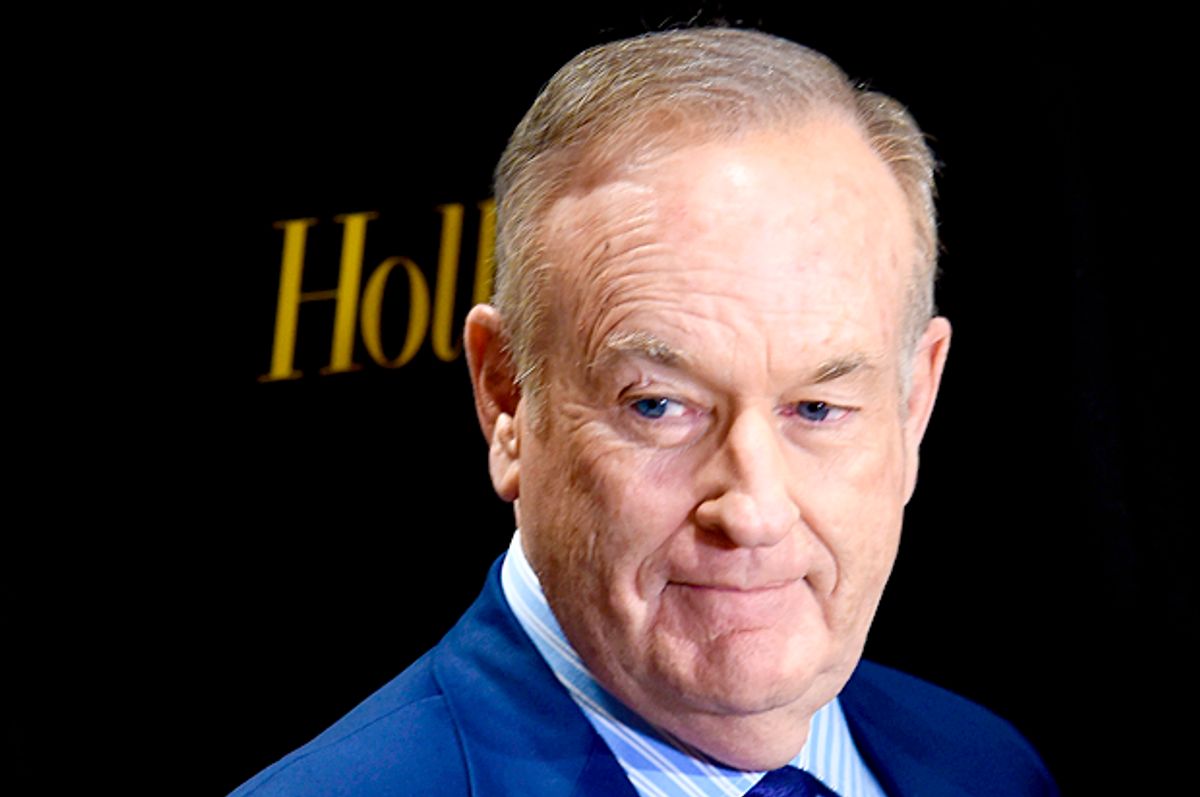 One of America’s most famous blowhards, who built his fortune peddling his views to millions of factually challenged fans, is testing the public’s willingness to pay to watch him rant about liberals, gay marriage, black people in hoodies or whatever topic du jour has angry old white men cursing at their TVs.

Four months after Bill O’Reilly was booted from Fox News over sexual harassment allegations, the 67-year-old is betting that his loyalists will follow him into the world of premium internet-based broadcasting.

“Today we are starting an experiment,” O’Reilly said in a blog post Wednesday announcing the first episode of the new streaming version of his subscriber-only “No Spin News” podcast he’s been doing since his departure from Fox. Describing his new format as a prototype, O’Reilly is hoping that viewers will pay $50 a year for the half-hour-long studio-produced streaming news show. (It’s $55 if you don’t want the subscription to automatically renew.)

Premium subscribers will have same-day access to the “No Spin News” on the night it airs, while everyone else can watch the program the following day. Yes, you'll save money by holding on for a bit to watch Bill's latest screed. But, really, who can put a price on getting to hear O'Reilly before your equally angry neighbor?

Subscribers will also get access to 10 years’ worth of O’Reilly’s right-wing views from his Fox News program “The O’Reilly Factor,” as well as a daily newsletter, access to a members-only message board and a free gift, such as a “No Spin” hat or a copy of one of O’Reilly’s books on American history. All things considered, it's an impressive bargain for anyone who desperately hates "thugs" as much as they love Ann Coulter.

The program debuted Wednesday evening with O’Reilly dressed in a suit and tie rather than the more casual wear he’s been sporting on his podcast. But the content remains largely the same as it has been since he started at Fox in 1996 — right-wing takes on the day’s headlines. On Wednesday night he discussed President Donald Trump’s ominous response to North Korea’s Kim Jong-un’s threats and the FBI raid on the home of former Donald Trump campaign manager Paul Manafort.

He also interviewed two guests via Skype during his debut program, radio and TV host Michael Smerconish and syndicated columnist Ruben Navarrette, both of whom have praised the O’Reilly in the past.

Indeed, O’Reilly’s passion made “The O’Reilly Factor” the top cable news program for 15 consecutive years, bringing in about $40 million in quarterly ad revenue in 2016.

Some have questioned whether O’Reilly can succeed in the premium streaming space. O’Reilly acknowledged in his August 3 podcast it might be difficult to get his older fans to switch from the cable box to the internet. O’Reilly has always had a core fan base among older Americans, so the trick will be to see how many of his younger more tech-savvy fans are willing to pay for the new show.

With so much opinion-peddling in the media today, it might not be easy to convince people to pay for spin. But this is Papa Bear, and Papa Bear had more than 3.6 million viewers ages 25-54 who watched him on Fox. That’s a lot of potential bear cubs.