The reason behind the stunt? To protest Trump "as a weak and ineffective leader" 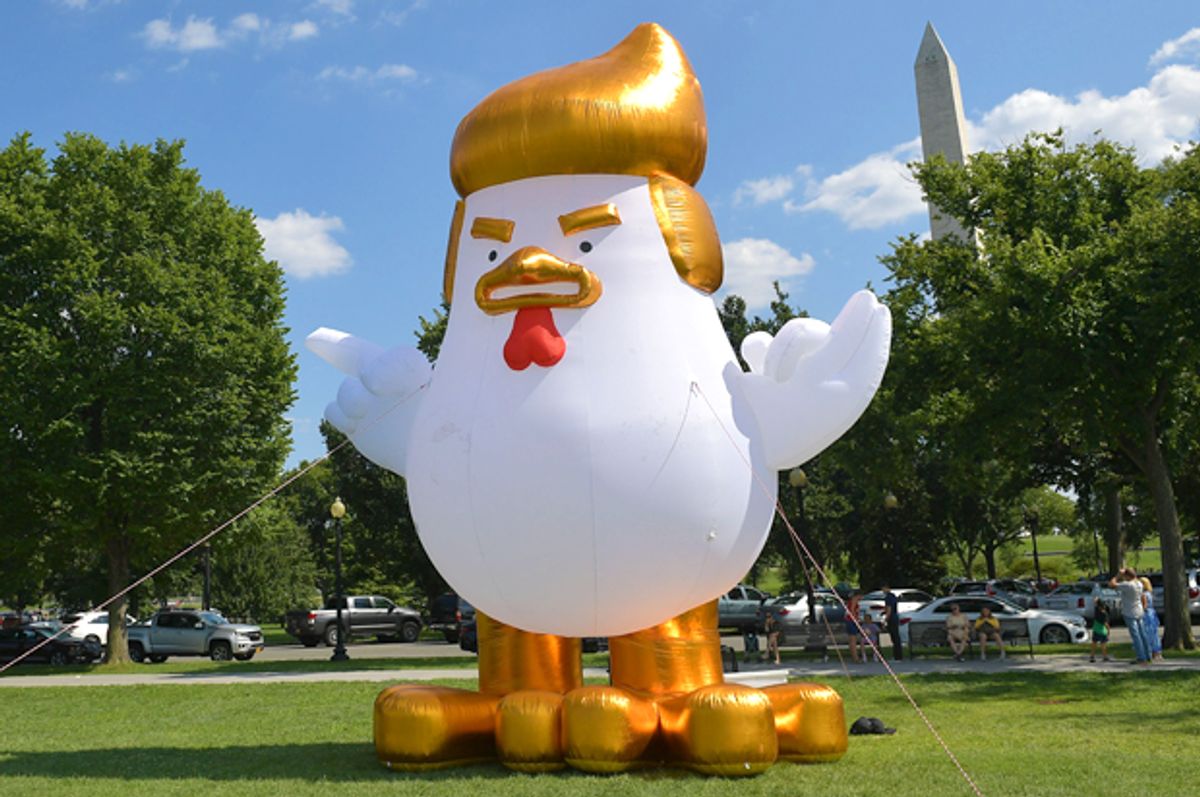 There are lots of moments in politics over the last two years that will surely be highlighted in history, but this one should serve as no more than a lighthearted comedic metaphor for the current times we are in.

On Wednesday a massive inflatable chicken that was made to look like President Donald Trump — hairdo and all — was placed on some land just south of the White House, perfectly visible for cameras to capture, according to ABC News. The inflatable figure soon came to be known as "Chicken Don," and the five-month long process to execute the protest may have proven to be worth the wait.

"We're here to criticize the president as a weak and ineffective leader," said Taran Singh Brar, a documentary filmmaker behind the protest. "He's too afraid to release his tax returns, too afraid to stand up to Vladimir Putin, and now he's playing chicken with North Korea."

Brar was able to obtain permits from the Secret Service as well as the National Park Service, according to USA Today. "The tallest thing they usually allow on the Ellipse is the national Christmas tree," he said. "They gave me a waiver for the 30-foot chicken Don."

The president is currently on a 17-day vacation as the White House undergoes renovations, so he wasn't able to meet "Chicken Don" in person. Brar said she "felt a little bit bummed" that Trump wasn't in Washington but also said she "realized it's actually better because the [symbolism] works and the Secret Service won't be as jumpy."

Of course the protest went viral on social media and evoked some great reactions.