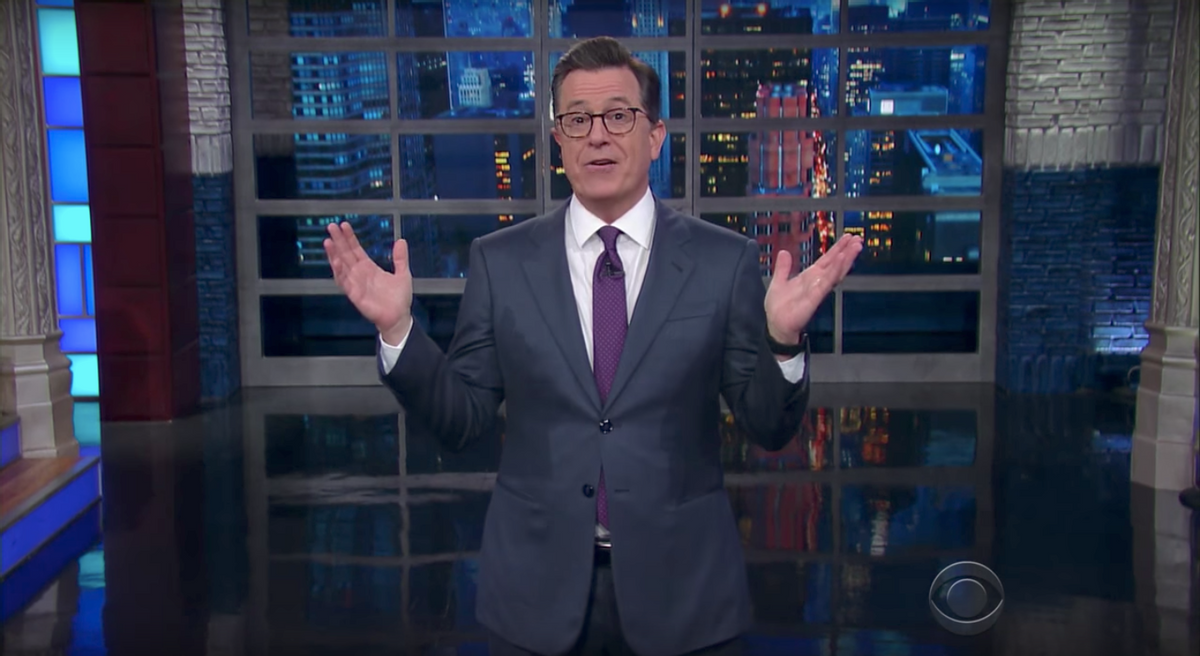 There's been some mass hysteria the past few days regarding the dangerous rhetoric President Trump and Korean leader Kim Jon-un have thrown at each other. But perhaps the most bizarre remarks on the subject come from Southern Baptist Pastor Robert Jeffress, who said that "God has given Trump authority to take out Kim Jong-un."

Stephen Colbert, himself a practicing Catholic, had a hard time believing his God would approve of such a thing.

"Take out? Is that how God talks?" Colbert said during his opening monologue Wednesday.

Colbert then gave his best effort at an Italian mob boss accent: "'Get Donny baby to answer the phone. I want him to take out Kim Jong-un. Same way we took out Sodom and Gomorrah: Fire and Fury. I want Kim Jong-un to sleep with the loaves and the fishes."

The host of "The Late Show" joked that "Jeffress is on sound theological ground here," just as Jesus was when he said on the Sermon on the Mount: "Blessed are the peacemakers; but just in case, let's nuke the bastards."

Because there is so much confusion about whether Trump has the moral authority to attack North Korea, Colbert went straight to God himself to find out what he thinks. Colbert asked God if it was true that he approved of nuking North Korea.

"Oh, yeah, always on America's side when it comes to blowing stuff up," God said.

"But that goes against your whole message of peace and forgiveness," Colbert responded in the bit.

"I never said that. That was my hippy son. One semester of liberal arts college and all of a sudden it's love thy neighbor and quinoa is a super grain."