The gripping story behind the case for Trump-Putin collusion 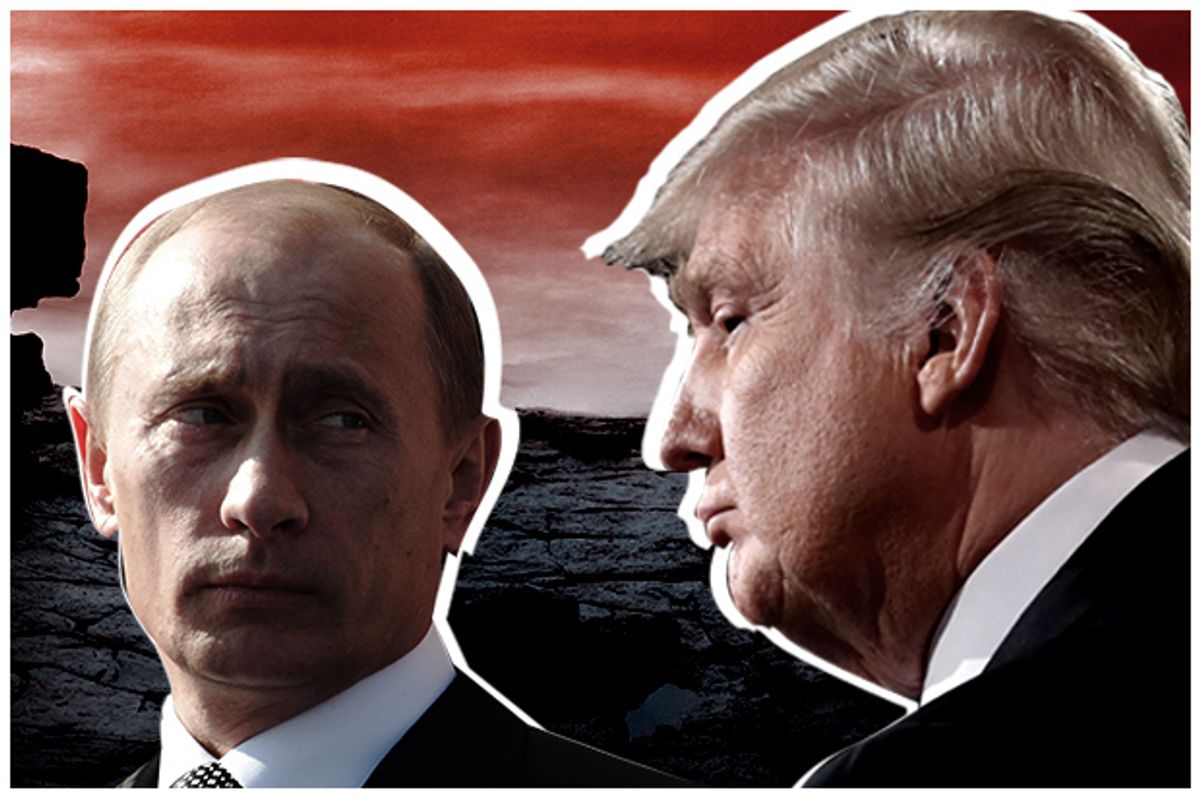 The most important witness so far in the investigation of President Trump’s ties to Russia didn’t even qualify for CNN.

While the Washington press corps and the rest of the world was distracted last week by the antics of the Mooch, Spicey, and the Donald, Bill Browder, an American-born British banker, was relegated to the side stage of C-SPAN3. For the Senate Judiciary Committee and the hard-core cable audience, Browder laid out what NPR called “a terrifying and complex picture of Putin’s Russia."

A week later, Browder’s testimony remains the #1 article on TheAtlantic.com website, and for good reason. It is a gripping story that makes sense of the motive forces behind the collaboration of Trump and Putin in the 2016 election.

While Browder was only summoned to Capitol Hill to talk about the Foreign Agent Registration Act, his testimony about Putin’s government provided something that Washington and the public at large sorely need. Amid a welter of revelations and allegations, Browder provided a coherent narrative of how and why Putin sought Trump’s help.

Browder is well qualified to tell the tale. He is the grandson of Earl Browder, the leader of the American communist party who had lived in the Soviet Union in the 1920s. In the ultimate act of familial rebellion, Bill Browder emigrated to Europe after the fall of the Berlin Wall in 1989.

“My grandfather had been the biggest communist in America,” he wrote in a memoir, “and as I watched these events unfold, I decided that I wanted to become the biggest capitalist in Eastern Europe.”

Browder founded and ran one of the largest investment firms in Russia, Hermitage Capital Management, from 1996 to 2005. He made a fortune but learned the hard way about the price of crossing Russian President Vladimir Putin.

Browder claimed Putin demands a 50 percent cut of all major business ventures in Russia, making him the world’s richest man with a fortune of more than $200 billion stashed in Western banks. The figure is impossible to confirm, but Browder’s personal story of life among the oligarchs makes it sound plausible.

When a group of Russians muscled Browder and a partner out of $230 million via extortion and forgery, he and his lawyer Sergei Magnitsky went to the authorities with a fraud claim.

"And we waited for the good guys to get the bad guys," Browder said. "It turned out that in Putin's Russia, there are no good guys."

Browder’s account would make for an gripping Hollywood screenplay. Magnitsky was arrested and when he refused to withdraw Browder’s case was mistreated and eventually died in Siberian prison, Browder dedicated his life to exposing Putin. In return, he got a reign of terror. One of the lawyers on his team was poisoned; another was thrown out of a fourth-floor window (and survived).

Seeking justice for his dead friend, Browder came to the United State to press U.S. senators for passage of a law to sanction the Russian officials involved in the Magnitsky affair by prohibiting them from entering the United States or using the American banking system. Putin retaliated by prohibiting adoption of Russian children by American citizens.

“The Magnitsky Act created real consequences outside of Russia and this created a real problem for Putin and his system of kleptocracy,” Browder testified.

In the spring of 2016, Putin was probing for ways to get the Magnitsky Act repealed. A Russian attorney Natalia Veselnitskaya become "the point person" for Putin’s campaign against the law and Browder.

When she offered incriminating information to Donald Trump Jr., the president’s son replied “I love it,” and arranged a meeting with his brother-in-law Jared Kushner and then campaign manager Paul Manafort.

The result was the famous June 9, 2016, meeting in Trump Tower. The Washington Post reported Tuesday that when the New York Times first reported on the meeting in early July  2017, President Trump personally dictated the false statement that the “unimportant" meeting only concerned Russian adoptions.

(A trivial conclave about "adoption" is Jared Kushner’s story too, and he’s sticking to it, albeit not under oath.)

In fact, the meeting concerned the repeal of the Magnitsky Act and what it would take to get it repealed.

The highlight of Browder’s testimony came when Sen. Dianne Feinstein D-Calif. asked Browder if the meeting could have been the Russian government's way of offering a "quid pro quo" in exchange for repealing the law that Putin loathed.

"This was a big ask," Browder replied. The Russians were seeking to roll back sanctions that crimped the travel and finances of Putin and his circle of oligarchs. "They wouldn't have gone in and said 'please can you repeal this for us,' without having something to offer in return.”

That was the art and the essence of Trump Tower deal: DNC dirt in exchange for Magnitsky Act repeal.

To be sure, Browder has not proven a violation of the law beyond a reasonable doubt, as Glenn Greenwald and others have demanded. Special Prosecutor Robert Mueller will have to decide what, if any, laws were broken there.

But Browder strengthened the case for collusion by clarifying in vivid language the reasons for the June 9, 2016, meeting. He has identified the essentials of the corrupt bargain that drove Trump’s assault on Hillary Clinton and his embrace of Vladimir Putin during the 2016 election.