To help ease tensions and allow American to sleep better at night, O'Brien brought out his guitar 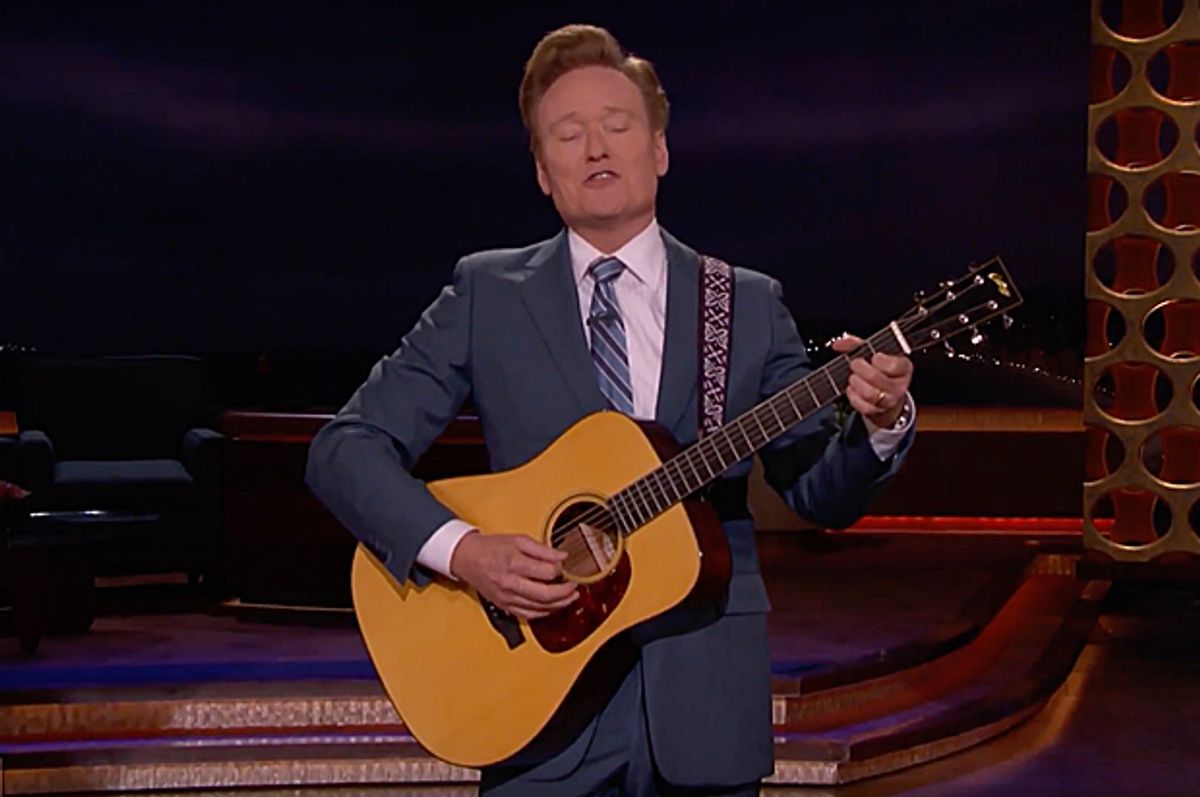 Last night, late-night host Conan O'Brien gave the troubled children (and adults) of America exactly what they needed — a lullaby to soothe them into a peaceful, non-nuclear night's sleep.

He then quoted quoted a statement by Secretary of State Rex Tillerson: "Americans should sleep well at night."

"Now I am a patriot," O'Brien said. "And I want to help Americans do just that."

O'Brien, an unlikely Woody Guthrie or Raffi, broke out his guitar and said, "the whole world knows I have a very beautiful singing voice."

"I'm gonna sing America to sleep right now with a soothing lullaby," he said. The late-night comedian softly sang his lullaby, "Hush my country go to sleep, fall into a slumber deep."

"Everything will be ok, tomorrow is a brand new day new day, Kim says that he has a bomb, and he's got it aimed at Guam."

"But that island's far away, so screw it I think we're okay, we're going to be okay, where's Guam anyway?" O'Brien sang. If anything could have calmed the fears of an anxious nation looking down the barrel of a nuclear conflict, it would have been this redheaded giant and his appeal to our geographical ignorance.

Of course, those who did manage to find succor in sleep awoke Friday morning to a fresh nightmare as Trump issued another threat on Twitter. "Military solutions are now fully in place," he wrote. "Locked and loaded, should North Korea act unwisely."

The Washington Post reported that China is only likely to intervene if the U.S. were to strike North Korea first, but would not help the nation if they took action against the U.S. or any of its territories. Hope you have a Xanax handy tonight.