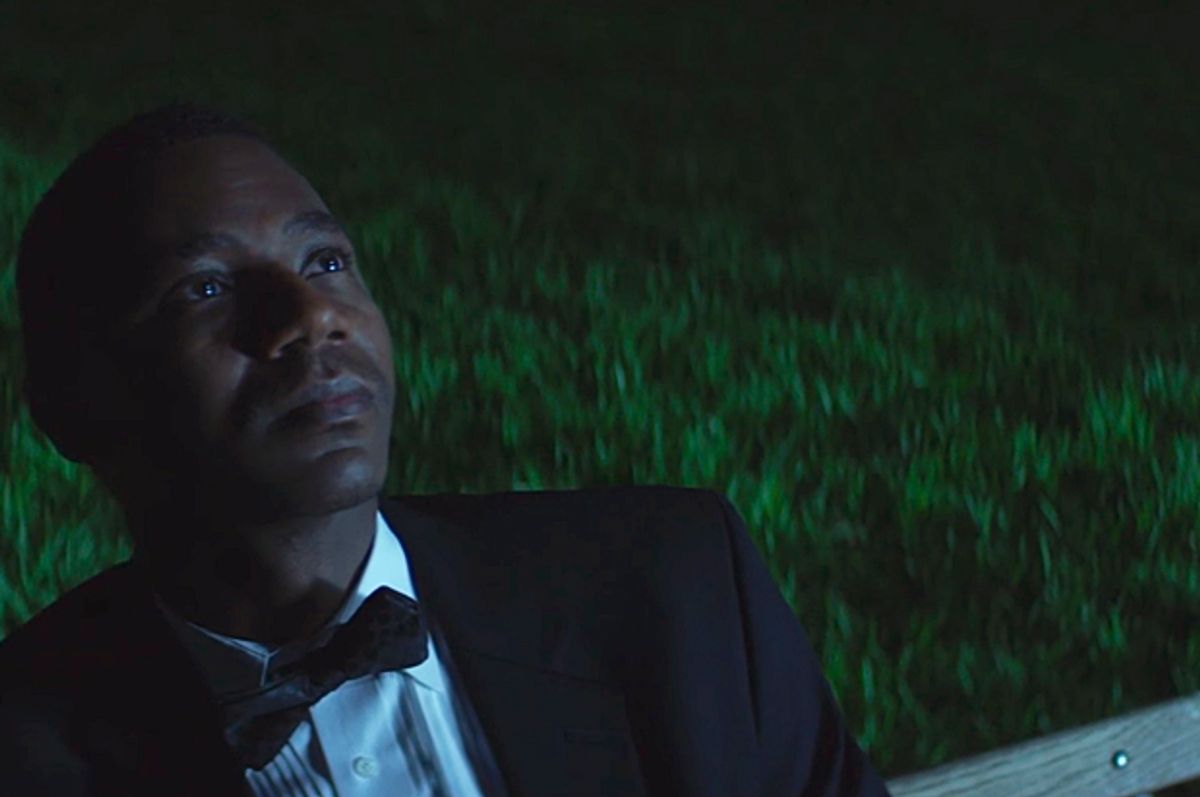 When we first brought you news — and a sort preview — of Jay-Z's "Moonlight" video, it was only possible to see the full thing on Tidal, a streaming music and visual service no practical-minded person who is in possession of a pirated copy of the "Lemonade" movie should subscribe to.

Now, the full thing — which is somewhat of an all-black remake of the all-white NBC hit "Friends" — is available on YouTube for your viewing pleasure. And a knowing, self-aware pleasure it is.

Yes, it's great to see Issa Rae as Rachel, Tessa Thompson as Monica and and Jerrod Carmichael, Lakeith Stanfield, Lil Rel Howery and the wonderful Tiffany Haddish reenact at least part of the "Friends" episode "The One Where No One’s Ready," shot-for-shot, line-for-line. But that's not the real strength or the real purpose of director Alan Yang's ("Master of None") project. Thanks to the appearance of Hannibal Buress and the doubts of Jerrod "Ross" Carmichael, it becomes something so much more.

Boxed in an absolutely perfect recreation of the "Friends" set, these amazing black actors are also boxed into white narratives, white ways of talking, white ways of performing with only a few exceptions. It is, the video makes clear, not a victory that they are inhabiting the roles of these formerly white characters — it is a circumscription of their blackness.

Even when they take center stage in a Hollywood production, it is a hard fit, one that can be seen as a suppression of their genuine selves. One available interpretation here is that appearance and visibility in media does not always constitute full, meaningful representation. As the fictional Buress tells the fictional Carmichael, even his horrible role in a cruise-ship adaptation of "Pirates of the Caribbean" is perhaps better and more honest than this simple recasting of a white property.

The frustrated Carmichael walks away from a "subversion" that is not truly subversive and steps out into the moonlight to hear Faye Dunaway and Warren Beatty incorrectly proclaim "La La Land" winner of the Academy Award for Best Picture (an award "Moonlight" won). There, the distance between the where we are now to black ownership of the black image seems as far as the earth and the moon . . . at least for now.

See the whole video below.