In many ways, it's worse than being ghosted. This is how people lead each other on via text 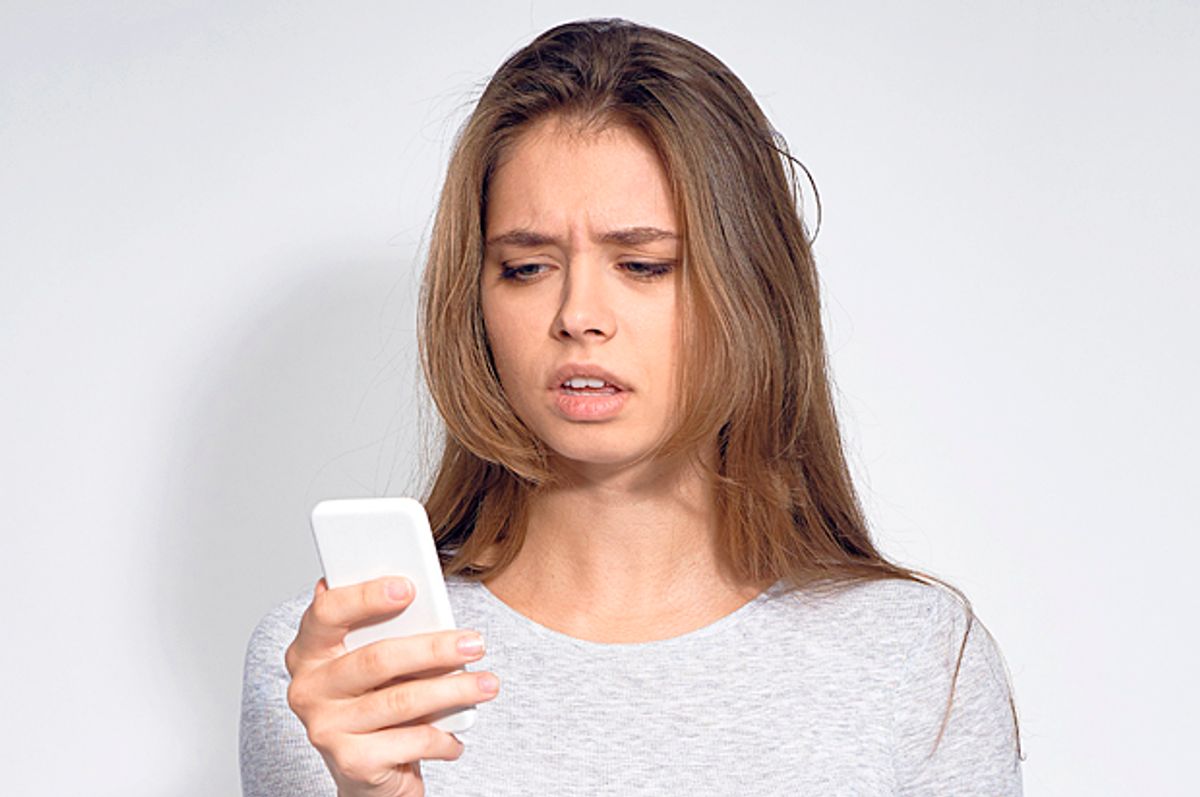 Have you ever received a consistent stream of really complimentary texts, only to be disappointed because the guy never seems to follow up and make a plan to see you? We've all been there. It's shocking and disappointing when actions do not follow words — especially when the words are so seductive. In this modern world of online dating with constant text messaging, it's important to be on guard. Many men have no desire to commit to seeing you but will send you enticing texts, known as "breadcrumbs," to keep you in his line-up.

In fact, I fell in love with a man in Italy who kept me hooked through his breadcrumbs of texts and emails. I wrote an entire book, "Smoke Drink F*#K" (Riverdale Avenue Books) about a seasoned breadcrumber who led me down a primrose path and promised to marry me. That was never his intention -- it was really to keep me hooked.

Here are some ways to recognize breadcrumbing so you can avoid getting played:

Recovering from someone who’s breadcrumbing you isn’t easy. His words can be so seductive, making you feel so special and adored. The best way to recover is to move on and find a guy who is truly worthy of you and wants to spend time with you. Pay attention to actions, not words. It's just so easy to type anything in a text message. Remember the next time you text a new guy to not believe everything he types. It may very well just be a breadcrumb.

Esme Oliver has worked as an attorney, a health-care lobbyist, and a legislative director for two U.S. Senators. Her new book "Smoke Drink F*#K" (Riverdale Avenue Books) is out now.