Matter? Dark matter? It doesn't matter — if it's got mass, cosmologists can map it 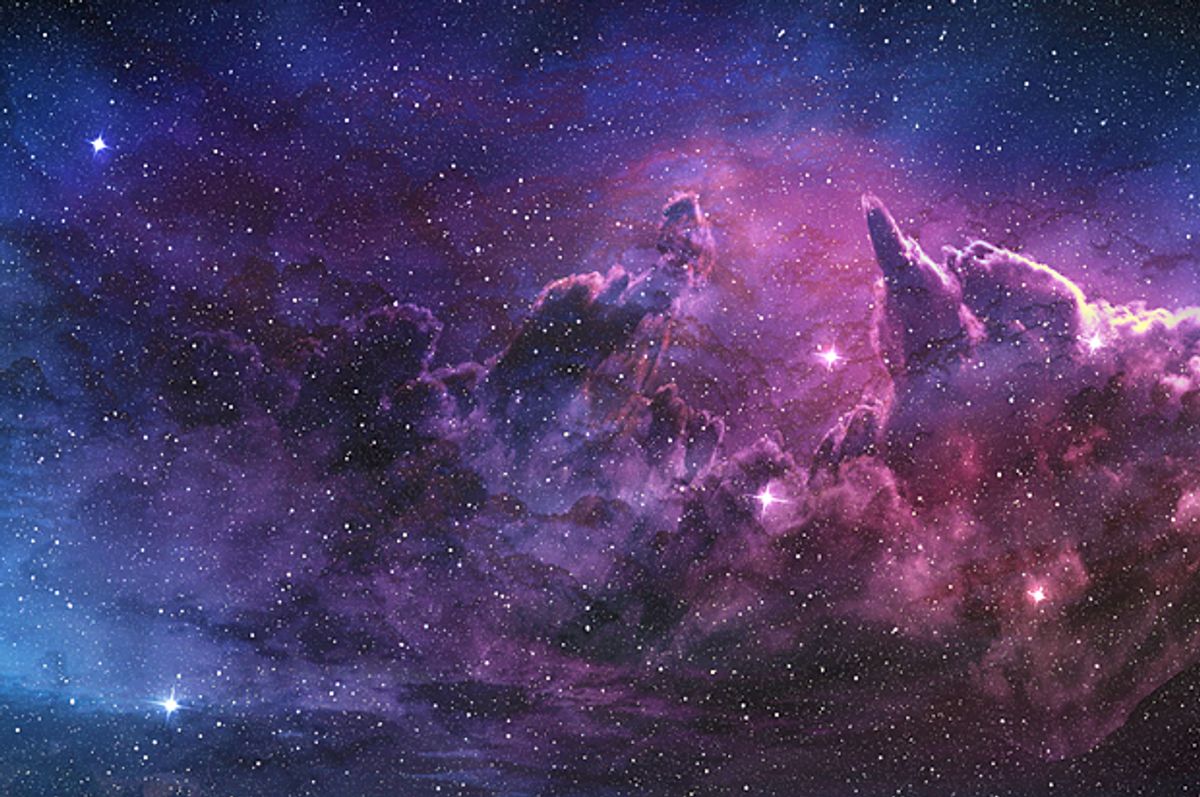 If you aren’t sure what dark matter or dark energy are, don’t feel insecure about it — scientists aren’t entirely sure either. (There are some very convincing theories, though.) Combined, the two entities make up approximately 96 percent of the matter and energy in the universe — meaning “normal” matter, like what comprises you and everything you interact with, is the exception.

This week the Dark Energy Survey, a consortium of scientists across the globe, released a number of papers from the first year of their collaborative research effort, one of which produced “the most accurate measurement ever made of the present large-scale structure of the universe,” according to a press release. The map, pictured, shows a portion of the sky with the density of matter, both dark and ordinary, depicted on a color scale.

Mapping the density of ordinary matter is one prospect, but mapping dark matter — which emits no direct light and seems to interact with ordinary matter in no way except via its gravity — is another prospect entirely. A plurality of cosmologists believe that dark matter is made of heavy particles that interact gravitationally with normal matter, and yet also interact with each other — and exert a sort of pressure on neighboring dark matter particles that prevent them from clumping together too much. Scientists can actually see dark matter "haloes" around galaxies, by observing how distant light bends around galaxies, or how galaxies seem to have more mass than their observable ordinary matter suggests.

Within the solar system, the effects of dark matter are not recognizable; because it permeates the galaxy at a relatively even pressure, we flow through it constantly without noticing it, much as fish move about oblivious to water. It is only on galactic scales that it becomes noticeable.

This is precisely how the Dark Energy Survey was able to measure and map dark matter. The Blanco Telescope in Chile, armed with a 570-megapixel camera, “one of the most powerful in existence,” was “able to capture digital images of light from galaxies eight billion light-years from Earth,” DES scientists wrote. By studying these galaxies’ motion and interaction, as well as how they bend light, scientists were able to infer how dark matter affected them. From that, they were able to create this detailed map.

The map is incomplete — in part because the sky survey is incomplete. The above map depicts about 1/30th of the sky. The Dark Energy Survey plans to continue mapping the rest of the sky over the next few years.

It is possible that some parts of the sky may never be mapped; the reason being that our galaxy's stars partially occlude the view. Like many galaxies, the Milky Way is shaped like a thin wafer, with Earth about a quarter of the way from the center to the wafer’s edge. (The Milky Way's center is comprised of a very massive black hole, the common point around which the galaxy orbits.) From our edge-on view, the disk of stars in the Milky Way obscures detailed imaging of some parts of the sky. And also like most galaxies, ours is permeated with dark matter, whose presence can be inferred by how stars at our galaxy’s edge do not orbit at the same speed as the Newtonian mechanics of ordinary matter would suggest.

More mysterious than dark matter, however, is dark energy — a countervailing force to gravity, which, rather than pull things together, seems to be accelerating the expansion of our universe outward. How and why dark energy works its dark magic is still not well understood. Yet current science suggests that as the universe accelerates its expansion under dark energy's curse, distant galaxies will disappear from view entirely as they accelerate away from us. Eventually, the night sky from Earth will be lit only by those galaxies that are gravitationally bound to ours, and the rest of the universe will become unknowable.