"I don’t want to babysit grown men": A Florida tattoo artist among the hipsters 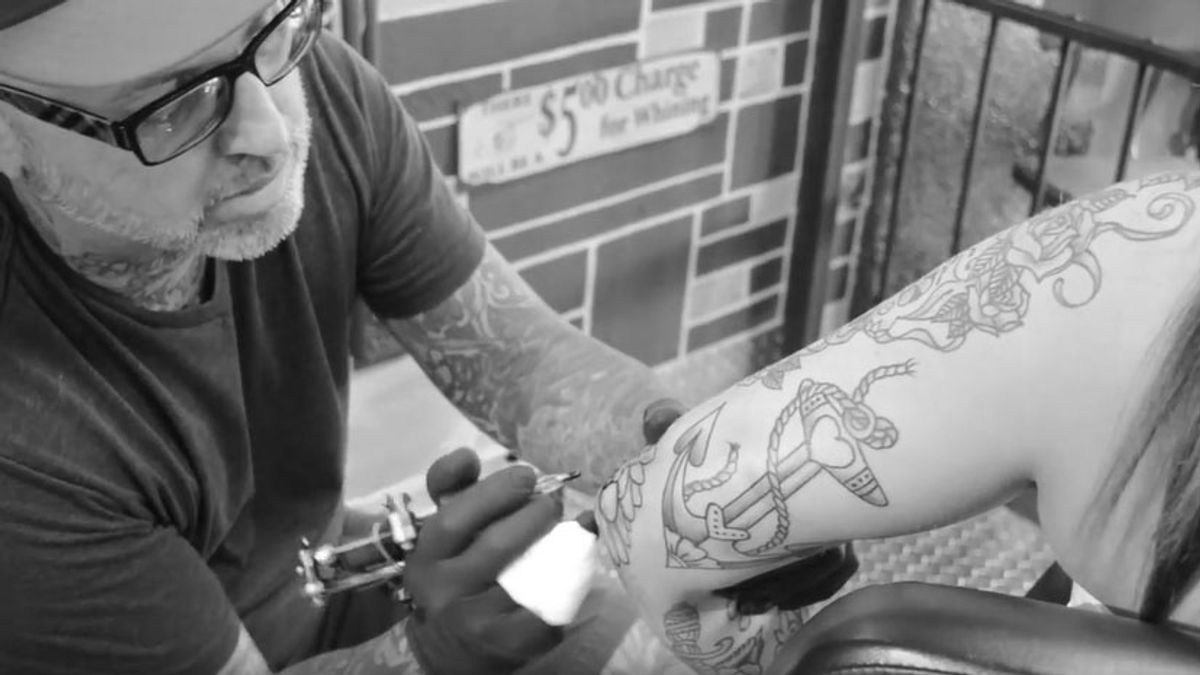 A couple sits with their baby outside the restaurant next door to Evil Don’s tattoo shop. People leisurely walk past them on Central Avenue near the Tampa Bay Rays’ Tropicana Field in St. Petersburg, Florida. It’s a breezy day – a brief respite from the area’s normally oppressive afternoon weather. Today, no one seems to be in a hurry.

“Twenty years ago this was a bad spot to be,” says Evil Don. “You wouldn’t see anyone out walking around, especially at night.”

St. Petersburg is Pinellas County’s largest city. Over recent decades, it’s been known for many different things: baseball fever, a haven for snowbirds, retirement. And as is the case with many cities around the country, it's also become known for the racial tension and income inequality that have become factors in the area’s development projects.

Evil Don’s shop sits on the rougher side of the interstate, which, historically, has served as a dividing line for the wealthy downtown area.

“When I first moved into this spot, there wasn’t really much going on,” says Don. “It was kind of like a ghost town – just my shop, a plumbing store and the bookstore.”

The 52-year-old Evil Don has seen views on the area change firsthand.

A note on his nickname: He got it 30 years ago when his co-worker at a marketing company called him evil because of his tattoos. Don fronted a heavy metal band at the time, so he used it as a stage name and it stuck.

“That was a long time ago, and I’ve never been evil,” says Don, who now has two young kids (included in a mural on the side of his shop). “It’s just a nickname, but people remember it —  that’s for sure.”

He opened his shop on the 20th block of Central Avenue about 13 years ago, and he’s been a professional tattoo artist in St. Pete for a total of 25 years.

After two decades in the business, he’s gained enough new and repeat customers to work as the sole artist at his shop, which is a lot different than most tattoo shops that rent out chairs to multiple artists.

After revitalization efforts over the past ten years or so, his shop is now surrounded by restaurants, hair salons and art galleries. There are also a bunch of other tattoo shops.

“It used to be people that got tattoos were on the fringe of society – outlaw bikers, convicts, and prostitutes,” he says. “But it’s more common now for police officers or professionals. There’s no limit; everyone gets them.”

Back when he started in the '90s, Don says, there were three or four tattoo shops in all of Pinellas County. Now, there are at least that many in downtown alone. Before they open, potential shops will even call him up to get his blessing. “That’s the old school way,” he says. “It’s not like the mafia or anything, they just do it out of respect.”